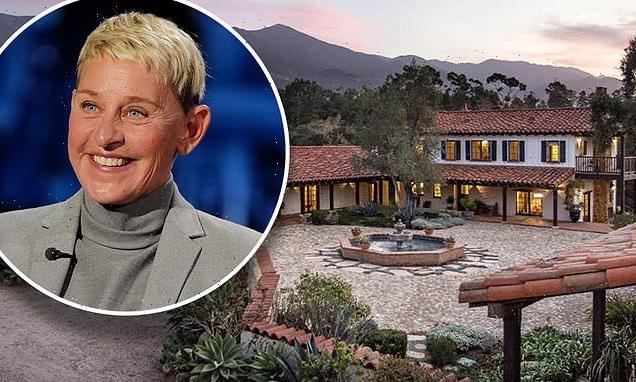 So good she bought it twice! Ellen DeGeneres pays $14.3M to buy back historic Montecito estate she sold in 2018 for $11M

She made a quick killing when she flipped a historic estate in  Montecito, California, in 2018.

And now Ellen DeGeneres has paid top dollar to buy back the Rancho San Leandro.

The daytime chat show host first purchased the property in 2017 for $7.2 million then sold it on to Tinder founder Sean Rad for $11 million.

Rad listed it for sale again a year later but had no takers, but has now found a buyer in the estate’s previous owner, THR.com reported Monday.

But, with post-pandemic real estate skyrocketing in price in Southern California, DeGeneres’ decision she wants the property back has cost her double what she originally paid for it. 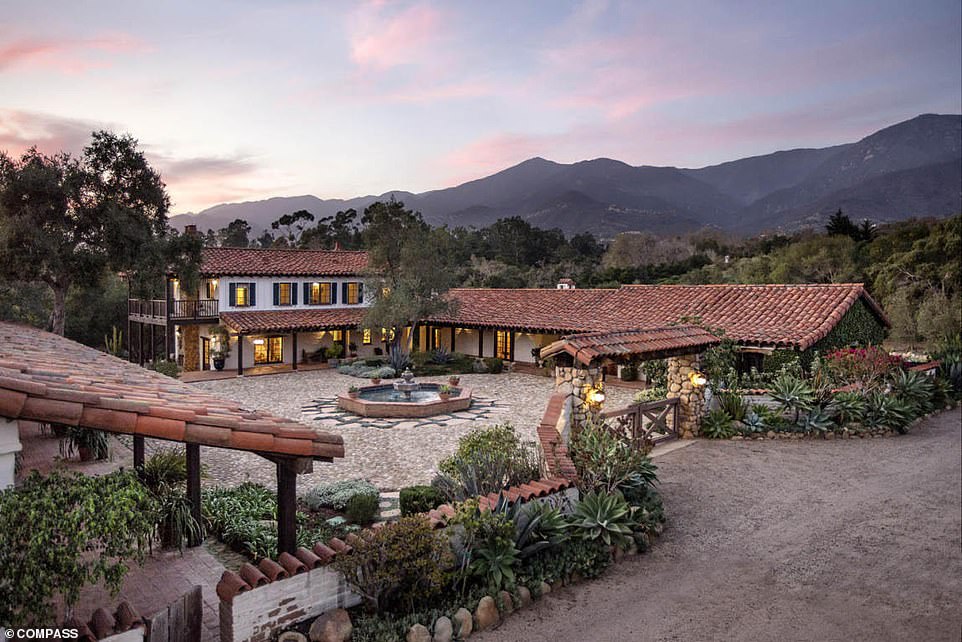 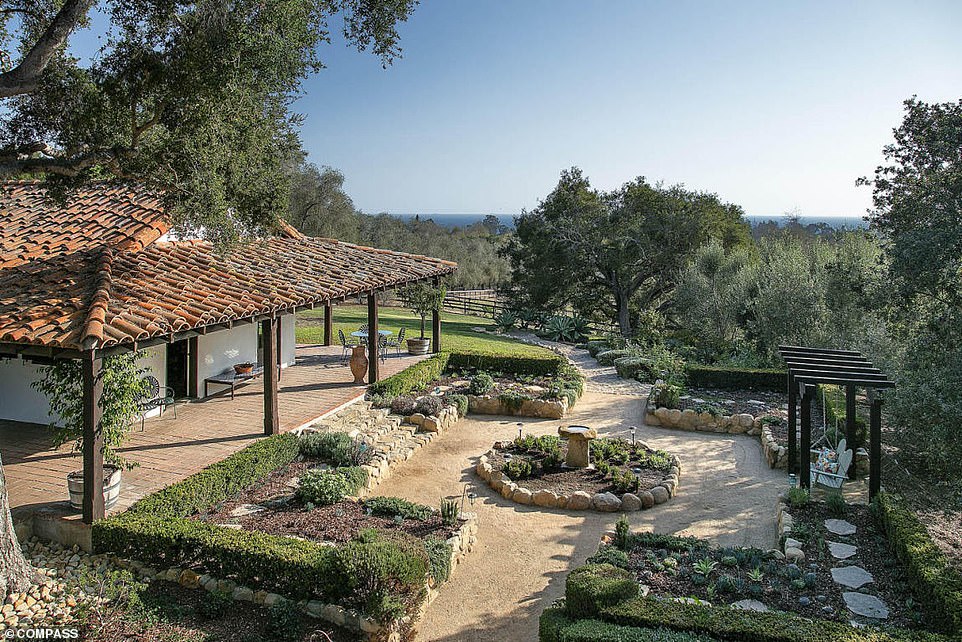 Rancho San Leandro dates back to around 1850 when the original one-bedroom, one-bathroom hacienda was built 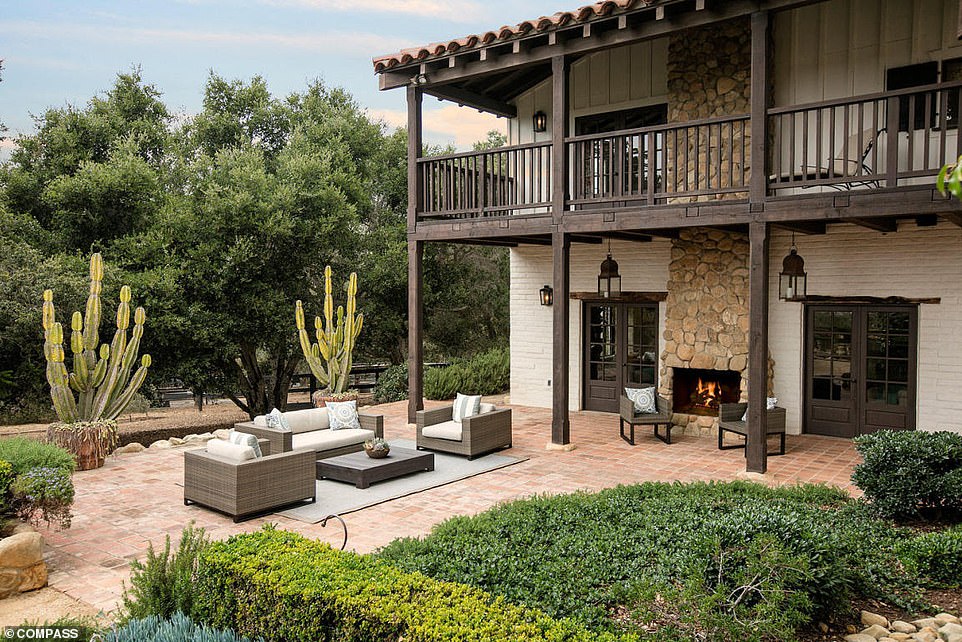 In 2006, a new two-story home was built offering two bedrooms and three bathrooms 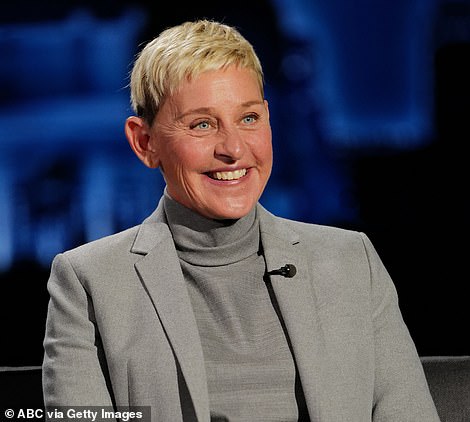 The original hacienda-style home was built on the land around 1850 and in 2006, a larger 3,600-square-foot residence was added.

The compound is surrounded by oak and eucalyptus trees and includes private courtyards and equestrian facilities.

The original 3,100-square-foot, single-story adobe hacienda has one bedroom and one bathroom and is built around a cobblestone courtyard.

It has a great room with living and dining areas and two fireplaces. 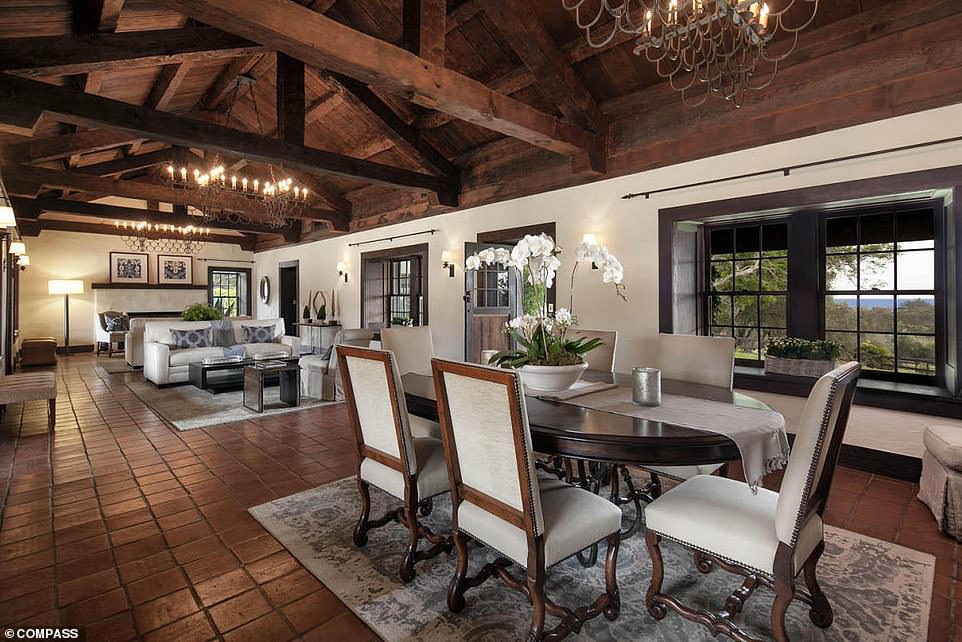 The original 3,100-square-foot, single-story adobe hacienda has a great room with living and dining areas 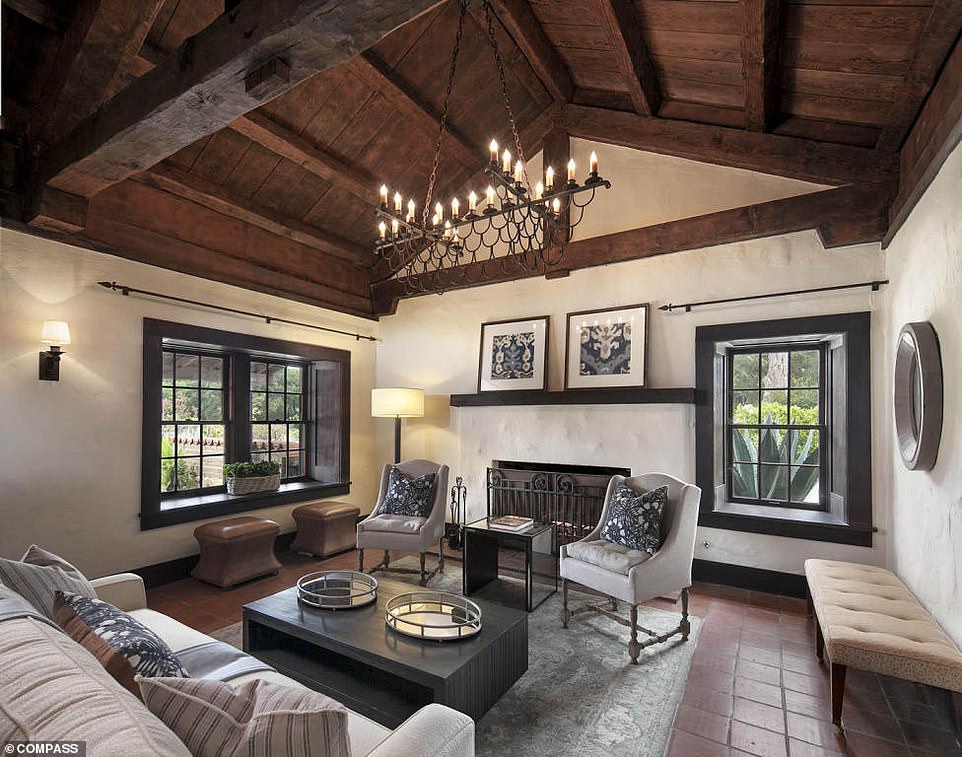 The great room has cathedral wood-beam ceilings, saltillo tile floors and identical fireplaces at each end 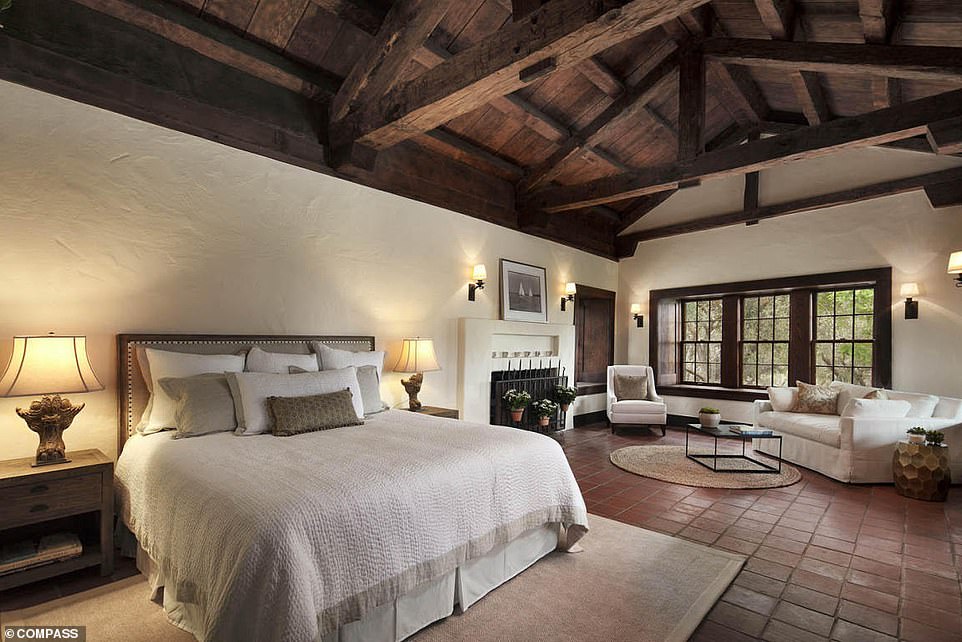 It has a kitchen and a step-down living room with fireplace as well as a colorful tiled staircase. 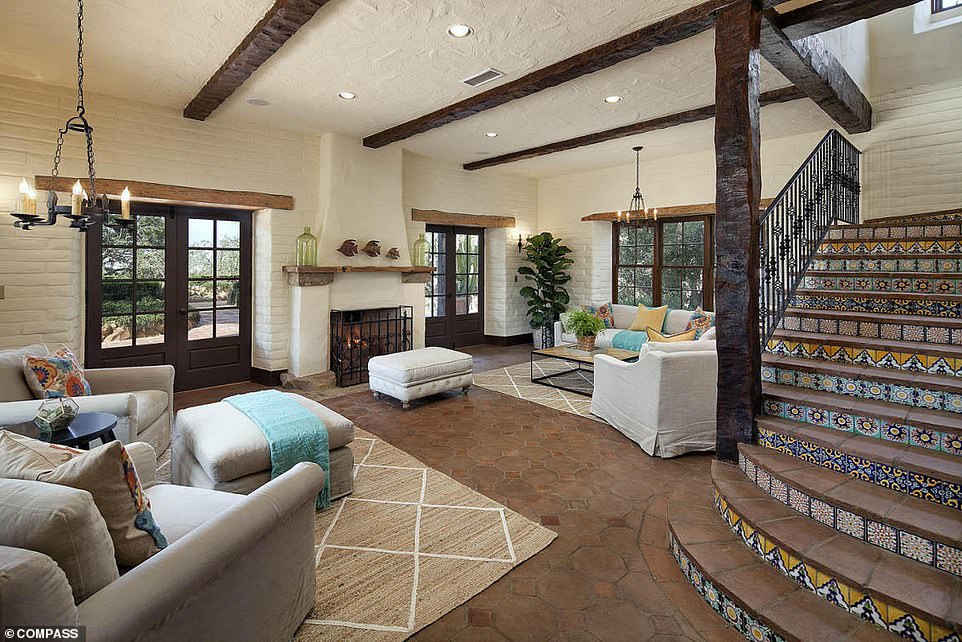 The newer residence offers 3,600-square-foot of living space and features a step-down living room with fireplace as well as a colorful tiled staircase 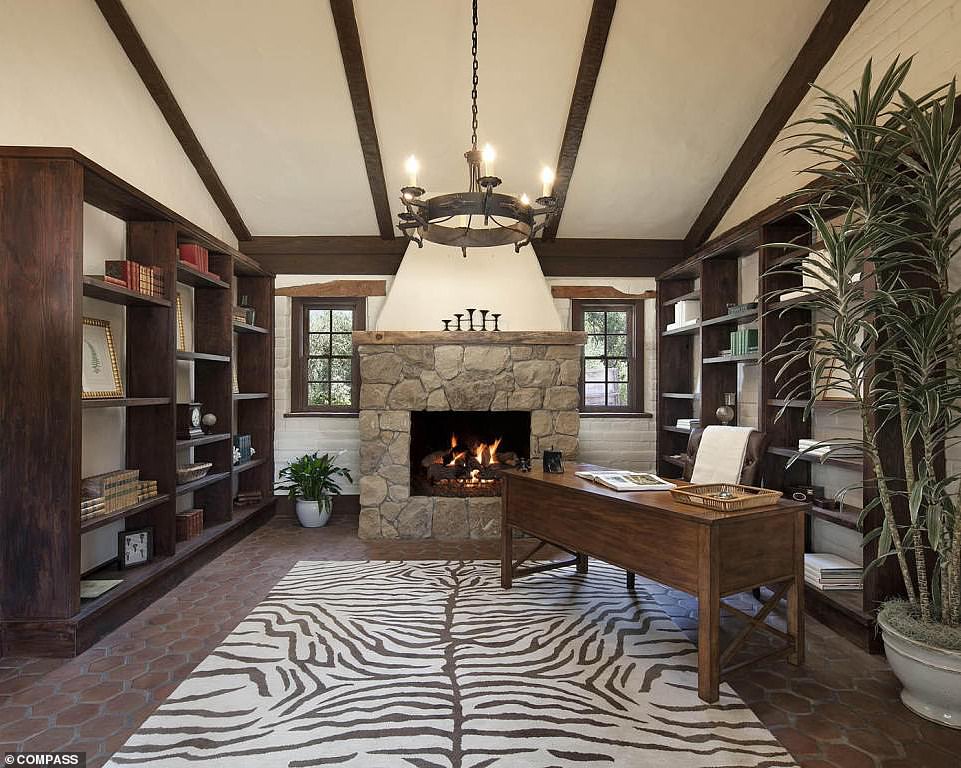 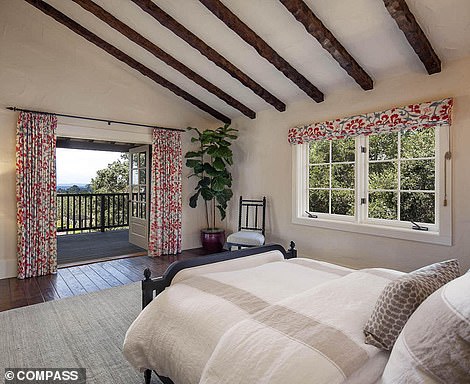 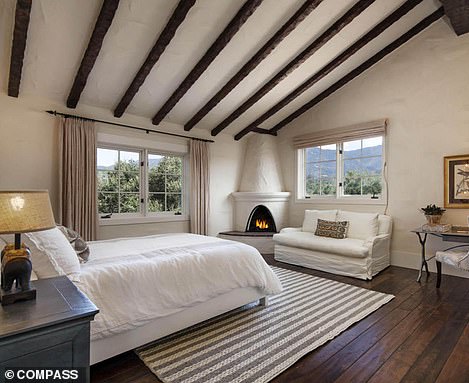 There are two bedrooms on the upper floor with views over the gardens. They have wood floors and beamed ceilings and one has an adobe fireplace while the other has a small balcony 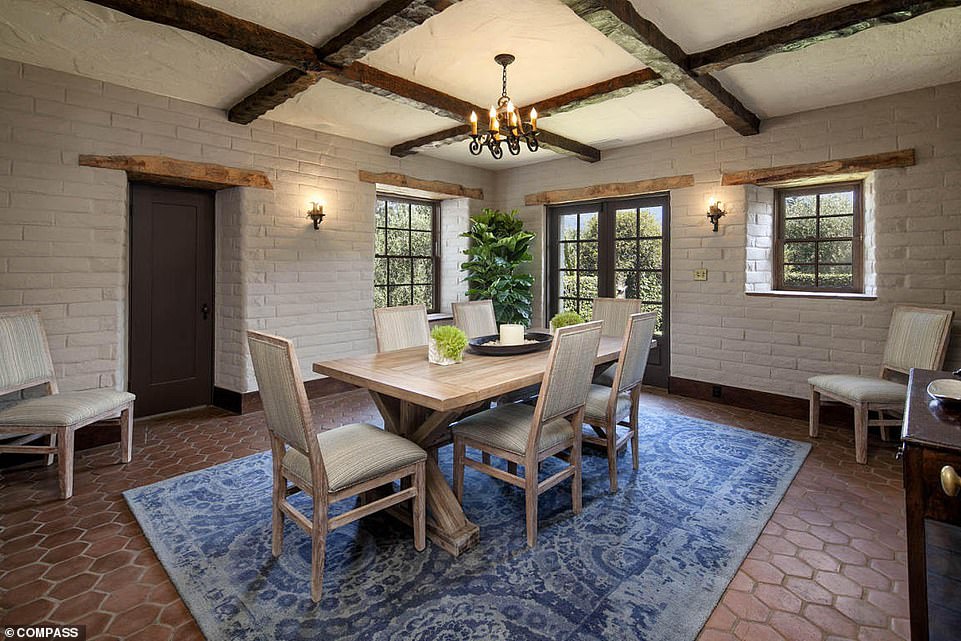 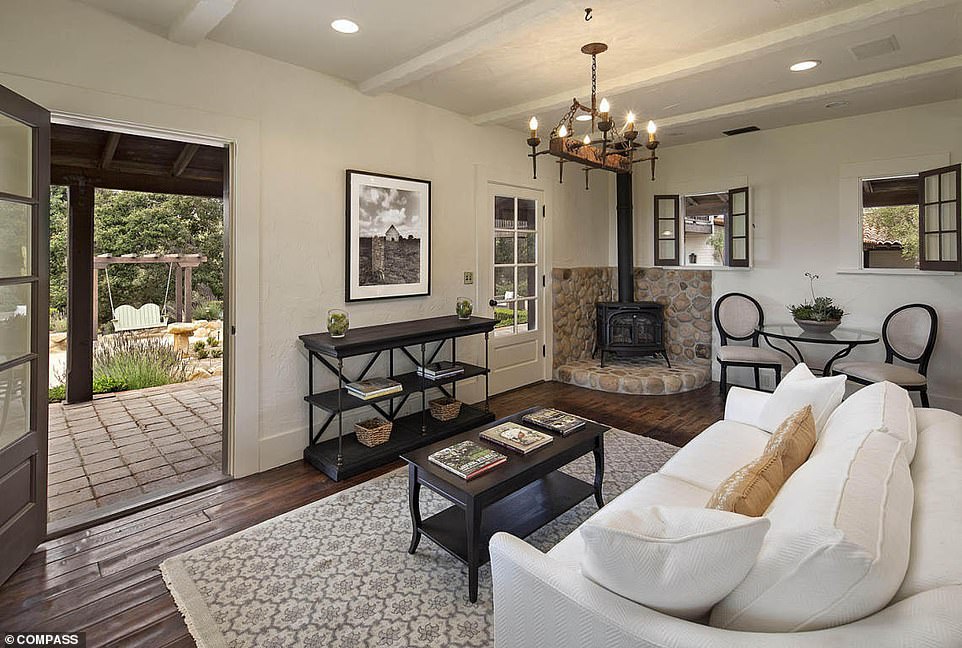 The home opens out onto a courtyard and extensive gardens 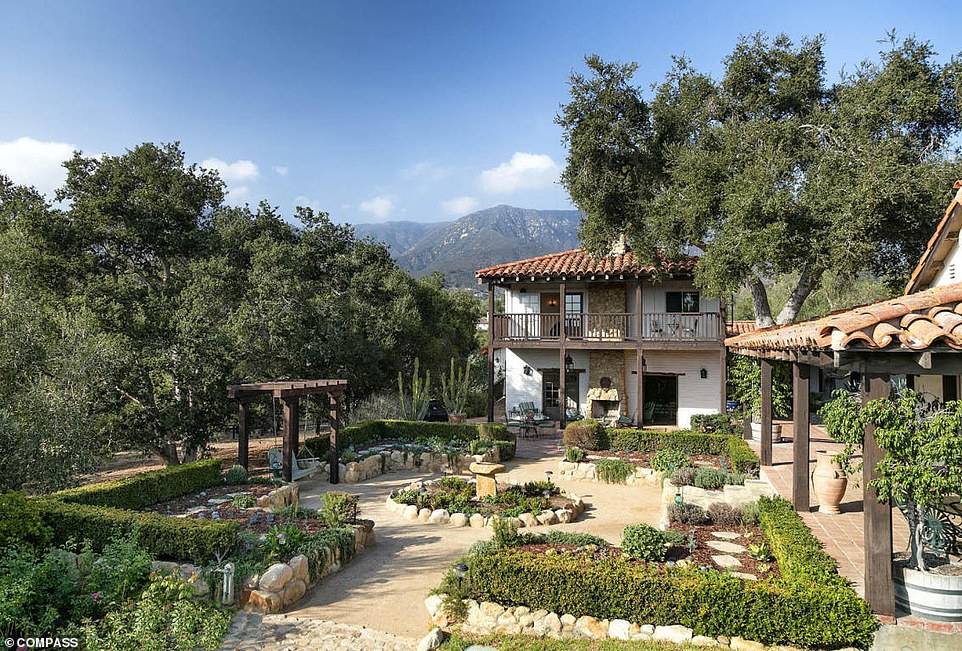 DeGeneres recently announced that she is ending her chat show after almost 20 years amid allegations of a toxic workplace.

The couple have a vast real estate portfolio although they have been selling off properties they owned in Los Angeles. They’re believed to still have other luxury estates in the Montecito area. 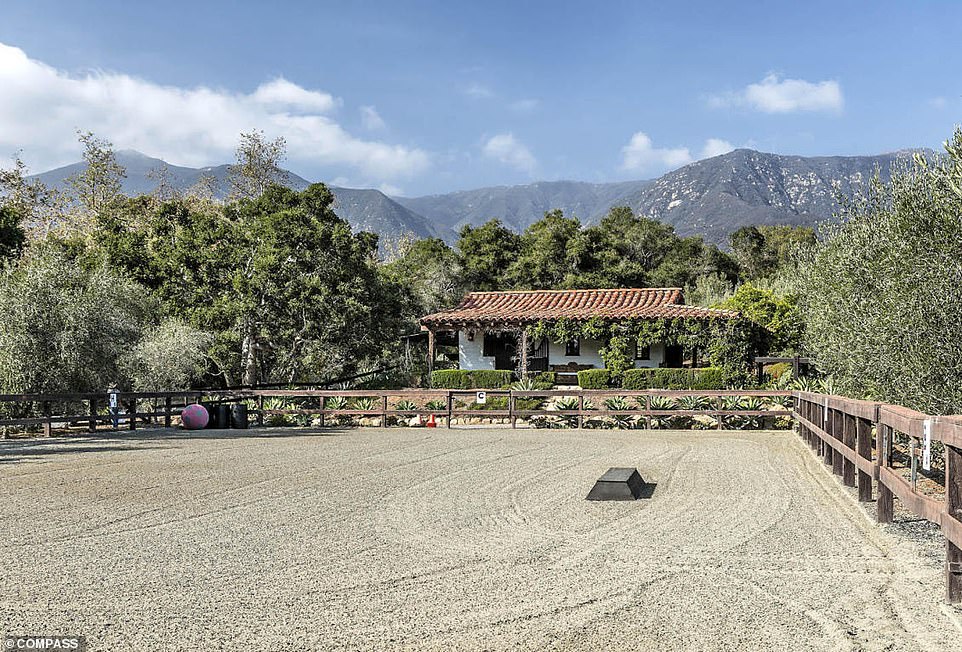 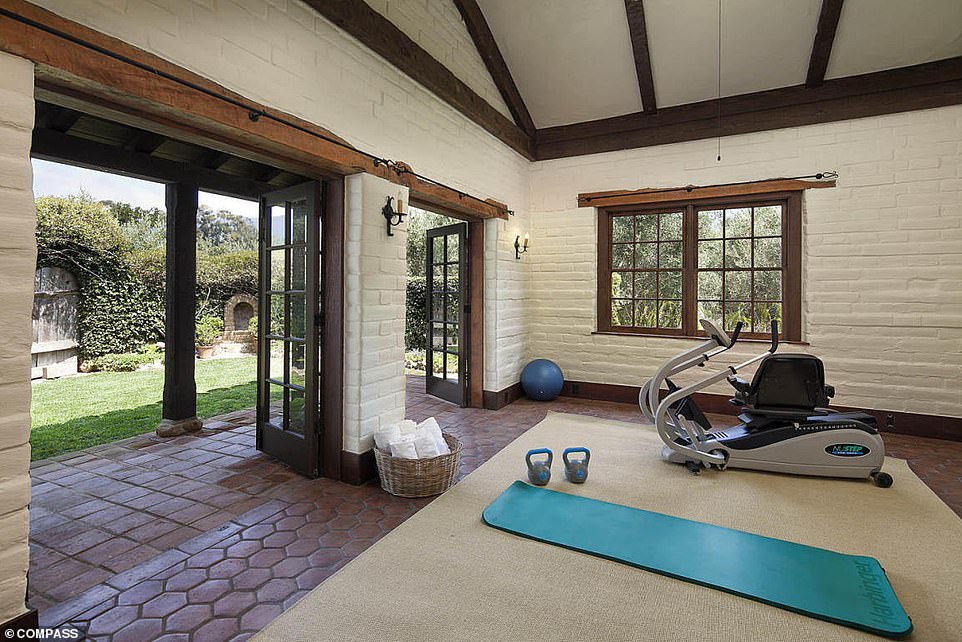 There’s also a gym, along with an office and a three-car garage, all linked via a veranda 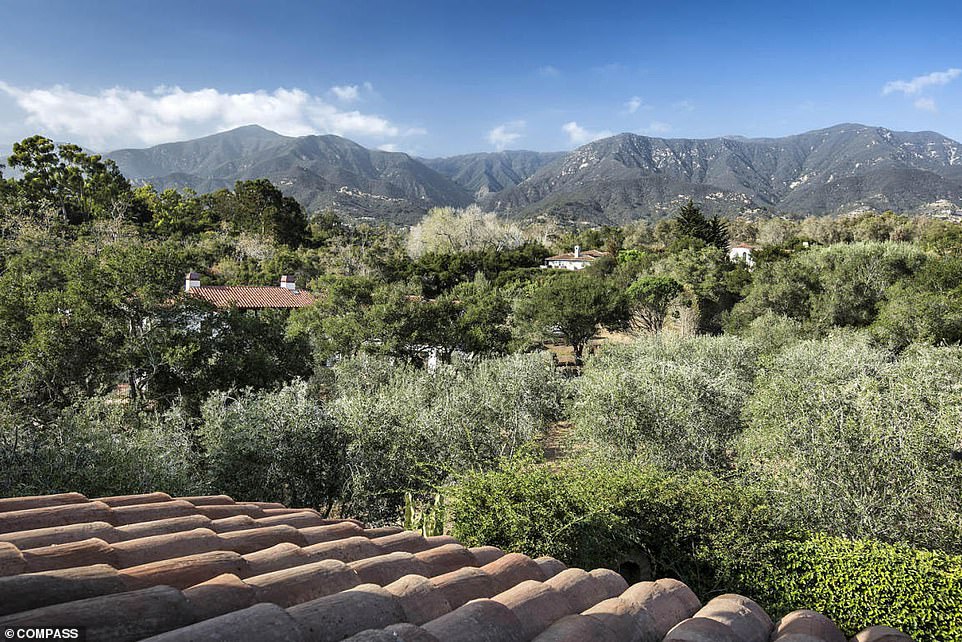