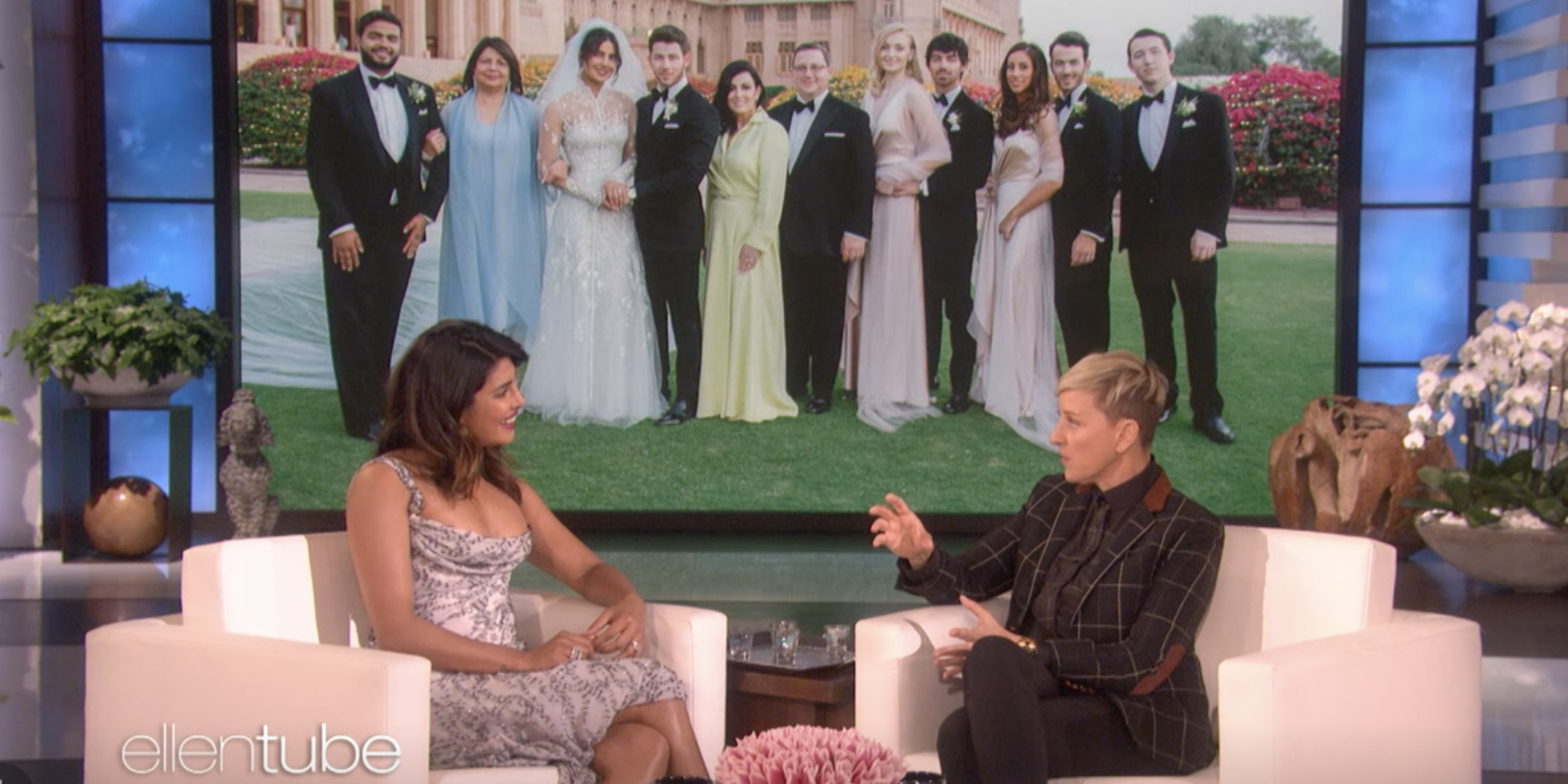 Unless you’ve been living under a rock, you probably know by now that Priyanka Chopra and Nick Jonas married in the dreamiest wedding last month in India. There were three days of ceremonies, several outfit changes, and multiple receptions that followed, but only about 200 guests were present for the luxe, multi-day nuptials, the bride revealed on Ellen today.

“Usually Indian weddings are like a thousand people at least,” Chopra said during her guest appearance on the talk show. “We had only 200 which was mostly family. Both of us have giant families.” The actress added that they kept their guest list relatively tight because “we wanted to keep it super intimate.”

Ellen, however, thought she deserved to be on the list. “I think I had the Jonas Brothers on [my show] first, before anybody. They were here when they were really, really young,” she explained. “Then, Nick lived in my condo, I was his landlord. So, I guess I was cut off,” she joked.

But Priyanka played along. “We were so offended that you didn’t even respond to our invite though,” she countered.

“That’s not true, there was no invite,” Ellen replied.

“I was like, we’re not good enough for Ellen, she wouldn’t come to India, she doesn’t even respond anymore,” Priyanka answered. “Nick, you had such a great relationship with her. I was very offended for him, honestly. But I’m just the wife, I don’t really know anything.”

Ellen chuckled and went on to fawn over Nick and Priyanka’s relationship. Watch their whole conversation below: