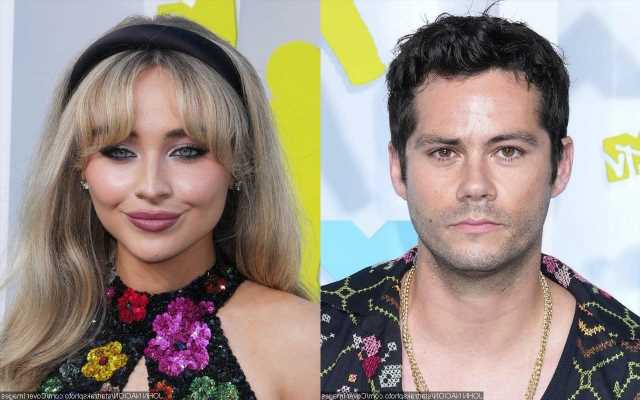 Of the dating rumors, fans of the ‘Maze Runner’ star and the ‘Emergency’ actress feel that the actor is taking his role in Taylor Swift’s ‘All Too Well: The Short Film’ too seriously.

AceShowbiz -Are Dylan O’Brien and Sabrina Carpenter an item now? “The Maze Runner” star and the “Work It” actress have sparked speculations that they are in a relationship after they were caught “making out.”

A source told celebrity gossip account Deux Moi on Monday, September 12 that the stars were hanging out together in New York City over the weekend. The eyewitness added that the two were also seen kissing.

A separate source claimed that she “was belting ‘Driver’s License’ in an NYC karaoke bar” when “Sabrina Carpenter walked out of a private room” with Dylan. The said person also added Sabrina’s Instagram Story that saw her singing “The Scientist” by Coldplay. Indeed, the “Emergency” actress has been in New York this week while attending fashion week events.

Upon learning of the dating rumors, social media users feel that the “Teen Wolf” actor is taking his role in Taylor Swift‘s “All Too Well: The Short Film” too seriously. “not him living out the all too well short film in real life……,” one person tweeted, with another adding, “dylan o’brien dating sabrina carpenter who’s almost 10 years younger than him you mean him method acting jake gyllenhaal in the all too well short film.”

Others also weighed in on their age gap. “Dylan O’Brien loves getting with the younger girls. His ex girlfriend is 23 and Sabrina Carpenter is too. Older guys date young girls because they’re easier to manipulate,” one person wrote. “dylan o’brien and sabrina carpenter ??????? such a weird combo.”

This wasn’t the first time Dylan met with controversy surrounding the age of girls he dated. In 2018, when he was 26 years old, he was romantically linked to Chloe Moretz, who was 21 at the time.

A few years earlier, Dylan said in a TV interview that he had “a crush” on Chloe after seeing her in the movie “Kick-Ass“. She was only 14 at the time and he was 19 years old. After receiving backlash, he quickly retracted the statement, clarifying he didn’t mean “a crush crush.”