Dua Lipa has taken a page from the ultimate style icon: Cher. At the 2021 Grammy Awards red carpet, the English songstress strutted in a take-my-breath-away look that channelled iconic signer—signature hair flip and all.

Cher did not attend this year’s mostly virtual ceremony, but the legend’s presence was felt thanks to Lipa. At the 1974 Grammy Awards, the 74-year-old legend wore a white skirt and bikini top with a sequined butterfly at the center. She also had one in her hair. Almost five decades later, Lipa basically told her: I got you, babe. Dressed in a super fitted shimmering column dress that featured a butterfly on the bust, Lipa turned heads. The Versace look was sultry, glamorous, and made a statement—characteristics that definitely fit Cher’s MO. 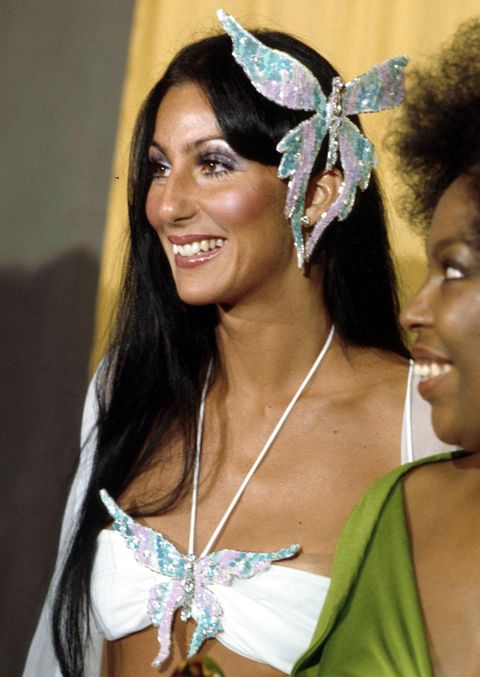 This was Lipa’s second look for the evening; she first wore a tuxedo dress and neon green pumps, also by Versace. And judging by the slew of nominations she has, the Cher-inspired number probably won’t be her last. Lipa is up for six awards: Album, Song, Record of the Year, Pop Vocal Album, Pop Solo Performance, and Pop Duo/Group Performance.

Even with all eyes on her, she, like Cher before her, understands the importance of separation her public persona with her private life. “I’ve grown to be more private because so much of my life is public, and I probably censor myself more than I used to,” she recently told the Los Angeles Times. “I also don’t love the idea of making music for headlines or for controversy.”