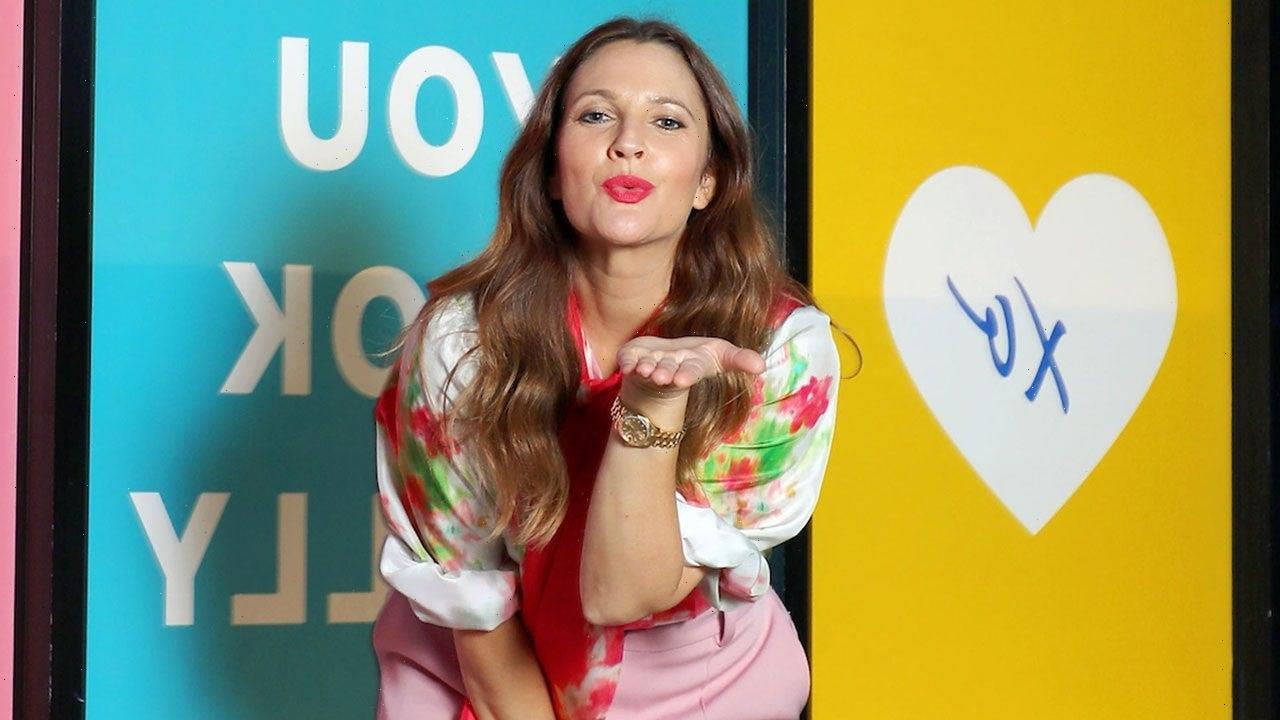 Drew Barrymore is opening up about all things love and dating!

During the latest edition of Dear Drew, which runs every Thursday on Entertainment Tonight, fans sent in questions asking the 46-year-old actress to spill details about her past relationships, and what qualities make her fall head-over-heels in love. One of our favorite inquires came from someone who asked, “What is the most romantic thing that a guy has done for you?”

“I had to play Meg White in the White Stripes with Jimmy Fallon on Saturday Night Live, and I happened to be dating this drummer for several years, Fabrizio Moretti of The Strokes,” The Drew Barrymore Show host recalled to ET’s Nischelle Turner. “He taught me how to play the famous song [“Seven Nation Army”] and do the beat. He taught me all week long in anticipation of the show.”

“That, I thought was really romantic,” she continued. “To get to learn a skill set that I didn’t really have.”

A second viewer asked Barrymore if she believes in love at first sight, to which she responded, “I totally do.”

“I don’t know what it is, but I do believe that we are drawn to certain people,” she explained. “I do think it’s hard in the dating app world — because I tend to kind of be more personality first and looks second — but there’s no doubt that we are weak in the knees upon pupils landing on another person.”

“There is no doubt in my mind that we can all fall prey to some serious chemistry upon first sight,” she added. “We are chemically attracted to certain people and it’s so cool.”

As for how to know when you’re falling in love? Barrymore said that the first sign is “when all of a sudden, all you can do is think about that person.”

“Did they call? Did they text? It’s like your brain grows a beautiful, sexy fog,” she marveled. “And when you don’t have it together all of a sudden. That is a good sign that you are preoccupied and fallen.”

Barrymore was also asked to list off some of her favorite romantic movies. “I always love When Harry Met Sally,” she gushed.

“It’s so life-affirming, you can watch it at any point in the year and it just makes you feel good about love. You can be in your most angry, cynical place, and that movie will melt you,” she continued. “There’s just something about the way they explain this relationship and love, and the ending is so perfect, it’ll get you every time. I could also go for a Keira Knightley, Matthew Macfadyen Pride and Prejudice.”

On last week’s Dear Drew, Barrymore responded to fan questions about parenting, just in time for Mother’s Day. “What’s one thing you didn’t expect when you became a mom?” one viewer asked, with Barrymore responding, “I didn’t expect to feel like I was in such a fight-or-flight mode for a very long period of time.”

“I was so underslept, I couldn’t eat, I was nervous all the time, and no one really talked about how intimidating and overwhelming it can be … so I wasn’t really prepared for that,” she explained. “I felt alone on that, so if there’s other moms out there that felt like that in the beginning, you are not alone, I felt like that too. For any mom who felt casual and capable, you are a superhero! I wish I could have been like you.”

For more Dear Drew, watch the video below, and be sure to tune into Entertainment Tonight every Thursday. Check your local listings here.