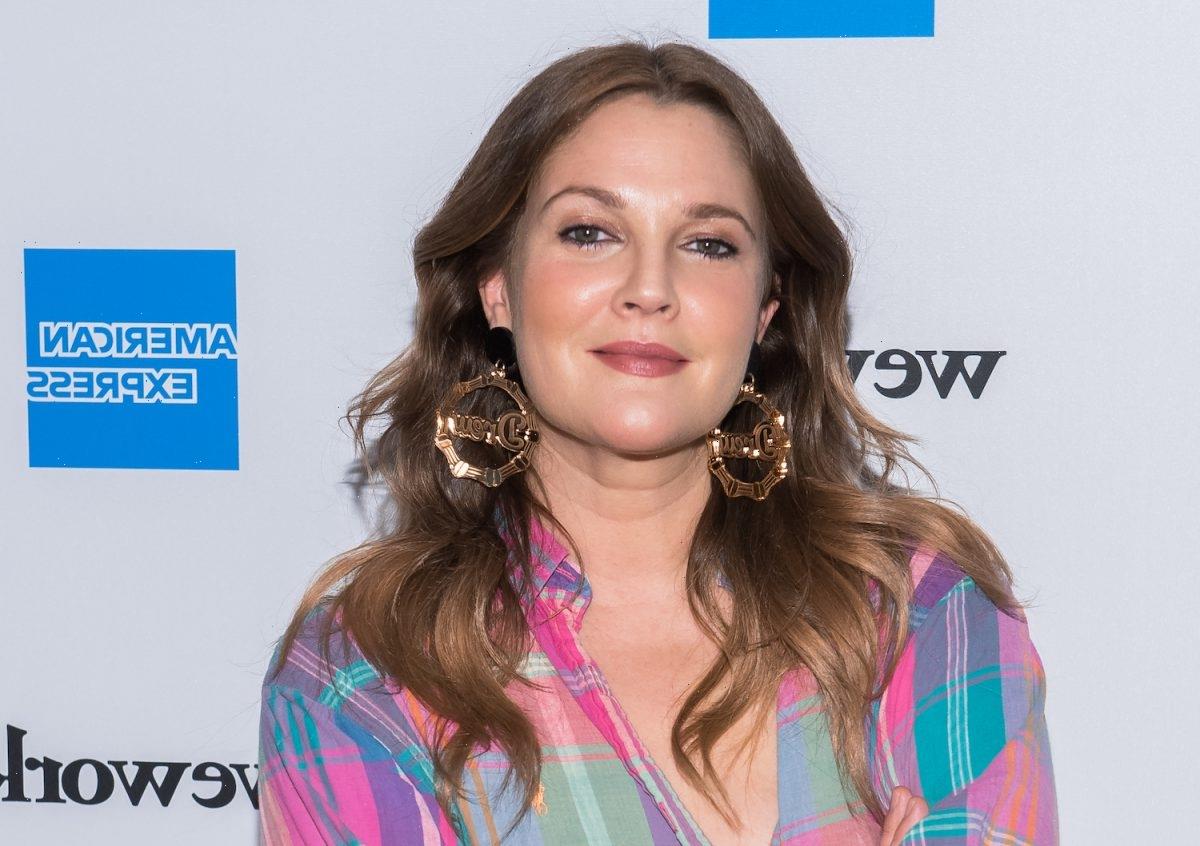 Drew Barrymore had a very good reason for calling Jake Gyllenhaal her least talented co-star — she had to or else eat something disgusting during a late-night talk show segment. Barrymore made it up to Gyllenhaal in the cutest way, however, professing her love for him on a large sign she carried at a premiere event.

During a 2018 appearance on The Late Late Show, host James Corden played a game of “Spill Your Guts or Fill Your Guts” with Barrymore and John Boyega. Each person was asked a question and, if they preferred not to answer it, they had to eat whichever gross food was placed in front of them.

Barrymore was given a list of co-stars to rank “from most to least talented” — Gyllenhaal (Donnie Darko), Adam Sandler (50 First Dates, The Wedding Singer, Blended), and Hugh Grant (Music and Lyrics). If she didn’t answer the question, the actor had to take a bite of turkey testicle.

Barrymore was faced with a difficult choice but said, “Jake Gyllenhaal, so I don’t have to eat a turkey’s ball!” but was then told she had to actually rank the choices.

Barrymore thought that Gyllenhaal would understand, given the unique circumstances. “When I run into him next time, I’ll be like, ‘Dude, it was like selling you down the river or eating turkey’s balls,’” she said. “And by the way, I don’t even care if he hates me … I literally am doing this because I won’t make it [and will throw up]. I’ll say, Adam, Hugh, Jake.”

Barrymore added, “I’m sorry Jake. It was the turkey testicles.”

Drew Barrymore apologized to Jake Gyllenhaal in a big way

Barrymore used a red carpet moment to clear the air about what she said about Gyllenhaal. She arrived for the season 2 premiere of the Netflix series, Santa Clarita Diet carrying a sign that apologized for throwing Gyllenhaal under the bus and making it clear that she is a fan of the talented actor. The sign read “I [heart] Jake Gyllenhaal.”

“It’s because I was on James Corden and, in order to not a turkey’s testicle on his show … all I know is that I didn’t want to eat a turkey testicle, so I made a joke about Jake which was pertinent to the question and, people don’t read the fine print,” she told Associated Press. “If they saw the show they’d see I was saying, ‘Jake, I’m so sorry to do this. It’s only to not eat a turkey’s testicle.’”

She added, “And then I woke up to headlines everywhere that I think he’s the least talented person I’ve ever worked with and I’m like, first of all, in this day and age, really this is an interesting headline? B: Everybody get a life. C: If you see the show … it’s the least insulting thing ever, or at least I thought so. I tried to make it the least insulting and, you know, I guess people are just desperate for a headline so here is my antidote, b***hes. I love him, he’s great.”