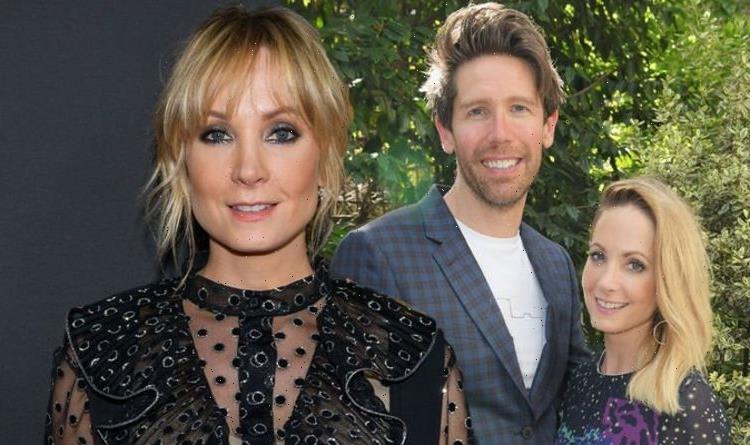 Joanne Froggatt, 41, has said her life has been in a state of “flux” ever since she separated from her husband of eight years, James Cannon. In a new interview, the star confirmed the pair are now divorced and are no longer working together.

You realise, when it comes down to it, how many positives you have in your life.

In an interview with Red Magazine, Joanne details the struggles the last year has brought with it.

“I’m so grateful for my friends and family, for my health and to have been working so much during this past year.

“You realise, when it comes down to it, how many positives you have in your life.”

It was revealed in February 2020 that Joanne was separating from James after eight years together.

Last year, the star revealed the couple would continue to co-run their production company, Run After It, together.

However, Joanne revealed to Red that she had taken over the company by herself and had recently signed a deal with Sky.

She said: ““I’m excited to move forward with it and get my head around the direction in which I want to take things.”

The TV star was also asked what it felt like to turn 40.

Joanne was previously engaged to DJ Phil Vane when she was 19.

The TV star is best known for her role as Anna Yates in the Downton Abbey franchise.

For this, she received three Emmy nominations and won a Golden Globe Award for Best Supporting Actress on Television in 2014.

She will be reprising this role in the second Downton Abbey film, due to be released on March 18 2022.

At the end of July, it was also announced she will star in the new BBC One drama Sherwood.

The drama, based on real events, looks at a mining village changed by two murders.