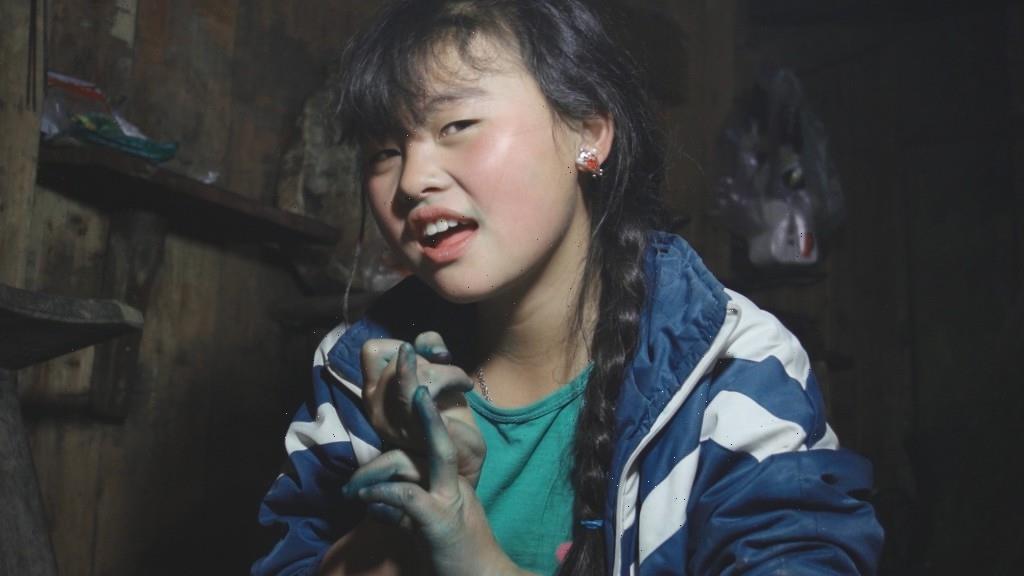 In theory, international films can earn an Oscar nomination for Best Picture in any given year. But in reality, only a handful have ever attained that distinction, and a single one — Parasite — has claimed the prize.

For a truly global competition — international and American films contending in the same category — turn to the Best Documentary Feature race. This year alone, shortlisted documentaries vying for a nomination originate from China, Vietnam, India, Ukraine, Canada and the U.S.

Vietnamese director Ha Le Diem shot her shortlisted film Children of the Mist in a Hmong community in Northern Vietnam, where teenage girls are routinely kidnapped by male suitors and coerced into marriages. Di, the 14-year-old heroine of the documentary, flirts with a boy who soon abducts her and with help from his family tries to force her to accept him as her husband.

International Feature Focus: Why Irish Film 'The Quiet Girl' Is Making Noise In The Oscar Race

“New Year is the season of bride kidnapping, and it is allowed,” Di’s mother informs her young daughter. Di says into camera, “Mum means that if I am kidnapped, I must cope on my own.” 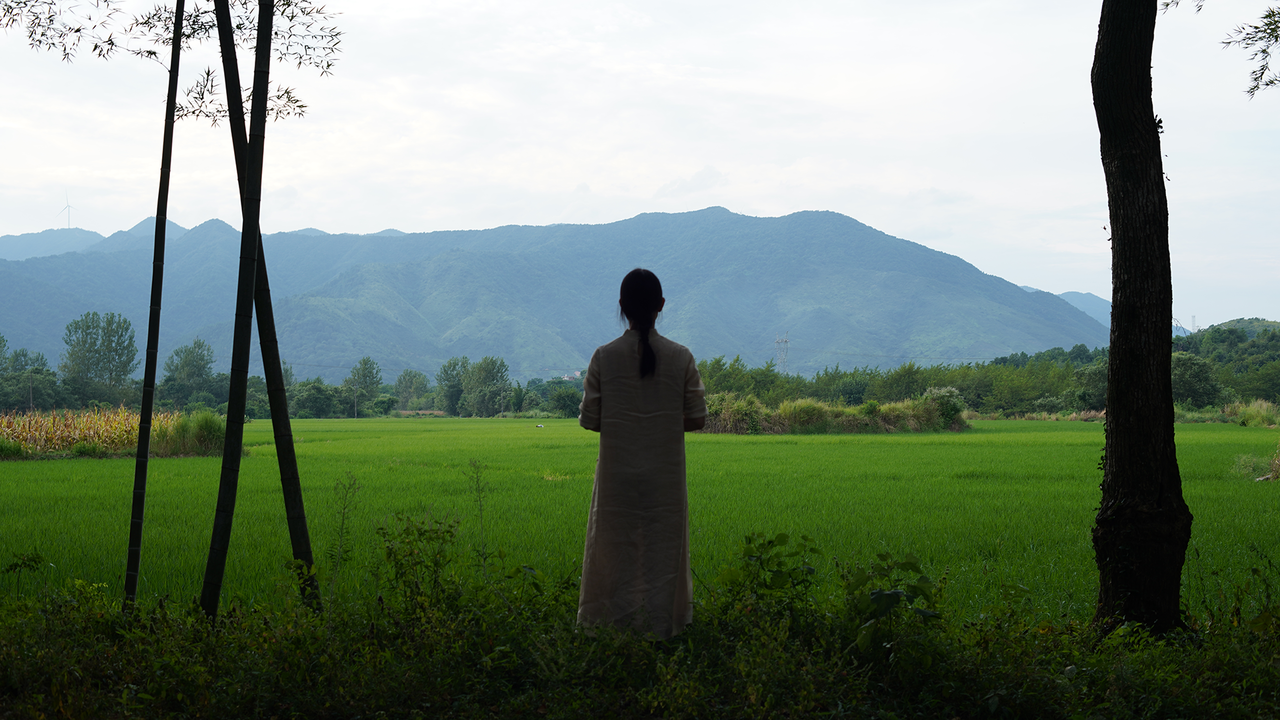 Children of the Mist made the shortlist despite not benefiting from a major distributor. The same is true of Hidden Letters, directed by Violet du Feng and Qing Zhao. That film explores gender relations in contemporary China through the lens of two protagonists who come from a part of the country where women developed a secret language to cope with suffocating patriarchy.

“Four hundred years ago in feudal society in China, where women had bound feet,” du Feng has said, “and were deprived rights of education, they decided to create their own language by writing poems and songs to give each other hope and dignity… The language survived.”

In an earlier era of the Academy, international-themed films like these might have gone unrecognized. But about half a dozen years ago, filmmaker Roger Ross Williams — then a governor of the Academy’s Documentary Branch — began pushing to expand branch membership beyond the traditional profile of white, male and American.

“Now the Documentary Branch is a third international,” Williams says. “We’re the first branch to go from non-gender parity to gender parity. And we have an incredible amount of BIPOC members. We still have a lot of work to do too, but we are the most diverse branch in the Academy.”

Syrian-born filmmaker Orwa Nyrabia, the artistic director of IDFA who joined the Academy’s Doc Branch in 2017, allied with Williams in efforts to increase the branch’s international contingent.

“That was very necessary,” Nyrabia comments. “I think what’s been achieved is an amazing accomplishment. And I think on the Documentary Branch level, Roger Ross Williams has done the Academy a historical favor.” 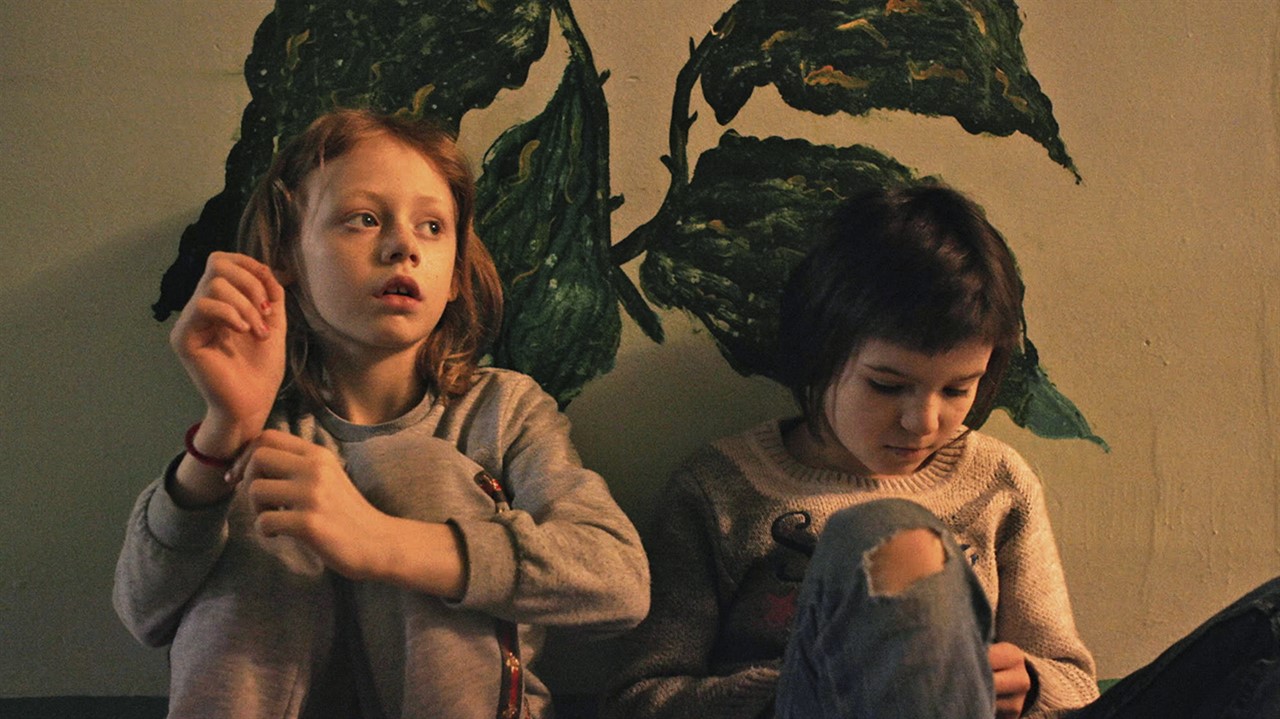 The impact of the increased international membership can be seen in the roster of documentaries to secure Oscar nominations in recent years, including a pair in 2022: Flee, the story of a gay Afghan refugee directed by Danish filmmaker Jonas Poher Rasmussen, and Writing with Fire, about Dalit women journalists in North-Central India directed by Indian filmmakers Rintu Thomas and Sushmit Ghosh. The Mole Agent from Chile, Romania’s Collective, Brazil’s The Edge of Democracy, Honeyland from North Macedonia, and The Cave and For Sama — both from Syria — are among other recent international documentaries to claim Oscar nominations.

In addition to Hidden Letters and Children of the Mist, the Doc Branch shortlisted several other international contenders, including A House Made of Splinters from Danish director Simon Lereng Wilmont, set in a shelter in Eastern Ukraine that houses neglected children. The vivacity and vulnerability of the young protagonists has touched many viewers.

“I was drawn to Eva,” Wilmont says of one of his main subjects, “because of the look in her eye. It had both sadness and joy, and she was doing these cartwheels all the time. And sometimes it seemed like that was her way of getting the anger out, and sometimes it was to celebrate how happy she was.” 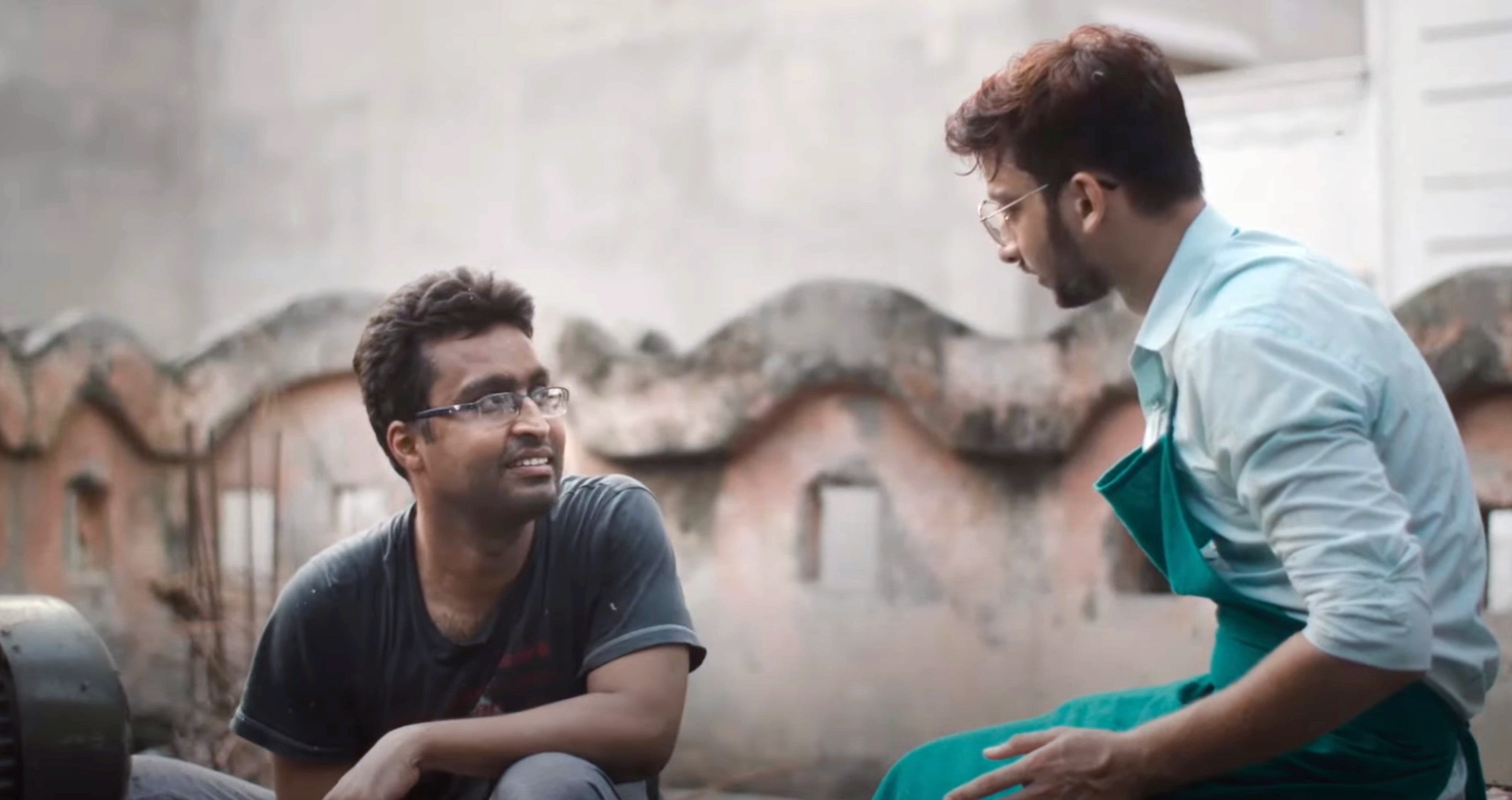 One of the biggest Oscar favorites hails from India: All That Breathes. Shaunak Sen’s film, winner of the top documentary prizes at Sundance and Cannes, examines two brothers and their assistant in Delhi, India, who rehabilitate birds of prey that suffer in the city’s choking air pollution.

“When you live in Delhi, you’re constantly thinking of the air,” Sen says. “The air itself is a palpable, visceral, tactile, heavy, and gray phenomenon and a texture of grayness sort of constantly laminates your life. I was interested in doing something which is like an abstract triangulation of air, bird, humans. And that’s actually how the film began.”

Unlike some other international hopefuls, All That Breathes boasts a major distribution partner in HBO Documentary Films, alongside Submarine Deluxe and Sideshow. HBO Documentary Films, under the leadership of Nancy Abraham and Lisa Heller, also contends with three other films: Moonage Daydream, Brett Morgen’s David Bowie doc; The Janes, by Tia Lessin and Emma Pildes about a group of women who set up a secret network to provide abortion services in Chicago in the 1960s, and All the Beauty and the Bloodshed, the Venice Golden Bear-winning film directed by Oscar winner Laura Poitras (Citizenfour). The latter film centers on renowned photographer Nan Goldin, who successfully pressured major art institutions to cut ties with the Sackler family, museum benefactors whose wealth was partly derived from selling the opioid OxyContin. 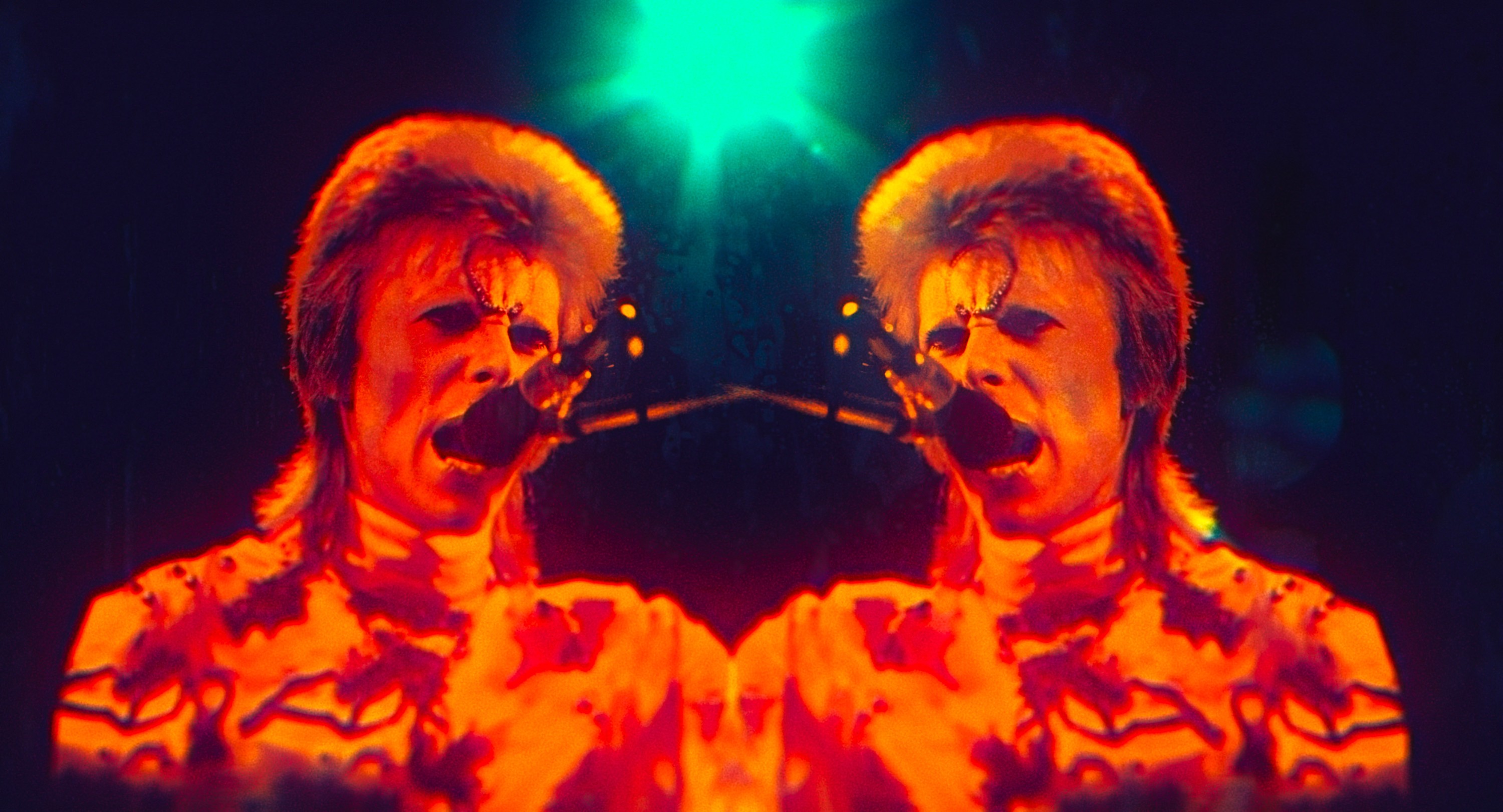 Neon, the taste-making independent production company and distributor, released All the Beauty and the Bloodshed theatrically. It also distributed Moonage Daydream, the top-grossing documentary of the year, with more than $12 million in receipts worldwide, and another big Oscar favorite, Fire of Love, directed by Sara Dosa, about an adventurous French couple who studied volcanoes but lost their lives to their scientific passion.

National Geographic released Fire of Love, scoring a shortlist hat trick with that film, Matthew Heineman’s Retrograde, and The Territory, the feature directorial debut of Alex Pritz. The Territory tells the story of an Indigenous Brazilian tribe attempting to protect its land in the Amazon rainforest from illegal miners, squatters and other invaders.

The Territory is streaming on Disney+ after a global theatrical release and robust festival run that began with Sundance last year.

“One of the most meaningful things for us was that NatGeo supported us in releasing the film in Brazilian theaters,” Pritz says. “We’re nearing a hundred festivals now and it’s just been an incredible ride.”

Netflix’s hopes hinge on Descendant, Margaret Brown’s documentary about people in the Mobile, Alabama area who trace their ancestry to survivors of the last slave ship to enter U.S. waters on the eve of the Civil War. And Sony Pictures Classics has Hallelujah: Leonard Cohen, a Journey, a Song, by Daniel Geller and Dayna Goldfine, about the late Canadian singer-songwriter’s most cherished composition.

“Of all the songs, it feels like the one where, in a way, he distilled so much of his essence,” Geller says. “And that’s probably why it took about seven years for him to write the first version [he] recorded.”

Canadian filmmaker Daniel Roher directed the Oscar favorite Navalny, about the Russian opposition leader who was nearly killed in a Kremlin-conceived poisoning plot. After recuperating in Germany, Navalny returned to Russia and was promptly arrested and imprisoned. At a recent Q&A, the filmmakers were asked about the larger geopolitical context of their film.

“There’s a simple answer, which is, will the world tilt toward authoritarianism?” producer Shane Boris responded. “And the answer is yes, if we do nothing. And I think that’s what Navalny shows in the most profound way, that it is our responsibility to do something.” 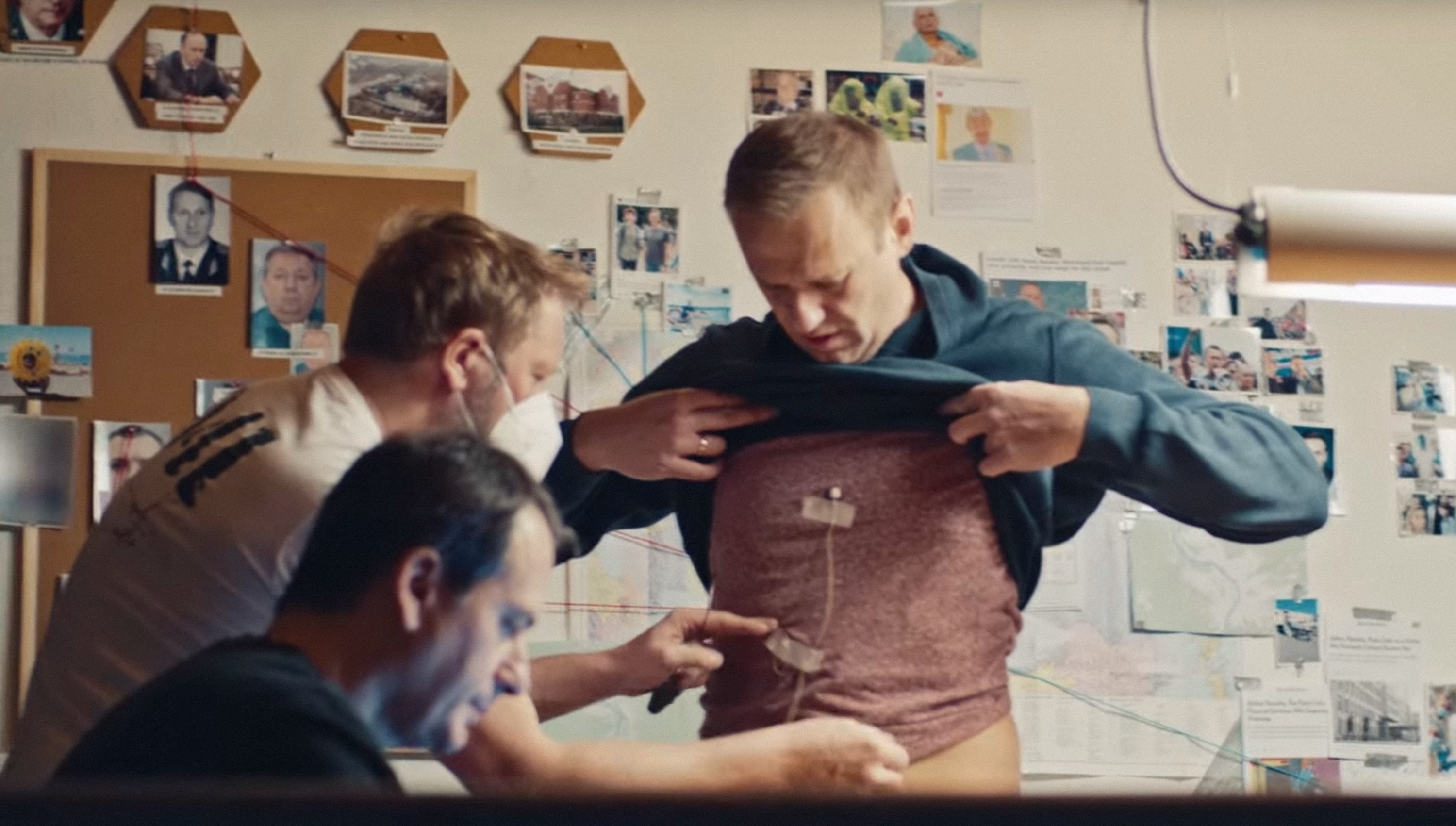 Navalny represents something of an Oscar swan song for CNN Films, the documentary division of CNN that produced RBG and other titles going back a decade. Late last year, new CNN chief Chris Licht announced CNN Films would no longer partner with outside-based filmmakers on projects but instead produce documentaries exclusively in-house. 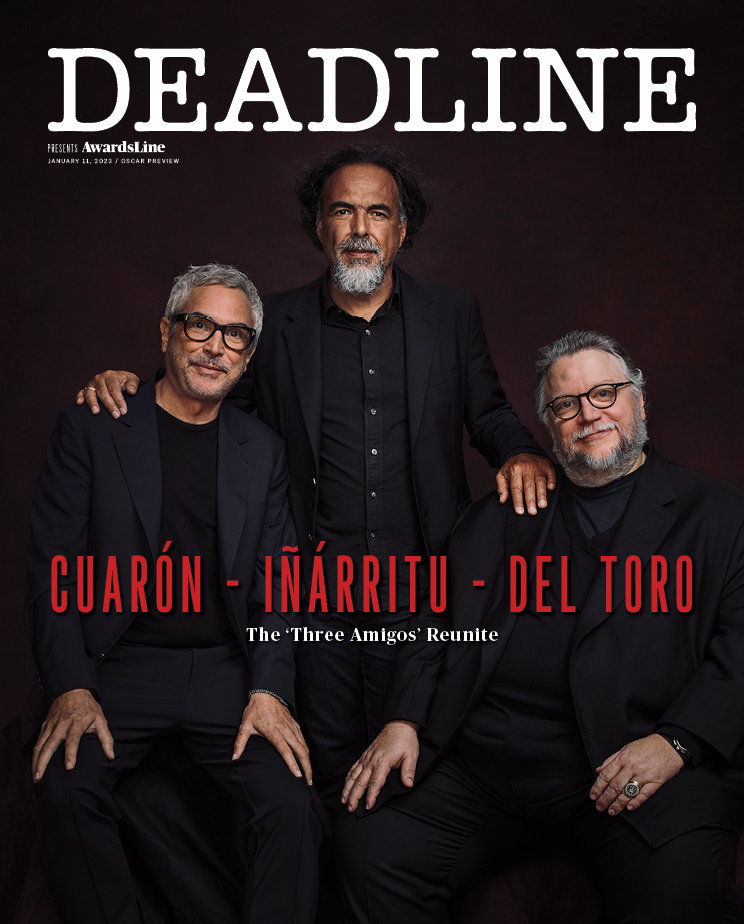 David Siev’s contender Bad Axe, from IFC Films, has gained awards momentum after its debut at SXSW, where it won the audience prize for documentary. Like Last Flight Home, it’s a documentary that springs from the filmmaker’s direct experience.

“It’s an incredibly personal story because it’s a film about my family,” Siev says. “My mother, she’s Mexican-American, and my dad is a Cambodian refugee that came here after the Killing Fields in 1979… It’s a story of hope, resilience and what the American dream looks like in 2020.”

Last year, Summer of Soul — a doc about a series of groundbreaking concerts by African American artists in Harlem — earned the Oscar for Best Documentary Feature, which was evidence that American-oriented stories still enjoy an advantage when it comes to winning in the category. Whether an international-focused documentary beats the odds this year remains to be seen, but a critical indication will appear when the Oscar nominations are announced on January 24.

Says Revenue Will Hit $3.2B In First Look At Production Giant’s Earnings