While Jordyn Woods is in London promoting her false eyelash brand, Eylure x Jordyn Woods, her ex-BFF Kylie Jenner is spreading the love to another set of falsies.

Kylie Jenner and Jordyn Woods’ Friendship Through the Years

She tagged the pic, “@star_lashextensions” with an eyelash emoji underneath.

The timing of the promotion of Star Lash Extensions, a competitive eyelash brand, could be seen as subtle shade from the self-made billionaire to her estranged friend, also 21. 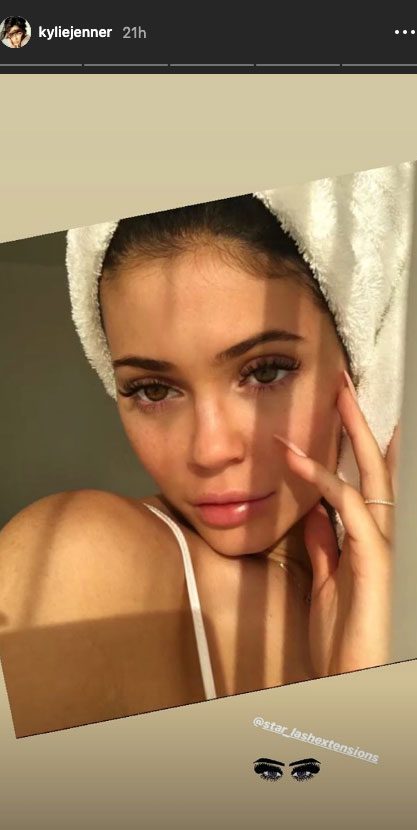 The fallout between the besties occurred after Jordyn Woods was caught “making out” with Khloé Kardashian’s then-boyfriend Tristan Thompson in late February.

Afterwards, the lip kit mogul distanced herself from the drama. A source told Us Weekly exclusively on Thursday, March 28, “Kylie doesn’t want to get involved with the Jordyn thing. She doesn’t really want to talk about it.”

Another source revealed that Jenner took a break from filming Keeping Up With the Kardashians and only returned to work on the reality show recently. “It’s been a struggle and difficult. She was very upset about the situation with Jordyn and also just didn’t want to deal with it and have to address it.”

In the meantime, another insider told Us that the model misses Kylie’s daughter, 13-month-old Stormi Webster, even more than her former BFF.

A Timeline of Tristan Thompson and Jordyn Woods’ Cheating Scandal

“Jordyn is still very upset but trying to push on with her career and get her life back,” the insider says. “She misses Kylie as a best friend but is telling friends she actually misses Stormi the most. She looks at old pictures of Stormi and misses her every day.”