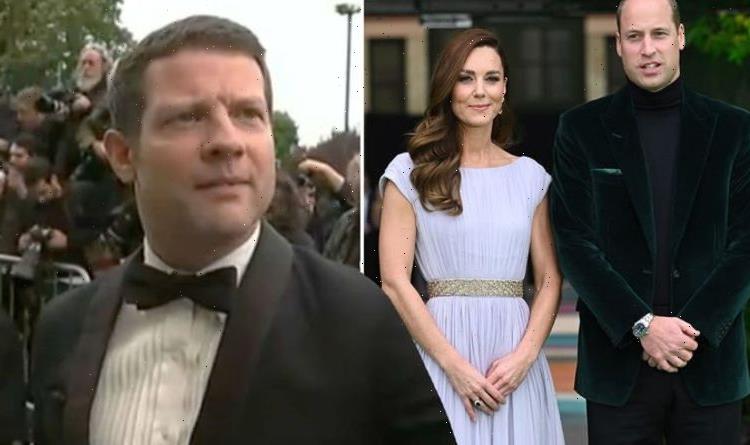 Prince William, 39, is fronting his first Earthshot Prize awards ceremony hosted by Dermot O’Leary in London this evening. Ahead of the event, the 48-year-old presenter shared his thoughts on the royal fighting for such an important cause.

Dermot told ITV’s Chris Ship: “It can be very easy for someone in that position to not put their head above the parapet.

“So, the fact he’s done that, he deserves a lot of credit for that.”

The host went on to say: “The diktat sort of came down very implicitly from him, this is a very positive thing, it’s a celebration.

“It’s not about hammering people and telling people how they should and shouldn’t live their life.”

The Duke of Cambridge has called for society to “unite in repairing our planet”.

This evening, five winners, whose solutions have helped environmental challenges, will receive £1 million to develop their projects every year.

Prince Charles said his son’s work will help provide “a real opportunity to deliver a brighter future for humanity while restoring harmony between nature, people and planet.”

In a short filmed aired at the ceremony tonight, Prince William said: “We are alive in the most consequential time in human history.

“The actions we choose or choose not to take in the next 10 years will determine the fate of the planet for the next thousand.

“A decade doesn’t seem long, but humankind has an outstanding record of being able to solve the unsolvable.

“Many of the answers are already out there… but we need everyone – from all parts of society – to raise their ambition and unite in repairing our planet.”

He added that the future was “ours to determine”.

Tonight, the couple ditched their usual Range Rover to arrive in an electric Aldi.

The red carpet was also scrapped in favour of a green colour, to reference the message.

For his event attire, he opted for a smart dark green velvet jacket with a black shirt and smart trousers.

Kate stunned in an Alexander McQueen lilac gown, which was worn by the royal back in 2011.

Fans have flocked to social media to praise Prince William for his work.

A fan page for the royals penned: “Prince William really is doing a remarkable job with this prize since the beginning! Wonderful idea that he had.”