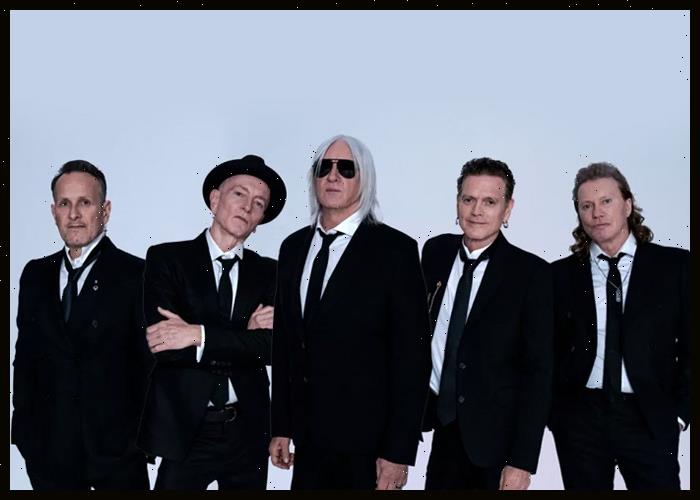 Def Leppard have released a new single, “Take What You Want,” the second song from the Rock & Roll Hall of Famers upcoming 12th studio album Diamond Star Halos, which is due out on May 27.

“From two different worlds / We come crashing in / It’s like a perfect storm,” Joe Elliott sings. “Still shoulder to shoulder / Soldier to soldier / So just bring it on.”

Last month, the band had released the first single from the album, titled “Kick,” with a lyric video scheduled to drop on April 29.

Diamond Star Halos with be the band’s first new album since 2015 and a follow-up to their self-titled album.

The 15-track album is scheduled to drop on May 27 through UME (Universal Music Enterprises). It will feature guest appearance from Alison Krauss on two songs.

Due to the pandemic, Diamond Star Halos was recorded simultaneously in three different countries, with frontman Joe Elliott in Ireland, bassist Rick Savage in England, and guitarists Phil Collen and Vivian Campbell, plus drummer Rick Allen in the United States.

Meanwhile, the long-awaited “Stadium Tour” featuring Mötley Crüe, Def Leppard, Poison and Joan Jett & The Blackhearts is set to kick off on June 16 in Atlanta, Georgia.