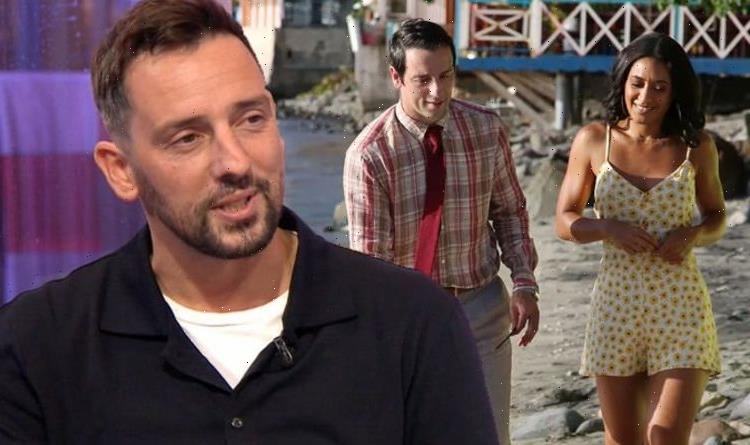 Death in Paradise: Florence tells Neville she'd rather be friends

Death in Paradise is back on screens weekly as viewers tune in to find out what’s next for Neville Parker (played by Ralf Little) and Florence Cassell (Josephine Jobert). Fans are excited about the prospect of romance for the pair, as Ralf addressed recently how passionate fans can be.

In a recent Q&A ahead of the new series, Ralf opened up to Express.co.uk and other media about what they can expect.

He was quizzed about the blossoming dynamic between “Fleville” when he admitted he didn’t know what they were called.

“Which I quite like! Yeah, people really do want it to be a thing, which they always do right?”

Later on in the Q&A, the actor felt compelled to share how he’d been corrected by a fan listening in.

He added: “Thanks to Grace by the way who got in touch with me to let me know it’s pronounced Floreville.”

Ralf did also keep relatively tight-lipped about the romance brewing on the show though.

When asked about it, he said: “I think Neville would be a lovely boyfriend, I think he’d be incredibly kind and sweet.

“I think he can probably get a little bit annoying sometimes, with his peculiarities and stuff.

“But actually, as the series has gone on, he’s managed to overcome a lot.

“I guess you might say some of his irritating traits are gone.

“He’s more willing to allow himself to be out of his comfort zone and just let the chips fall where they may.

“And all of that, I think, has made him into a much stronger person.

“So he’d probably be a pretty good boyfriend – he’d be incredibly loyal, very kind and caring.”

The Death in Paradise star was also recently grilled about it on The One Show.

Replying, Ralf said: “I would love to try and think of a clever way I could tell you something without giving anything away.

“But I’m not that clever.

“So I’m gonna have to leave you to watch it.”