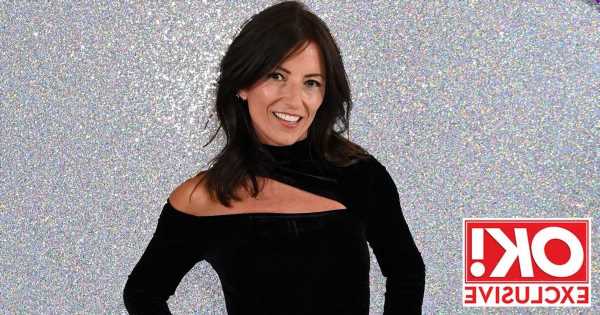 Davina McCall is a Big Brother legend, having presented the reality show for over 10 years.

And in a new chat with OK! the fitness icon and Masked Singer panellist revealed she's in contact with two iconic housemates.

The 44 year old said: "I’m still in touch with people like Anna Nolan from series one and Cameron Stout, who was the winner of series four.

"I saw Josie Gibson the other day and she’s just brilliant. And Alison Hammond is like a flippin’ superstar. I’m so happy for her."

Big Brother is due to make a return to our screens this Autumn on ITV2, following a five-year break. BB fans will be pleased live evictions and prize money will make a comeback, as well as a new-look house.

Paul Mortimer, director of reality commissioning and acquisitions and controller of ITV2, ITVBe and CITV, said: “This refreshed, contemporary new series of Big Brother will contain all the familiar format points that kept viewers engaged and entertained the first time round, but with a brand new look and some additional twists that speak to today’s audience.

“We’re beyond excited to bring this iconic series to ITV2 and ITVX where it should especially engage with our younger viewers.”

And while a new host hasn't yet been announced, the show's former presenter is excited for the reality series' return.

Davina, who is back with her fitness platform Own Your Goals and on our screens on The Masked Singer panel, also divulged on her favourite former housemates.

"I always say Nikki Grahame, and Jade Goody in her first series," she told us.

"Both were brilliant, funny characters, although I did worry that sometimes people weren’t always laughing with Jade but sometimes at her, and that upset me. They were both amazing and it still shocks me and saddens me that we’ve lost them."

Get fit and feel confident with Davina at Own Your Goals, available to access on demand anywhere. Head to ownyourgoalsdavina.com and pay just £49 for an annual membership in the New Year sale. The Masked Singer is on Saturday at 7pm on ITV1