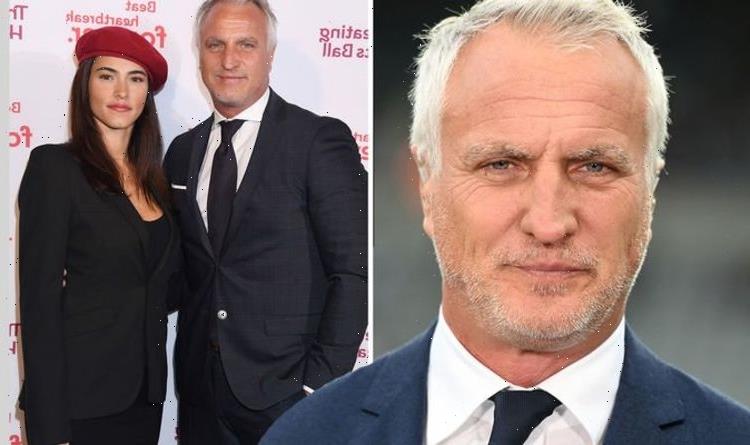 Former footballer David Ginola, 54, will take part on I’m A Celebrity… Get Me Out Of Here! in Wales later this month. His model partner Maëva Denat, believed to be 30, has now expressed her fears of him going on the ITV show.

She said: “My biggest fear is he goes away and then something happens.

“I dread the thought of him not coming home.”

Maëva said the couple share the same concerns and worry that he won’t see their three-year-old daughter growing up.

“It feels like there is a huge void in my life when he goes away. We miss each other so much,” she added to The Sun on Sunday.

The mother-of-one went on to say she always worries about David’s health, following his cardiac arrest in 2016.

At the time, the Newcastle United legend collapsed and was clinically dead after playing a charity football game.

He thankfully survived after his friend Frederic Mendy performed CPR on him.

Maëva said David was “a little depressed” after the ordeal and has since tried to get him to cut out smoking and drinking.

She added: “The surgeon told him it was a miracle he was alive and that’s stuck with David.

According to Maëva, her partner will cope just fine in the Bushtucker trials as “almost nothing” scares him.

The father-of-three is currently isolating in Wales ahead of his stint.

It is believed each participant has undergone medical checks before the challenge show and that a defibrillator is on standby.

Ahead of names being announced, hosts Ant and Dec said the line-up is “very, very good”.

“We’re happy,” they added in a video.

For a second year, the show will air in Wales’ Gwrych Castle.

Like last time, the programme isn’t taking place in Australia, due to travel restrictions.

Giovanna Fletcher became the first Queen of the Castle in 2020.