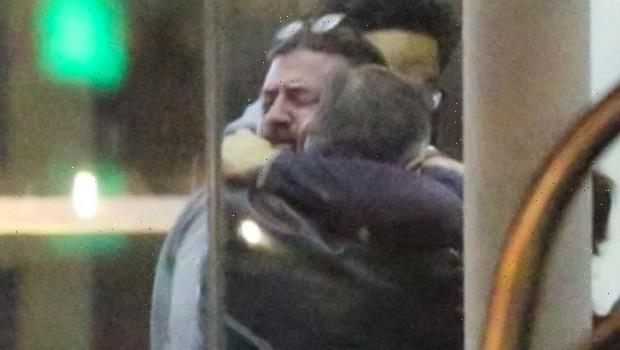 Dave Grohl sobbed as he landed back in Los Angeles along with his Foo Fighters bandmate, devastated over the death of Taylor Hawkins.

Dave Grohl was filled with emotions he arrived back in California after the unexpected death of Foo Fighters drummer Taylor Hawkins. The 53-year-old could be seen sobbing at Los Angeles International Airport as he embraced who is believed to be his manager John Silva on Saturday, March 26. The two men were surrounded surrounded by Dave’s other bandmates including Pat Smear, Chris Shiflett, Rami Jaffee and Samantha Sidley. 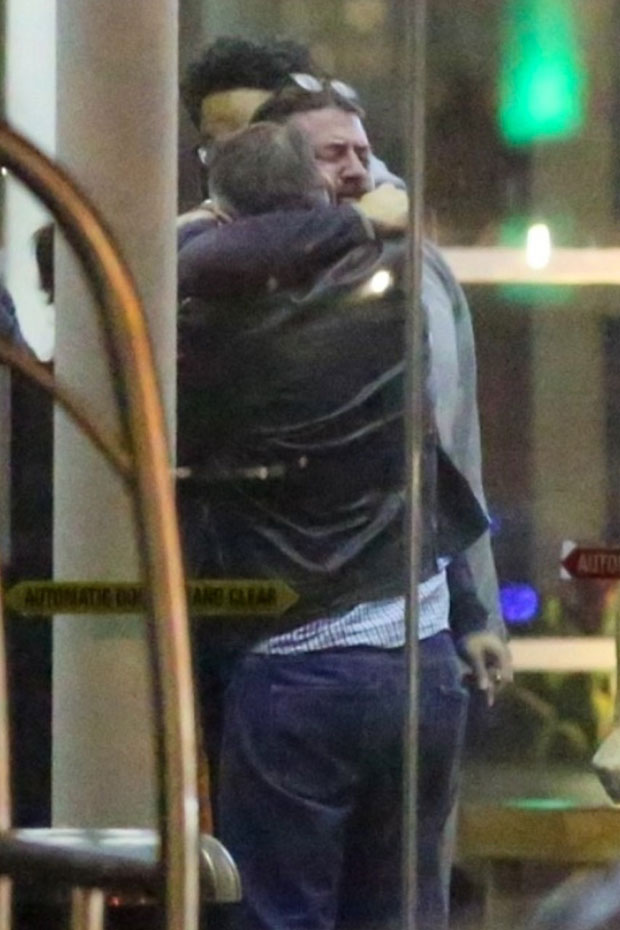 Hawkins tragically died at just 50 years old in a hotel room in Colombia, where the band had been scheduled to perform at Festival Estereo Picnic on Friday, March 25 in the Bogotá. The Foo Fighters were on a tour of South America, and were also set to make an appearance at the upcoming GRAMMY Awards in Las Vegas on April 3. His cause of death has yet to be confirmed via a coroner, but an investigation has so far said the drummer experienced “cardiovascular collapse.”

Shortly after Taylor’s death, the Foo Fighters took to Twitter to make an official statement. “The Foo Fighters family is devastated by the tragic and untimely loss of our beloved Taylor Hawkins,” they penned. “His musical spirit and infectious laughter will live on with all of us forever. Our hearts go out to his wife, children and family, and we ask that their privacy be treated with the utmost respect in this unimaginably difficult time.” 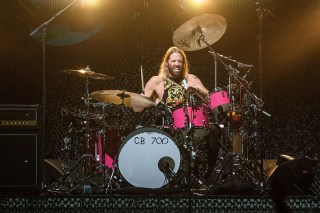 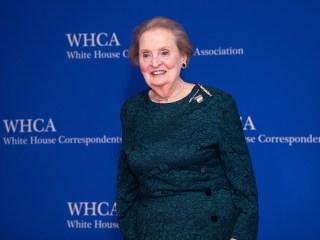 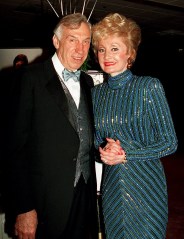 Taylor and Dave had an extraordinarily close relationship, which could be described more like brotherly than friends. After being inducted int the Rock & Roll Hall Of Fame in 2021 along with the rest of the Foo Fighters, Taylor gave Grohl a special shoutout. “First, I’d like to thank Dave, ’cause none of this s– would have happened if it wasn’t for Dave. So thank you for letting me be in your band,” he said on stage. Dave has also written about his relationship with Taylor in his memoir The Storyteller, describing the drummer as a “best friend and partner in crime” who was a bright light with his “toothy grin.”