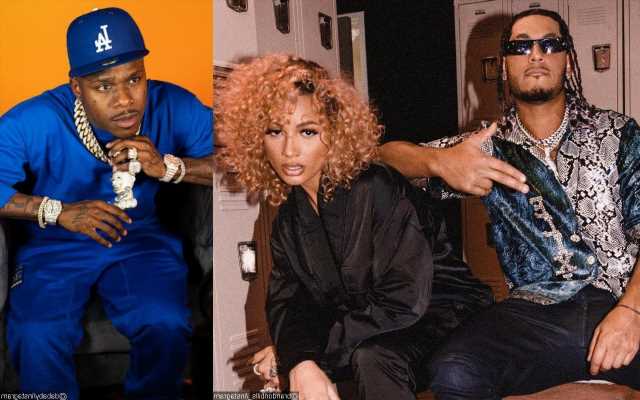 Brandon Biills insists that he ‘was never gonna cooperate’ with police because he had his fair share of being jailed and he doesn’t want to put anyone in that situation.

AceShowbiz –DaniLeigh‘s brother has reacted to reports saying he’s no longer cooperating with cops in investigation regarding his fight DaBaby. When addressing the matter, Brandon Bills divulged that he was indeed never cooperating with police because he won’t put the “ROCKSTAR” hitmaker in jail.

“So, all y’all talkin’ all that snitch, y’all might as well quit to that ’cause ain’t nobody a snitch here,” the musical artist went on stressing. “Never will be a snitch, never was a snitch.”

“It went viral, the whole world saw it, they came to me,” Brandon continued. “They asked me what happened, I said look at the video. The video tell you everything. It went viral. Millions of people saw it, I don’t need to say anything, you feel me? But at the end of the day, I’m not about to go press charges and trial and do all that.”

Brandon’s clarification arrived after TMZ reported that he stops cooperating with police in investigation regarding his bowling alley brawl with DaBaby in February. As a result, it’s difficult for police to press charges against the emcee.

However, it was previously unveiled that Brandon hit DaBaby with lawsuit in the wake of the altercation. Per TMZ, he is suing the North California artist for assault, battery, emotional distress and negligence. He claimed he walked by DaBaby in the bowling alley when the rapper suddenly attacked him.

Brandon said he didn’t fight back. He also claimed that he suffered severe injury and pain and that the assault resulted in physical and psychological damage, plus medical bills and sustained disability.