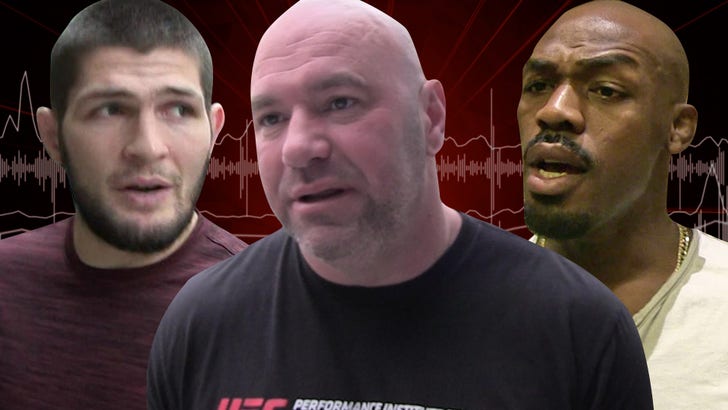 Dana White is doubling down on his claim Khabib Nurmagomedov will return to the Octagon — and he’s willing to put his money where his mouth is!

Of course, Khabib announced his retirement following his Oct. 24 victory over Justin Gaethje at UFC 254 … explaining he has no desire to fight anymore after the death of his father earlier this year.

But, Dana says Khabib’s father is the reason he WILL return — explaining it was his dad’s dream for Khabib to finish with a 30-0 record.

So, who would be the opponent? Dana says he’s NOT considering Georges St-Pierre, despite Khabib previously suggesting that’s he’d be open to that opportunity.

“We’ll see how all these things play out here … One of those guys would definitely be in for the fight.”

There’s more … we also asked Dana about plans for Jon Jones, who appears to be bulking up for a fight at the heavyweight level.

But, White says there’s nothing in the plans for a Jon Jones scrap in the near future.

“When he’s ready, all he’s gotta do is let us know … but we have no inclination whatsoever that this guy is coming to fight.”

We also talked to Dana about Valentina Shevchenko — and what lies in store for her if she gets past Jennifer Maia at UFC 255 this weekend.