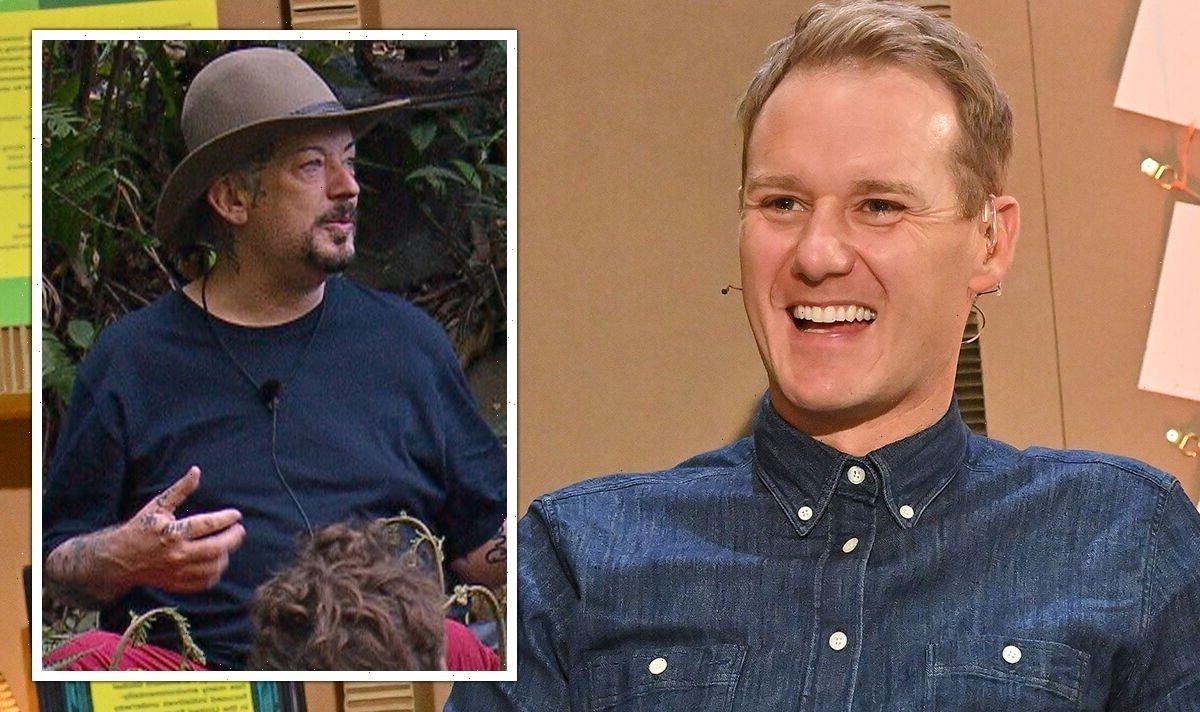 Dan Walker praises Jill Scott for being 'natural and normal'

Dan Walker, 45, is keeping tabs on the I’m A Celebrity…Get Me Out Of Here! campmates as Matt Hancock misses out on a trial for the first time in the series so far. While sharing who he’s rooting for, the presenter made a cheeky dig at singer Boy George, noting his contradictions in the camp.

Appearing in a dapper blue suit to the TV Choice Awards in London on November 14, Dan spoke exclusively to Express.co.uk sharing his opinion on the latest reality series.

As with any show combining big personalities in close quarters, there have been a few tension flares in the I’m A Celebrity jungle so far.

Acclaimed singer Boy George has usually found himself at the forefront of these, most recently clashing with camp leader Matt Hancock over chores.

He told Express: “I am enjoying Boy George never wanting to do anything.

Chuckling, he said: “I’m enjoying that, it’s quite good.”

Dan also revealed he is backing Lioness Jill Scott for the win, and if not her then perhaps former rugby player Mike Tindall.

The journalist revealed he had some personal ties with Jill, having met her long before she entered the jungle.

“I’ve interviewed her loads of times and she’s just always full of fun.

“She’s done so much for women’s football and sport in general.”

Dan added the “great thing about Jill” is that viewers can rest assured the Jill Scott they see in the jungle “is the real Jill Scott”.

He continued: “I think that’s coming across. She’s fun, she is really engaging with other people, she’s friendly, she’s natural, she’s normal.

“I think there are quite a few normal people in there.”

Both Jill Scott and Mike Tindall are yet to take part in a bushtucker trial since former health secretary Matt Hancock entered the jungle.

However, both have made an impression on their campmates, with the former footballer earning the nickname “Magic Mike” and Jill iconically requesting Sweet Caroline to be played in camp.

Tuesday’s episode marks the first trial Matt has not taken part in as the public voted three other celebrities to participate in the Angel of Agony.