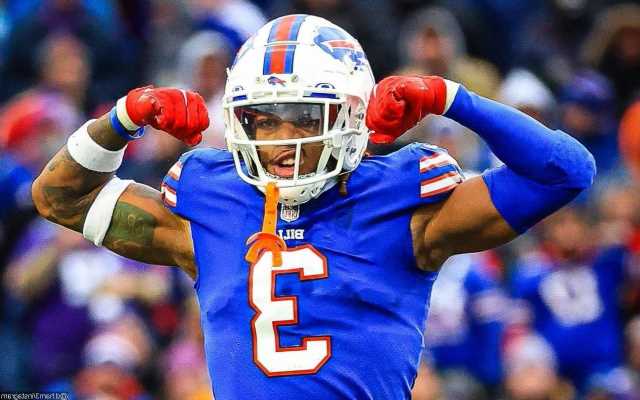 The Buffalo Bills safety issues his first statement on Instagram and Twitter less than a week after he collapsed in the first quarter of the game between his team and the Cincinnati Bengals.

AceShowbiz –Damar Hamlin couldn’t be more grateful for the “overwhelming” support he’s received since his collapse. In his first statement, the Buffalo Bills safety thanked those who have prayed for him.

Turning to Instagram on Saturday, January 7, the 24-year-old shared a series of pictures of himself. He began his caption, “When you put real love out into the world it comes back to you 3x’s as much.. The Love has been overwhelming, but I’m thankful for every single person that prayed for me and reached out.”

“We [bring] the world back together behind this. If you know me you know this only gone make me stronger,” the Pennsylvania athlete continued. “On a long road keep praying for me! #3strong.”

Just one day prior, the Bills divulged that Damar is now breathing on his own and able to talk. He also sent a sweet message to his teammates. “Damar Hamlin FaceTimed into our team meeting today to talk to players and coaches,” the Bills tweeted. “What he said to the team: ‘Love you boys.’ “

Damar collapsed in the first quarter of the Monday night game between the Buffalo Bills and the Cincinnati Bengals. After tackling Tee Higgins, he got up from the ground and took a few steps back, but he suddenly fell down onto the Paycor Stadium turf. He received PCR on the field for several minutes before being taken off the field in an ambulance.

The game between the Bills and the Bengals was immediately postponed until further notice. The NFL has announced that the game will not be resumed this week and the league “has made no decision regarding the resumption of the game at a later date.”