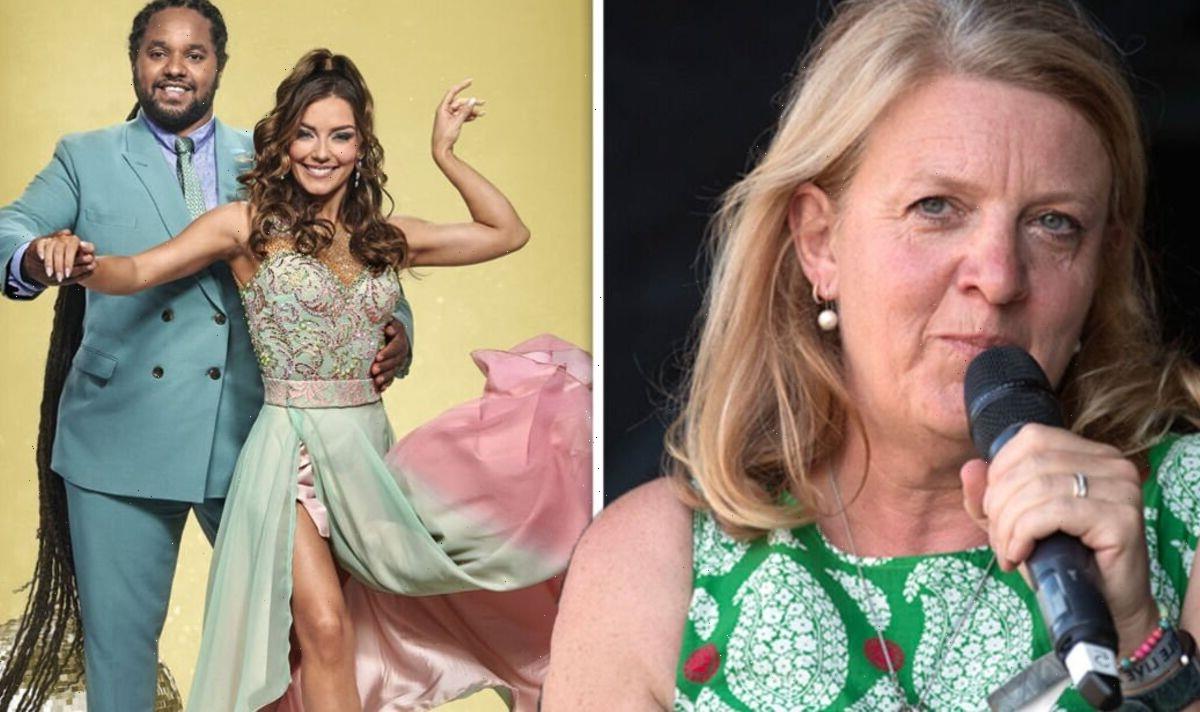 Charlotte Smith, 58, offered her support to her colleagues Helen Skelton, 39, and Hamza Yassin, 32, who are taking part in Strictly Come Dancing. The Countryfile presenter also shared her thoughts on the latter and explained her co-star’s dance moves certainly had taken her by surprise.

Speaking in a new interview, Charlotte explained she first met Hamza at a Scottish castle for the charity event, Children In Need.

She said: “Hamza, who I met by a Scottish castle, once again with Children in Need actually.

“We had some kids whose father had died rather traumatically and one of them was a budding photographer, so we introduced him to Hamza, who is one of the most gentle, loveliest people you will ever meet.

“So when I saw he was on Strictly I thought ‘Oh poor Hamza, he won’t last very long’.”

Last weekend saw Hamza share the top spot with Helen after he was awarded a total of 35 for his Quickstep having been within one point of a clean sweep of 10s for his Salsa the previous week.

Elsewhere, the CBeebies presenter recently revealed he was voluntarily homeless for nine months in a bid to achieve his dream of becoming a wildlife photographer.

Hamza left home when he was 21 after being inspired by a family holiday to a remote Scottish village on the west coast peninsula of Ardnamurchan.

He decided to stay in the village to observe the wildlife, despite having no job and nowhere to live, with his parents convinced it was just a phase.

Hamza told The Sunday Post: “I went on holiday to the west coast and fell in love with it.

“Two weeks later, I told my parents I had found where I was going to stay, came back and never left. I slept in my car for nine months looking for work and for a place to live.”

“They thought it would be a two-week thing, a phase.”

He added: “My dad said, ‘He will come ‘back to us when his clothes are dirty and he wants more home-cooked food.’ But the phase is nearly 11 years old now, it is not a phase anymore.”

Meanwhile, Jayde Adams became the fourth contestant to leave Strictly as she faced Molly Rainford in the dreaded dance off.

Meanwhile, Saturday night viewers will get to look forward to Halloween Week, and the BBC has revealed which spooky songs the couples will be dancing to this weekend.

The couples will bring all the spookiness of Halloween to their performances from their outfits to some incredible song choices.

Hamza and his professional dancer partner Jowita Przystal will perform a Tango to Wicked Game.