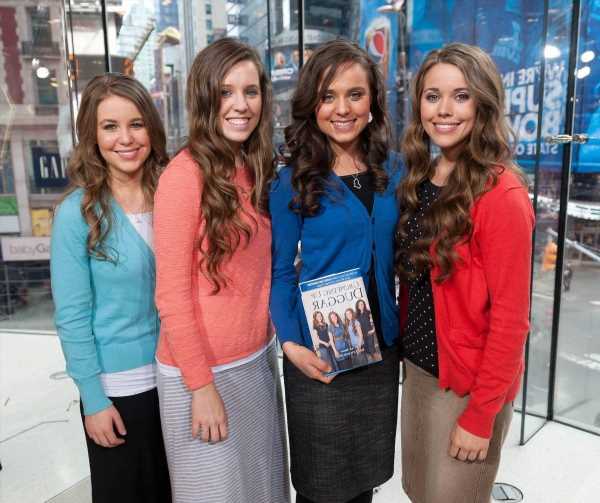 Duggar family followers have spent more than a decade watching the Duggar kids walk down the aisle. Over the years, TLC cameras have captured more than half a dozen Duggar weddings. Ardent followers may have noticed that most of those Duggar weddings occurred during non-traditional times of the year. Do you know what the family’s most popular wedding month has been so far?

What is the most popular month for weddings?

Marriages happen year-round in the United States, but some seasons are more popular than others for weddings. According to Brides, the typical wedding season begins in the late spring and runs through early fall. The most popular months to say “I Do” are June and September. According to several sources, about 16% of all weddings happen in September, and 15% of engaged couples plan their nuptials for June.

The weather seems to be a significant factor in planning a wedding, but not the only one. June and September are the most popular wedding months, even in parts of the country that don’t experience huge temperature swings. Heavy demand also means marrying during peak season comes with a hefty price tag. Off-season weddings generally are much cheaper to pull off. So, when is the cheapest month to get married? According to Bride Box, couples looking to take advantage of steep discounts should plan their wedding for November, January, or March.

The Duggar family’s most popular wedding month is off-season

While most people choose to get married between May and September, the Duggar family prefers off-season events. The most popular month for Duggar weddings is November. Three out of the 10 weddings that have happened so far took place in November. Two more occurred in other off-season months.

November isn’t the only off-season month that has seen a Duggar wedding. Justin Duggar married Claire Spivey in February 2021, and Jedidiah Duggar married Katey Nakatsu on April 5, 2021. TLC filmed neither Justin nor Jedidiah’s weddings. While several Duggars have enjoyed the benefits of off-season weddings, others have chosen to get married during more traditional months. Josh Duggar and Joseph Duggar both picked September wedding dates. Jill Dillard and Josiah Duggar both planned June weddings, and Joy-Anna Forsyth had a May ceremony.

When will the next Duggar wedding be?

It’s safe to assume that TLC will not be filming any more Duggar weddings. The Duggars spent nearly two decades working with the network, but Josh Duggar’s arrest was the final straw. TLC cut ties with the family in June 2021, two months after federal agents arrested the eldest son of Jim Bob and Michelle Duggar. While TLC’s cameras won’t be rolling, more weddings are sure to come. So, which Duggar wedding will family followers see next? It’s anyone’s guess.

For months, there has been speculation that Jeremiah Duggar and Jana Duggar might be dating siblings. The brother and sister were seen regularly in Nebraska and were photographed with the Wissmann family several times, most notably during the holiday season. While the siblings may be dating siblings, it seems more likely that one Duggar is serving as a chaperone for the other.

Family followers initially had high hopes that Jana had finally found the one. At 31, she is the oldest, unmarried Duggar. Hope is fading fast, though. Some followers believe that Jana was dating Stephen Wissman at one point but has since ended the relationship. Instead of a Jana wedding, followers think Jeremiah will be the next one to wed. That likely won’t happen in the next couple of months, though. Josh Duggar’s trial begins in November, so the Duggar family will probably put all family celebrations on hold until that is sorted out.