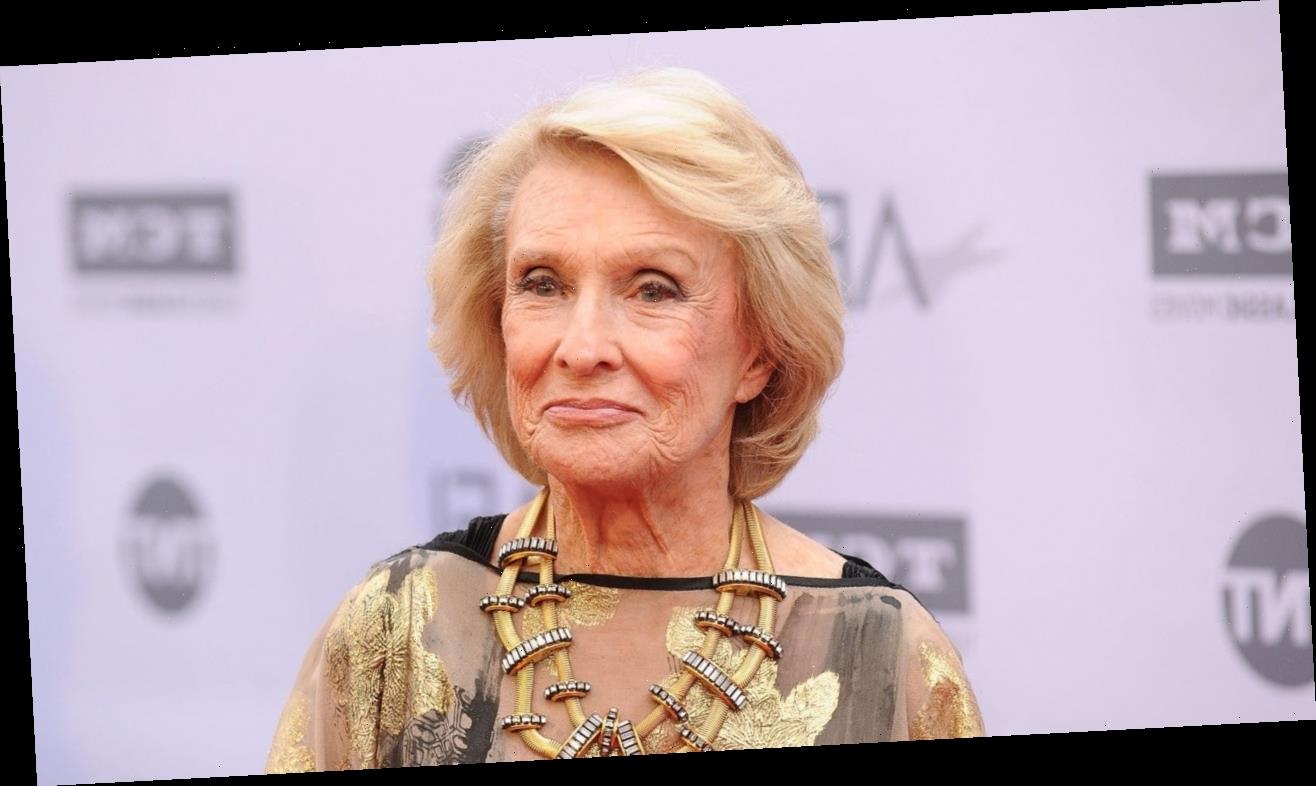 Cloris Leachman, the Emmy and Oscar-winning actress whose career crossed more than seven decades, has died. She was 94.

The famed actress’ rep confirmed to ET that Leachman died in her sleep on Tuesday night. She was at her Encinitas, California, home, with her daughter, Dinah, by her side, per TMZ.

Leachman appeared in over 100 films and televisions shows including The Facts of Life, The Mary Tyler Moore Show, Phyllis, Malcolm in the Middle, American Gods, Raising Hope, The Longest Yard, Bad Santa, Touched by an Angel, The Love Boat, Lassie, and Perry Mason. She also worked with fellow Hollywood legends like Katharine Hepburn, Alfred Hitchcock, and Paul Newman, and appeared in three films helmed by famed director Mel Brooks: Young Frankenstein, High Anxiety and History of the World: Part 1.

Despite her successful career in show business, Leachman never intended to become a star, as she revealed to ET in a 1987 interview. “It wasn’t, ‘Oh, I want to be a star. Oh, Hollywood!’ ever. It was different from that,” Leachman explained. “It was just something that developed.”

“I had to make a career book in junior high school and I thought, ‘What will I be?’ And I thought I could be a concert pianist but I don’t have that long of a spread,” she continued. “I can barely reach an octave and I always knew I would have children and a family and that it was necessary to be fulfilled as a woman, so whatever I did would have to fit in and around that.”

A chance encounter with a palm reader revealed what would become of the eight-time Emmy winner’s future. “She read my palm and I remember the words. Absolutely these words, ‘Someday, you will be before millions of people.’ And there wasn’t any such thing as television [at that time],” Leachman recalled to ET. “How could I be before millions of people? It was unbelievable. That and I saw myself as a child standing in light and I didn’t interpret it but I saw myself standing in light and many times when I’m standing in light I think about that.”

The eldest of three daughters, Leachman was born in De Moines, Iowa, on April 30, 1926. The native Midwesterner graduated from Theodore Roosevelt High School before studying drama at Illinois State University, and later at Northwestern University.

In 1946, Leachman won a scholarship after placing 16th in the Miss America pageant. She went on to study at the Actors Studio in New York City and began appearing on television and film a short time later. Though Leachman was hired as an extra on the 1947 film Carnegie Hall, her earliest credited acting role was in the 1948 TV series The Ford Theater Hour, followed by NBC Presents and Actors Studio. Leachman was also cast in the Broadway play As You Like It alongside Hepburn, who asked her to co-star in the production.

By the 1950s, Leachman appeared on the shows Suspense and Studio One in Hollywood, before landing a major role in the film Kiss Me Deadly. She followed up with the Korean war drama The Rack, in addition to being cast in The Twilight Zone, Alfred Hitchcock Presents, and Gunsmoke. In 1957, Leachman signed on to play mom Ruth Martin on the TV drama Lassie, but left the show after one season because she didn’t like the stereotypical homemaker role. Leachman was replaced by June Lockhart.

Over the next decade, Leachman landed more than 50 different jobs, including Butch Cassidy and the Sundance Kid starring Robert Redford, Katherine Ross and Newman, the latter of whom Leachman previously worked with on the 1956 film The Rack. In 1971, Leachman won a Best Supporting Actress Oscar for The Last Picture Show. Another of Leachman’s memorable characters was Phyllis Lindstorm on The Mary Tyler Moore Show. The role landed her the spinoff Phyllis, which aired from 1975 until 1977. Though Leachman won a Golden Globe for the series, Phyllis ended after the tragic murder of cast member Barbara Colby, and the deaths of two elderly actors, Judith Lowry and Burt Mustin, who played a married couple on the sitcom.

After Phyllis came to an end, Leachman made appearances in several TV movies before landing recurring roles on The Love Boat and The Facts of Life. In addition to on-camera roles, Leachman voiced animated characters in My Little Pony: The Movie, A Troll in Central Park, and Iron Giant. She also guest starred on The Simpsons and Bob’s Burgers.

As she had done for the brunt of her career, Leachman bounced between silver screen cult classics to some of TV’s most popular shows. In the early ’90s, Leachman starred as Granny in the film adaptation of The Beverly Hillbillies and scored a small role in Beavis and Butt-Head Do America. In 2000, Leachman returned to network television starring as Grandma Ida on Malcolm in the Middle. Leachman won two Emmys for her role on the Fox sitcom.

The new millennium also found Leachman continuing to flex her comedy muscle in films such as Bad Santa,The Longest Yard, and Scary Movie 4.

In 2006, Drake University presented Leachman with an honorary doctorate. Two years later, Leachman took her talents to Dancing With the Stars, becoming the oldest person to compete on the show. Leachman’s accolades also include being inducted into the Television Academy Hall of Fame in 2011, and receiving an honorary doctorate from her alma mater, Northwestern University in 2014. PETA also gave Leachman a lifetime achievement award in 2017, commemorating her work as an animal activist.

Leachman was also a doting wife and mother. She was married to film director and editor George Englund from 1953 until 1979. The couple welcomed five children, Morgan, Adam, Dinah, George, and Bryan, the latter of whom was an aspiring actor who died from an overdose in1986 at the age of 30. Englund died in 2017.

When it came to show business, retirement wasn’t an option for the spunky character actress who won Emmy Awards over four consecutive decades. Her final roles included the comedies High Holiday and A Funny Thing Happened on the Way to the Castle.

“I adore comedy,” the acting legend dished to ET during a 1982 interview. “I like to do it over and over again until I just get sick of it. If something is funny, oh do it again. Part of it is common experience. I have experienced everything that any woman could have experienced. There is nothing you can name that I have not experienced, that I can think of.”

Leachman is survived by her four children and six grandchildren.