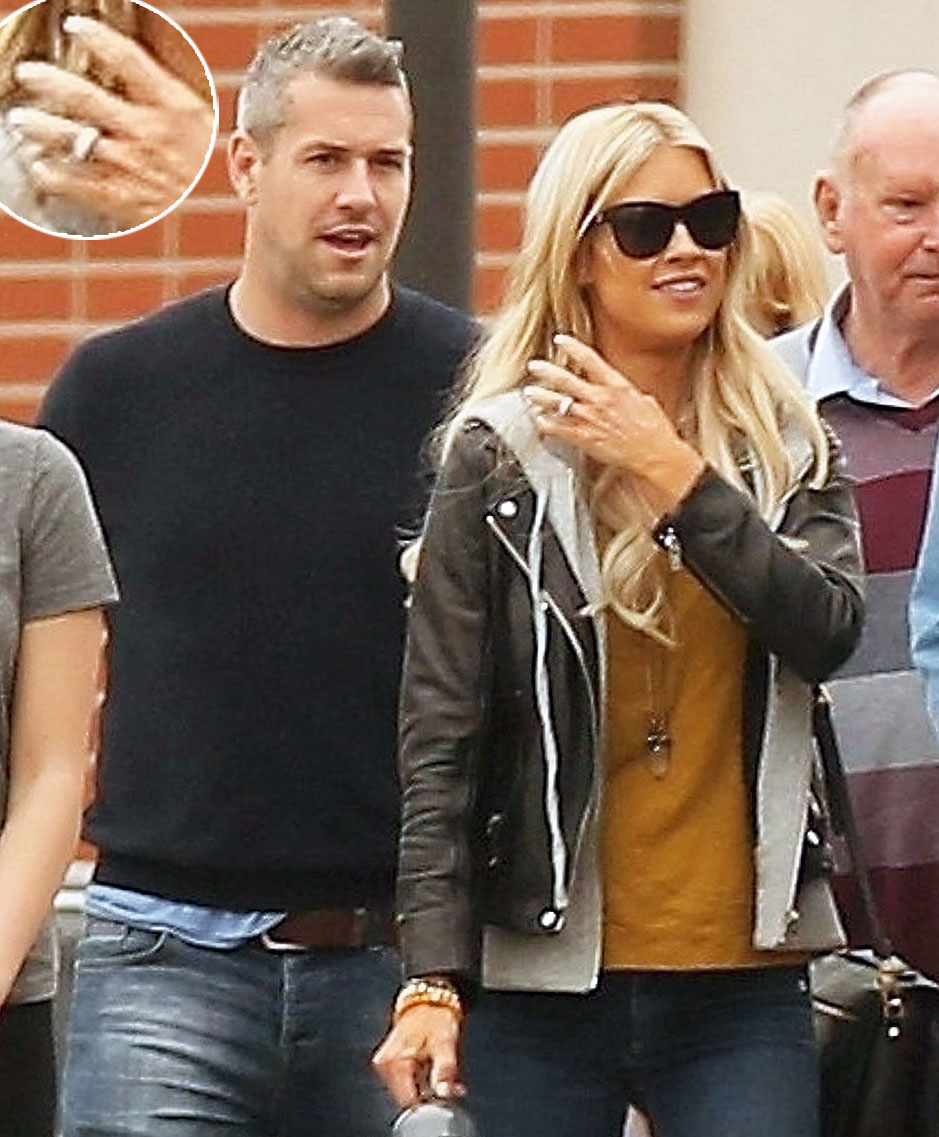 Newlywed glow. Christina El Moussa was simply beaming as she and her new husband, Ant Anstead, went on a family outing with their kids on Sunday, December 23.

The Flip or Flop star, 35, showed off her wedding ring as she and the Brit, 39, walked with several of their family members — including their four children, her parents and his mother — outside a church in Anaheim, California. The couple tied the knot in an intimate ceremony at their home the day prior, almost one year after Us Weekly confirmed their relationship.

El Moussa was married to Flip or Flop costar Tarek El Moussa for seven years before they announced their separation in December 2016. She filed for divorce from the 37-year-old in August 2017, citing “irreconcilable differences,” and the split was finalized in January.

“Tarek is happy for Christina and he’s moved on, but still cares about her deeply,” a source told Us exclusively on Sunday.

The exes share two children — daughter, Taylor, 8, and son, Brayden, 3. Anstead also has two kids from a previous relationship — Amelie, 15, and Archie, 12. While Christina and Tarek are no longer married, they still work together on the HGTV show.

“We’ve been doing this a really long time — it’s part of who we are and what we do,” Tarek told the Today show’s Natalie Morales on December 14. “And for us to just throw everything away … it just wasn’t worth it. And at the same time, we love the crew, we love the show, we love our fans and we love the network.”

Christina added that keeping things civil for their “two amazing kids” is key. “It’s important when you’re coparenting to make sure that you’re on the same page,” she explained to Us in June. “We have a schedule where we make sure that if one of us has to travel, that the other picks up for the other one. And we just make sure that whatever’s best for the kids is what we’re going to do.”