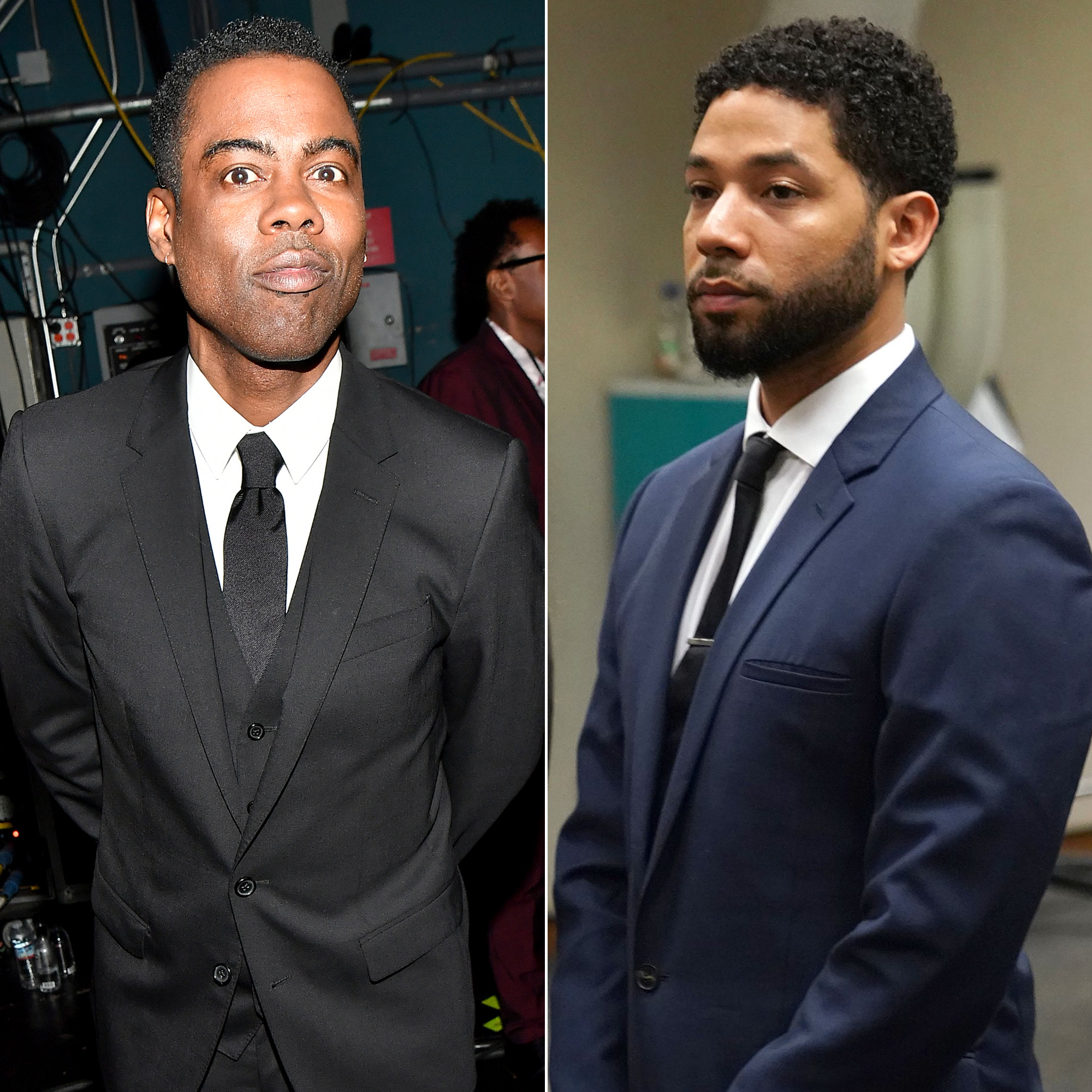 Not holding back! Jussie Smollett didn’t attend the 50th NAACP Image Awards on Saturday, March 30, amid the ongoing FBI investigation into his plea deal for an alleged attack, but that didn’t stop Chris Rock from making him the butt of a joke.

“They said, ‘No Jussie Smollett jokes,’” Rock, 54, announced before he presented the award for Outstanding Comedy Series, according to The Hollywood Reporter. “What a waste of light skin. Do you know what I could do with that light skin? That curly hair? My career would be out of here! I’d be running Hollywood.”

The Grown Ups actor added: “What the hell was he thinking? You’re ‘Jessie’ from now on. You don’t get the ‘u’ no more. That ‘u’ was respect. You ain’t getting no respect from me!”

Smollett, 36, was nominated for Outstanding Supporting Actor in a Drama Series for his role in Empire, however, the honor ultimately went to Grey’s Anatomy star Jesse Williams. The “Good Enough” singer’s loss comes less than a week after Chicago prosecutors dropped all criminal charges against Smollett, sparking “an active federal investigation,” a source told Us Weekly on Wednesday, March 27.

“Basically, there is a probe to decide whether or not foul play was involved in his bargain with prosecutors,” the insider added of Smollett’s unusual “favorable plea deal”, which ABC News confirmed.

Smollett was hospitalized in January after the alleged hate crime took place, and though the actor has maintained his innocence, he was named a suspect in the case and arrested the following month for allegedly staging the ordeal. He was indicted on 16 felony counts for allegedly filing a false police report at the time, however, all counts were dropped by Cook County, Illinois, prosecutors on Tuesday, March 26.

“He was a victim who was vilified and made to appear as a perpetrator as a result of false and inappropriate remarks made to the public causing an inappropriate rush to judgment,” his lawyers, Tina Glandian and Patricia Brown Holmes, told Us Weekly in a statement. “Jussie is relieved to have this situation behind him and is very much looking forward to getting back to focusing on his family, friends and career.”

Smollett spoke out in a press conference shortly after the decision, claiming he has been “truthful and consistent on every single level since day one.”

He added: “I would not be my mother’s son if I was capable of one drop of what I’ve been accused of. This has been an incredibly difficult time, honestly one of the worst of my entire life, but I am a man of faith and a man of knowledge of history and I wouldn’t bring my family through this, I just wouldn’t.”