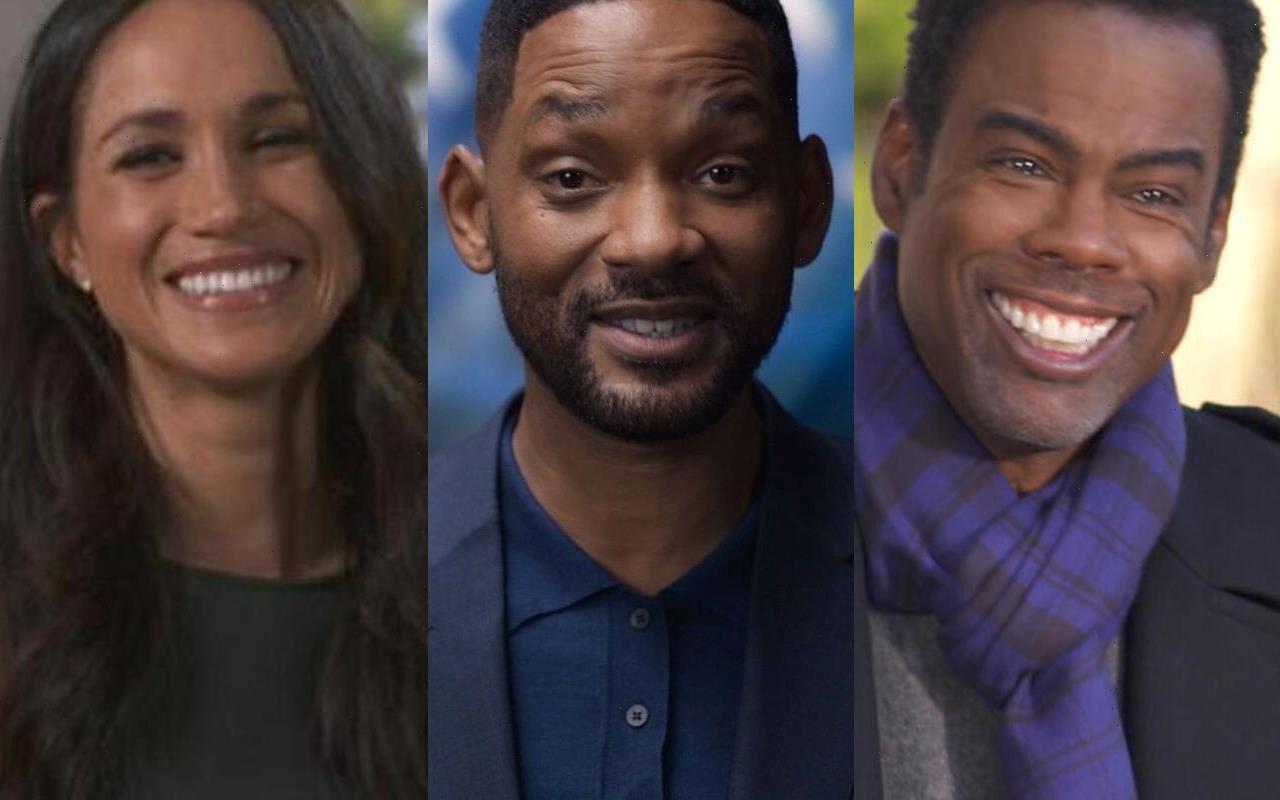 The ‘Beverly Hills Cop’ actor says the ‘Aladdin’ star has successfully hidden behind the facade of ‘a perfect man’ for years and suggests the Duchess of Sussex played victim to gain popularity.

AceShowbiz –Chris Rock claims Will Smith managed to pretend to be a “perfect man for 30 years” before revealing he is “just as ugly as the rest of us.” During a gig with fellow stand-up Dave Chappelle at Liverpool’s M and S Arena on the first night of their joint multi-date tour, the comic, 57, finally shared his extensive feelings about being slapped by the 53-year-old actor at this year’s Oscars.

“Did that s*** hurt?” Dave, 49, asked Chris in front of the crowd, prompting Chris to exclaim, “Goddam right… the mother***** hit me over a bulls*** joke – the nicest joke I ever told. Will did the impression of a perfect person for 30 years, and he ripped his mask off and showed us he was as ugly as the rest of us.”

“Whatever the consequences are… I hope he doesn’t put his mask back on again, and lets his real face breathe. I see myself in both men.”

Chris also took aim at Meghan, Duchess of Sussex, 41, during the show on Thursday night (01.09.22) by mocking her complaints about life and the royal family. He said, “I just don’t get it,” as he spoke about today’s obsession with “victimhood,” which the comic labelled a way of getting famous.

Will stormed the stage at the Academy Awards in March and whacked Chris after the comic compared the “Seven Pounds” actor’s wife’s shaven head to actress Demi Moore‘s buzzcut in the 1997 film “G.I. Jane“.

The actor then twice howled at Chris from his seat in front of stunned A-listers and while watched by millions of film fans around the world, “Keep my wife’s name out your f****** mouth.” Dumfounded Chris said after the slap, “Will Smith just slapped the s*** out of me. Oh, I could go…” while looking into the stage wings, and then saying, “That was the greatest night in the history of television.”

It was later highlighted Will’s wife of 25 years Jada Pinkett Smith, 50, had shaved her head as she suffers alopecia.

Will issued a groveling apology in on online video earlier this month and has admitted Chris has not responded to his attempts to reach out. He said, “I will say to you, Chris, I apologise to you. My behaviour was unacceptable and I’m here whenever you’re ready to talk.”

There was widespread outrage when Will went on to cry on the Oscars stage after the slap while picking up his best actor trophy for best actor for his role in ‘King Richard’, with many of his critics saying he should have immediately been kicked out of the ceremony by Oscars bosses, banned from after-parties, not allowed to pick up his award and questioned by police.

He has since been banned from Oscars events for 10 years.

Chris is scheduled to perform with Dave Chappelle in London, Copenhagen and Amsterdam before they return to America later this month for more shows.