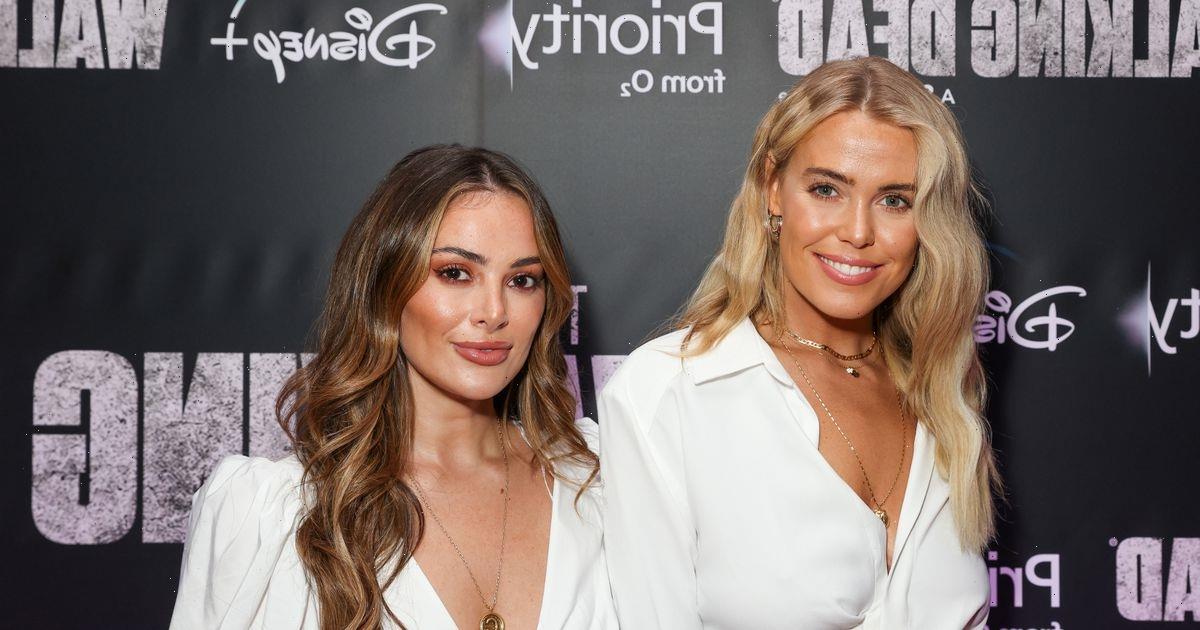 Chloe Meadows and Courtney Green proved they had moved on from the heartbreak of being axed from The Only Way Is Essex as they made their first public appearance since the shocking news.

The pair were said to be "gutted" after being given the boot from the popular ITV series alongside ten other cast members, with show producers hoping to focus on a select number of core cast going forward.

And a month later, Chloe and Courtney proved they had enough star power to hold their own as they posed up a storm on the red carpet for The Walking Dead premiere in London on Thursday evening.

Chloe looked utterly incredible as she flashed her toned midriff in a cropped white shirt and royal blue joggers, which she teamed with stylish white trainers.

The blonde bombshell sported beachy waves which framed her striking features, and she accessorised with a labyrinth of gold necklaces down her front.

Courtney also wowed in the style department as she wore a similar white cropped top that featured a tie-up bow in the centre.

A pair of straight-leg denims and tumbling long locks completed the look as she posed away in white heeled boots.

Courtney and Chloe's TOWIE axing appeared to be the furthest thing from their mind as they smiled for cameras while enjoying the event, which Disney Plus hosted.

Last month the pair, who first joined TOWIE in 2015, were among the first victims of the mass cast cull by ITV bosses.

Harry Lee, Kelsey Stratford and Clelia Theodorou were also said to be exiting so producers can concentrate on "a smaller group of cast members."

A source told MailOnline: "Courtney and Chloe are gutted, they thought they were part of the furniture. But bosses feel the ruthless cull was needed to shake up the show.

"Many of the stars are yet to be told ahead of meetings scheduled with producers today and are preparing themselves for the worst. It will be devastating for so many of them."

Speaking of the decision to axe certain cast members, a source told The Sun: "With an ever-growing cast of characters, it was becoming hard to give the audience any real insight into the lives of those involved.

"Producers want the show to go back to how it used to be at the start where the audience saw much more of each character's backstory and what they get up to.

"The bigger the cast, the less screen time each gets. They want to flip that round again and give less more."