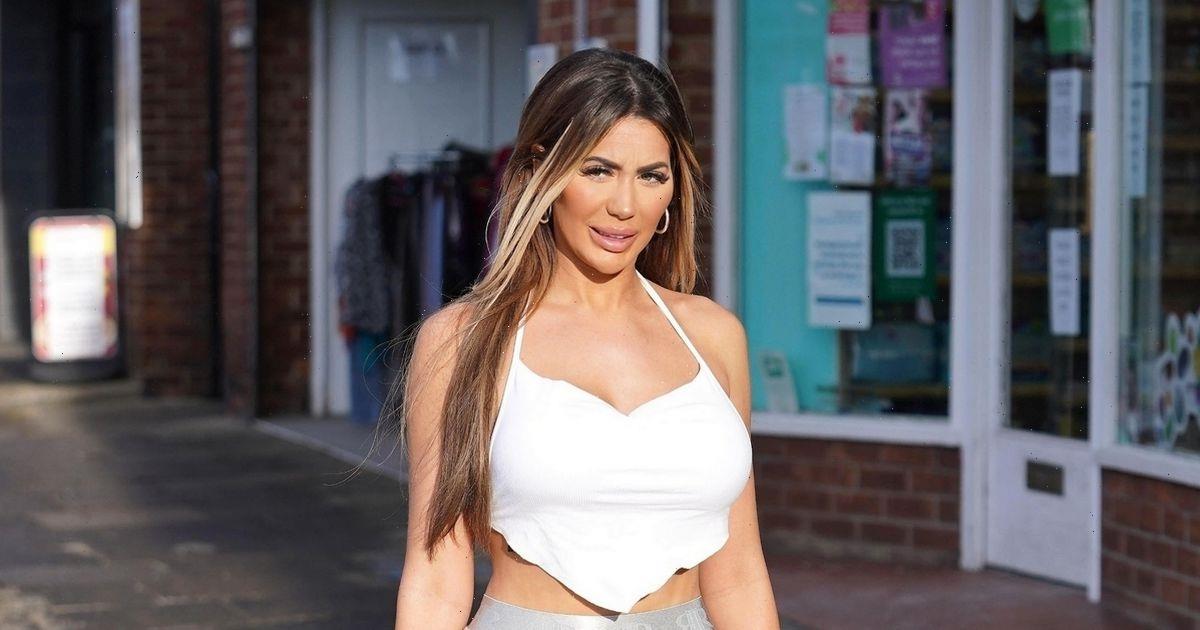 The TV star, 27, shrugged off the cold as she left her beauty salon, CM House of Aesthetics, without so much as a jacket to keep her warm on the journey home.

Showing off her enviable physique, Chloe sported a white triangle crop top, which she paired with some grey leggings and black and white Dolce and Gabbana trainers. Heading home she carried her belongings in a chic black bag.

This isn't the first time the Newcastle native has ignored the temperatures, having previously decided to walk one of her dogs while wearing a crop top and shorts – although she did add a jacket to her ensemble on this occasion.

And prior to that Chloe was snapped heading out for a winter jog in a sports bra and leggings, sans a jacket.

Chloe's outings come just weeks after she split from her on-off boyfriend Johnny Wilbo for the third time, after the relationship was dogged by claims of infidelity.

The pair had briefly reconciled after Chloe discovered he was messaging other women behind his back, but it wasn't to be, with the TV star confirming they had split for good late last year.

At the end of last year Chloe opened up to The Sun about the split, telling the publication: "I literally want to be on my own, I don’t even want to be with anyone. I had such a bad 2022 that I physically can’t wait for ’23. Nothing could go any more wrong than what 2022 did and so I’m actually just really excited to be on my own for a bit."

Before their brief reconciliation, Chloe very publicly dumped Johnny as she shared a post to her Instagram story updating fans on her love life.

She wrote: "As you may all be aware, there are rumours about my partner Johnny messaging numerous girls without my knowledge. These rumours are true and Johnny is no longer my partner but is now my ex-partner.

She then continued: "I have a lot going on in my life before this extra hurt, so please could I ask you all not to inform me on any more information. One message to one girl is enough for me and I don't wish to see anymore."

Following the break-up, Chloe moved back in with her mum, leaving behind the lavish mega-mansion she and Johnny had rented together, for a whopping £7000 a month.