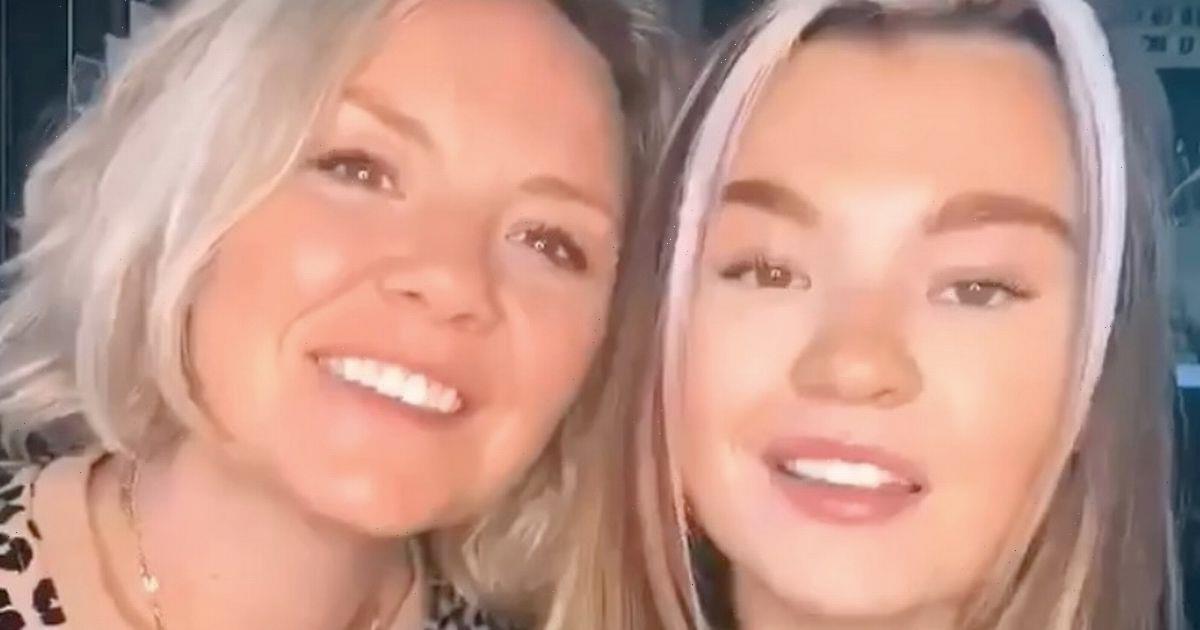 Charlie Brooks, known for playing one of EastEnders' most-feared villains Janine Butcher, is now one of TikTok's newest stars.

The award-winning soapstar, 40 – who first joined Albert Square back in 1999 – has been joining her real-life daughter Kiki Brooks-Truman, 17, to film a series of charming and hilarious clips for the popular video sharing app.

Charlie appears in one of her daughter's videos, which saw her and Kiki recreating the iconic EastEnders scene which saw Janine Butcher shove sobbing husband Barry Evans, played by Shaun Williamson, off a cliff, killing him.

The actress had fans in stiches as she mimed over her original lines from the 2004 episode, whilst Kiki took over the part of Barry.

Adoring comments quickly flooded in, with one fan exclaiming: "I LOVE YOUR MUM", whilst another wrote: "THIS IS EVERYTHING I NEVER KNEW I NEEDED".

"Omg did she still know the words or did she need reminding?" a third asked, adding: "Janine is a queen though."

A fourth also commented: "I remember this so clearly! Janine was the original baddie!" Kiki later took part in the trend whereby app users share snaps of their parents back in the 90s, which left new followers blown away by the resemblance that she had with her actress mum and dad Tony Truman.

Fans immediately took the comment section, where one told the youngster: "You look so much like Janine in the beginning pic", whilst another joked: "Ur mum really sad copy and paste".

A third added: "You are your mums double!!" Since then, the lookalike duo have poked fun of some of EastEnders' most legendary scenes and jested about how Charlie is unable to leave the house without being recognised as her on-screen character.

One video captioned, "When you're in Soho for food and someone screams 'Janine' and the whole bar starts screaming and clapping", saw the pair leaving the bar whilst cheekily lip syncing to a Britney Spears track.

Another clip, comprised of Charlie and Kiki singing the lyrics: "You look so dumb right now", from Rihanna's song Take A Bow over the caption: "When people ask why your mum pushed Barry but don't realise it was a fictional TV show", has also been immensely popular with fans. One follower jestingly commented: "JUSTICE 4 BARRY", whilst another added: "It was real to Barry, he loved her man".

Similarly, a rib-tickling TikTok saw Kiki singing the Pink lyrics: "You're an a*****e, but I love you", to her mother whilst they cuddle in bed, with the caption: "When she's an amazing mum but I can't go out with her without someone screaming 'Why'd you push Barry?'"

The actress first took on the role of Janine in 1999 as the the rebellious daughter of Frank, stepdaughter of Pat and sister of Ricky, before temporarily departing in 2004.

She appeared in Watford on an on-off basis in the years that followed whilst simultaneously making appearances in popular television series' such as The Bill and Wired.

Charlie finally made her long-anticipated return to EastEnders in September last year, with her 1,000th episode as Janine taking place on 10 February 2022.

For all your updates on Charlie Brooks and EastEnders, sign up to our daily OK! newsletter.