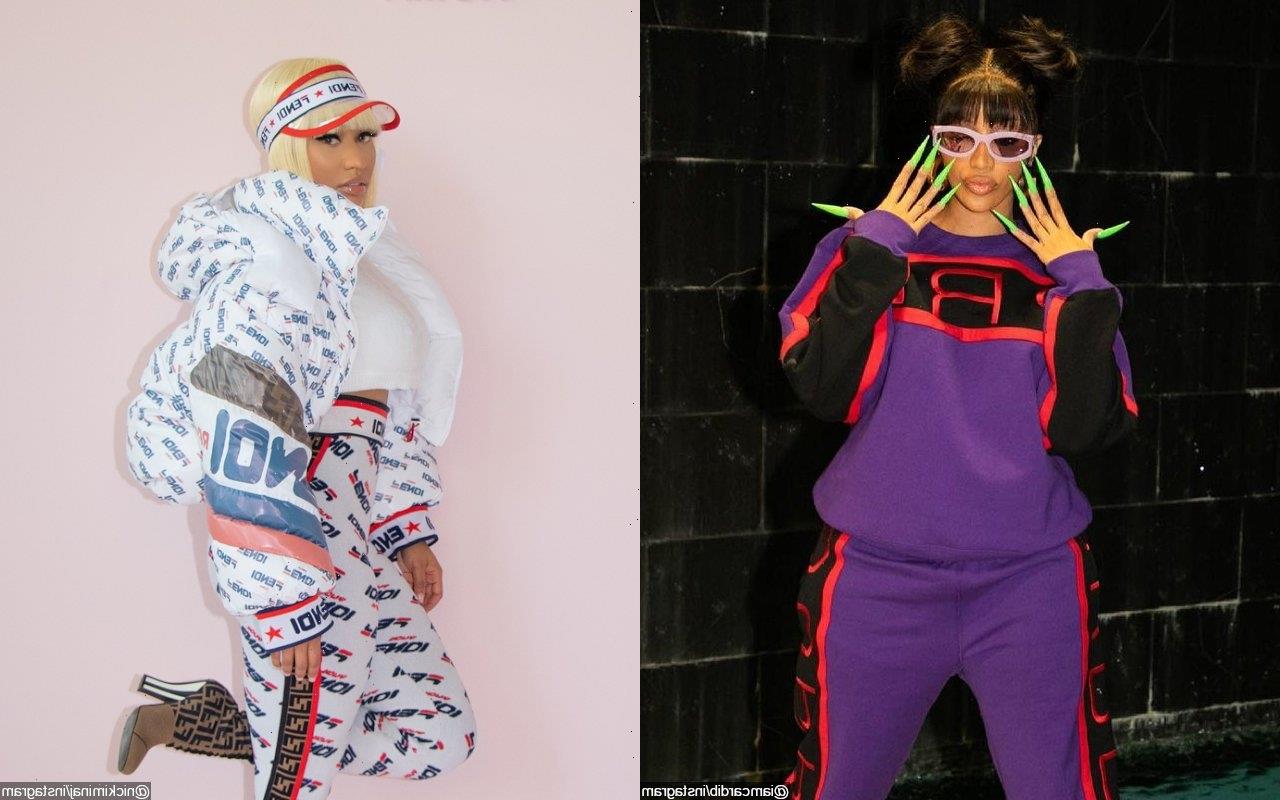 In a new interview, ‘Love and Hip Hop: Miami’ star Jessie Woo drops a shocking claim as she shares that someone from Cardi B told her their ‘ our goal was to knock Nicki out.

AceShowbiz –Cardi B and Nicki Minaj used to beef, though they appeared to have buried their hatchet and put their difference in the past publicly. However, it was “Love & Hip Hop: Miami” star Jessie Woo who seemingly tried to revive the drama with some shocking revelations.

“I met someone that was on Cardi’s team back in 2017,” the reality TV star shared during her interview wih “The Neighborhood”. “They literally told me, this is something that was told to me, that yeah like, ‘Putting Cardi out, our goal was to knock Nicki out.’ “

“That was the first time I heard that topic. Then, not too long later, the whole Nicki and Cardi thing happened,” Jessi added, referring to the infamous fight between the two raptress and their teams at New York Fashion Week back in 2018. “I remember just thinking to myself, yo, so-and-so told me this is what they were trying to do.”

Cardi caught wind of the interview and quickly set the record straight in the comment section. “The lies !!! I hate that I gotta address s**t that is so irrelevant,” said the “WAP” hitmaker. “Jessie woo is the same person that I got on my dm askin me advise because she sign to my old record label and she felt like my old manager played her.”

“If anybody ever told you that about another woman then why would you go and sign with them as well ?” Cardi asked. “No matter how stressful my 3 years of litigation when with my old managers was I know he will never say that since he a Queens nikka and the last thing in our head was another woman when we was just trying to make it which we did .And yes I got the dms !”

Nicki and Cardi made headlines when they had a physical altercation at the Harper’s BAZAAR ICONS party during New York Fashion Week in September 2018. However, the two hinted that they decided to squash the beef with Cardi tweeting, “I’m tired of talking about it too. I’m tired of the f***ing whole internet s**t [and] I’m tired of the interview s**t. If you really wanna talk about it, you know where to link me. … We can talk about it, or we can fight it out. I’m with whatever.”

“When you pull up my videos you see that I’m always showing you respect because you’re somebody I listen to since I was in high school,” the “Money” rapper added.

In response to that, Nicki wrote, “I know this stuff is entertaining & funny to a lot of people but I won’t be discussing this nonsense anymore.” Cardi then replied, “Alright then! Let’s keep it positive and keep it pushing!”