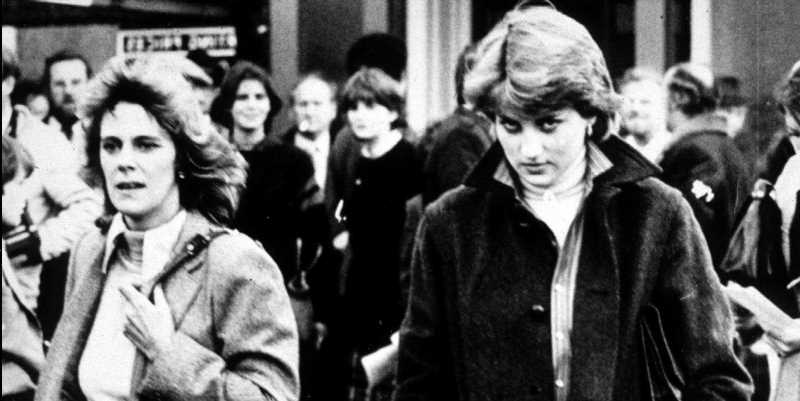 “Camilla Parker Bowles left Diana a note saying ‘Such exciting news. Love to see the engagement ring,'” Mamata said in the docuseries, according to The Mirror. “That’s like a real mafia thug move. That’s so Mean Girls it’s unbelievable… That’s a power move right there.”

Royal experts agree that Camilla’s relationship with Prince Charles was always an issue in Diana’s marriage, from the very beginning. And, according to former BBC royal correspondent Jennie Bond, Diana was *very* aware of this fact early on.

“In Diana’s own words, she told me any marriage Prince Charles might have made could never be as strong as the relationship he had with Camilla,” Bond explained. “And that’s what she was battling with from the outset.”

Charles and Camilla first connected in 1970 and dated briefly until Charles left to serve in the Royal Navy. By the time he returned Camilla was engaged to Andrew Parker Bowles, who she married in 1973. Camilla and Charles stayed close (he was even named godfather of her son, Tom) and in 1980, he started dating Lady Diana Spencer, who was 18 at the time (he was 31). The couple got engaged in February 1981 and tied the knot that summer on July 29.

According to Charles’ authorized biography, he and Camilla had begun their affair by 1986, which became public knowledge in 1992 thanks to stories Diana shared with her biographer, Andrew Morton, for his book Diana: Her True Story.

Diana reportedly confronted Camilla about the affair a few years earlier, in 1989.

“I know what’s going on between you and Charles and I just want you to know that,” Diana said, according to The Telegraph. “She said to me: ‘You’ve got everything you ever wanted. You’ve got all the men in the world fall in love with you and you’ve got two beautiful children, what more do you want?’ So I said, ‘I want my husband.’ And I said, ‘I’m sorry I’m in the way…and it must be hell for both of you. But I do know what’s going on. Don’t treat me like an idiot.'”

Charles and Camilla eventually divorced their respective first spouses (Camilla and Andrew split in 1995 and Charles and Diana officially divorced in 1996 after being separated for four years) and married in 2005.