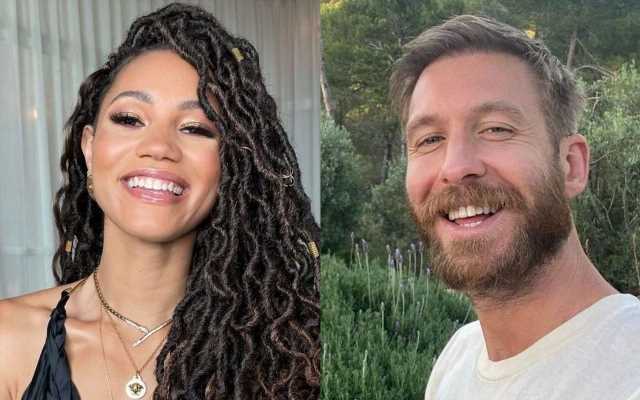 The brunette bride-to-be doesn’t care if she sounds ‘so corny’ as she declares ‘love’ is the most important thing to her when it comes to a relationship.

AceShowbiz –Calvin Harris‘ fiancee Vick Hope says “love” is the main key in a relationship. It’s clear the BBC Radio 1 DJ has fallen head-over-heels in love with the hunky world-famous DJ after he popped the question at his home in sunny Spain earlier this year following just five months of dating.

“Love is the most important thing to me in a relationship. The most ground-breaking, all-encompassing, happy love. It sounds so corny but it’s the most beautiful thing,” she told Closer UK. “The chemicals in our brain are amazing. It’s amazing how we are capable of feeling in ways I had no idea before – it’s transcendental!”

The former “[t=Strictly Come Dancing” contestant is believed to be “the one” for the 38-year-old record producer, who ended things with supermodel Aarika Wolf this year and has also been romantically linked to pop stars Taylor Swift, 32, Rita Ora, 31, and Ellie Goulding, 35, in the past.

An insider said, “Calvin was flying Vick out to Ibiza on his private jet. It was all very romantic and he really laid out the red carpet. Calvin has found the one in Vick.”

Vick was previously in a relationship with actor Tom Rosenthal, 34, for four years.