While the actress initially played coy about their offscreen relationship, she spoke candidly about her sex life to Cosmopolitan in January 2018.

“I love to talk about it. It’s interesting — one big insecurity I had to get past was when the person I’m with has had more sexual experiences than I have and has been in love more than I have. It’s mainly sexual though — I find myself thinking that they’re comparing me to their ex-lovers,” Reinhart told the magazine. “I know it’s a stupid insecurity, because I can’t control someone’s past or dictate who they slept with before me … and besides, they’re with me for a reason.”

Months later, however, the teen drama star told Harper’s Bazaar that she is “not OK” talking about her relationship with Sprouse.

“I’m not going to tell you my love story,” she said. “That’s just not appropriate right now.”

The pair have come a long way since then as both Reinhart and Sprouse often gush about each other on social media. In September 2018, the former Suite Life of Zack & Cody star posted a topless photo of his girlfriend and costar on her 22nd birthday.

“Both the birthday and the gift,” he wrote alongside a pic of Reinhart with her arms crossed over her bare chest while looking at herself in the mirror via Instagram. “My little muse, happy birthday my love.”

Scroll through for a complete timeline of their relationship: 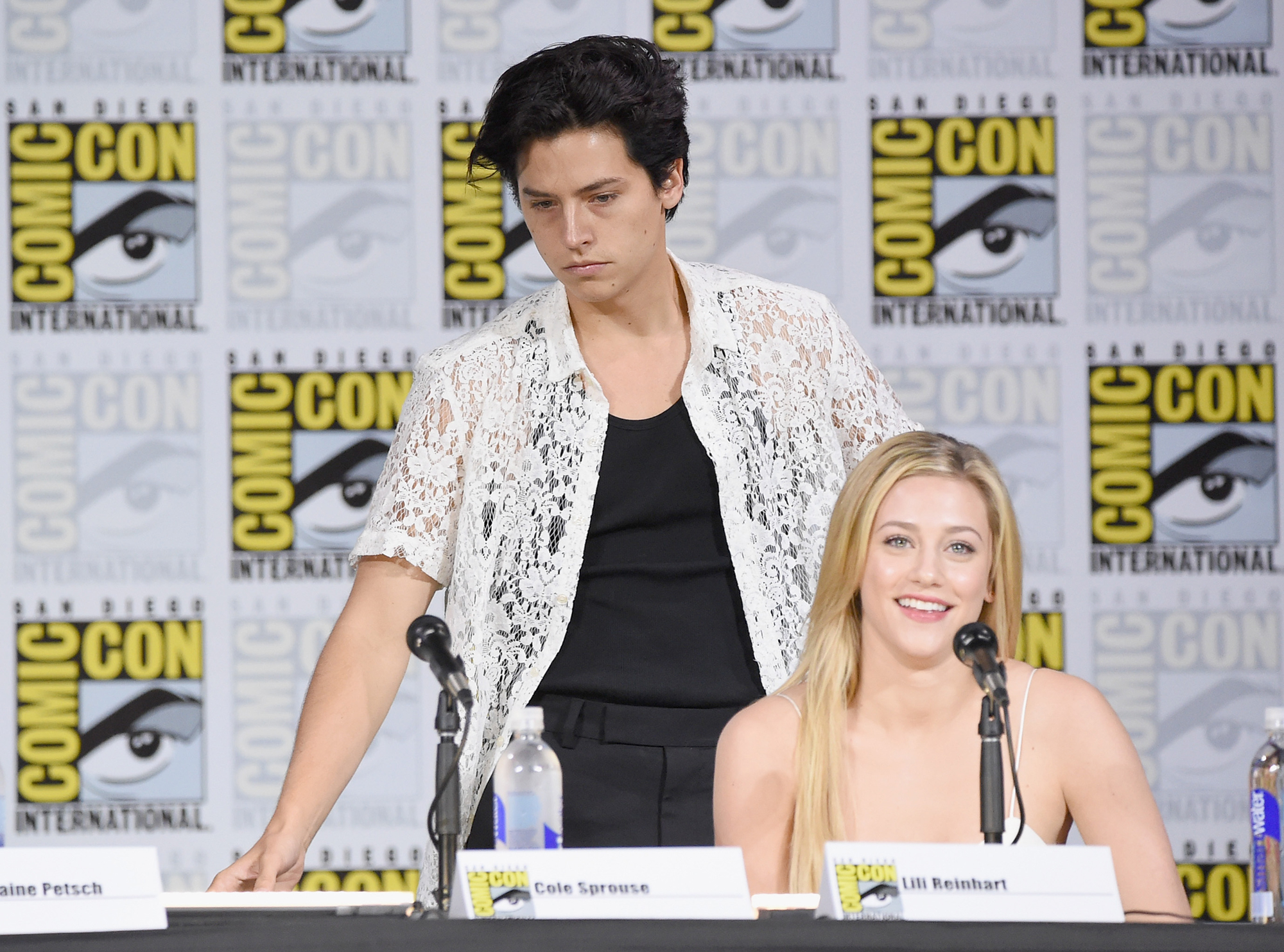 Reinhart and Sprouse sparked offscreen romance rumors in July 2017 after she was spotted wearing his jacket at Entertainment Weekly’s Comic-Con party. The twosome were also seen kissing and holding hands during the trip to San Diego for the convention.

That same month, an eyewitness told Us that the pair were openly affectionate with each other while filming in Vancouver. “Cole and Lili were holding hands and looked really coupley,” the eyewitness said. “Also, the way he grabbed her waist to bring her in for a photo seemed more than friendly.” 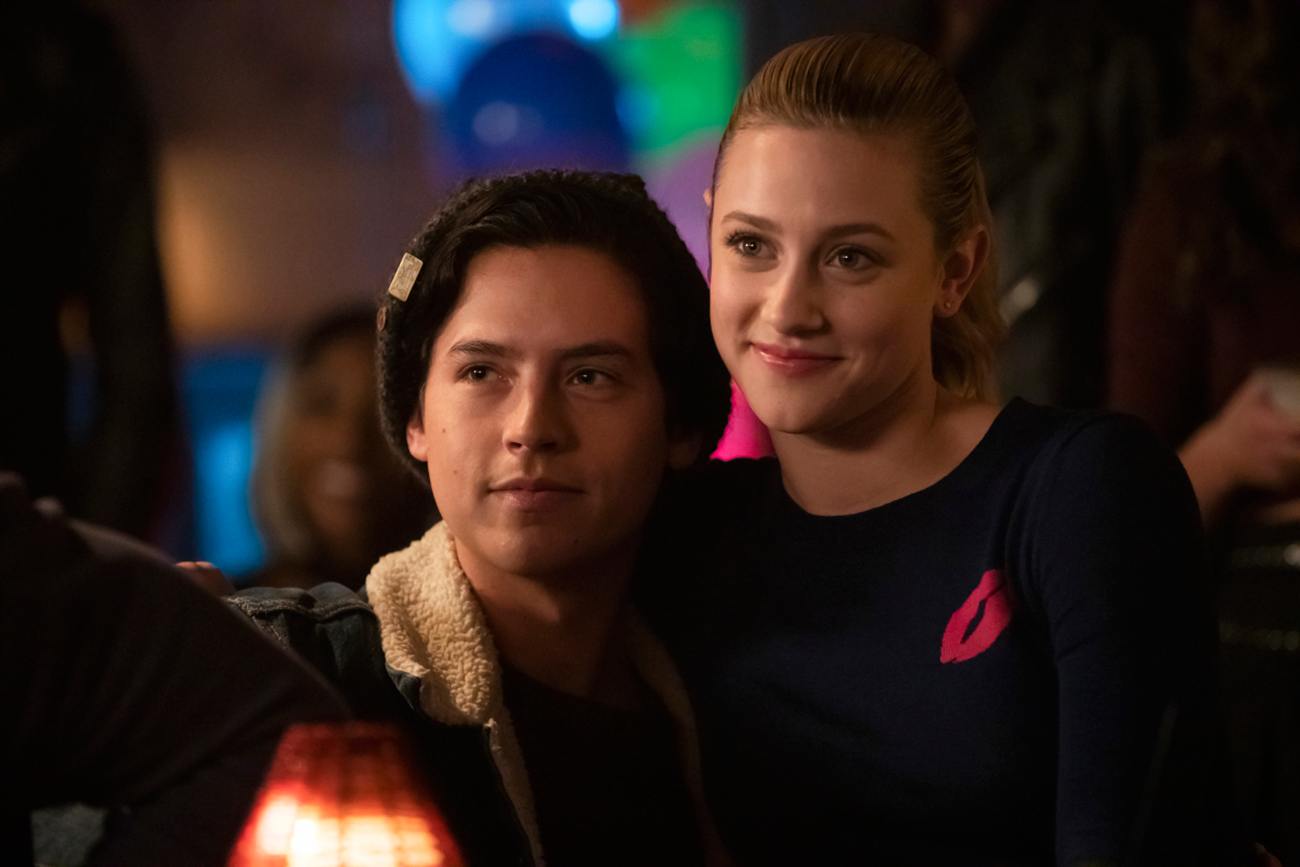 The Good Neighbor actress fueled relationship reports in August 2017 after she sent a heartfelt message to the Disney alum on his 25th birthday. “To the man who has showed me more beautiful places in this past year than I have ever seen in my whole life,” Reinhart wrote on Instagram at the time. “Happy birthday, Cole. Thank you for all of the adventures and here’s to many more 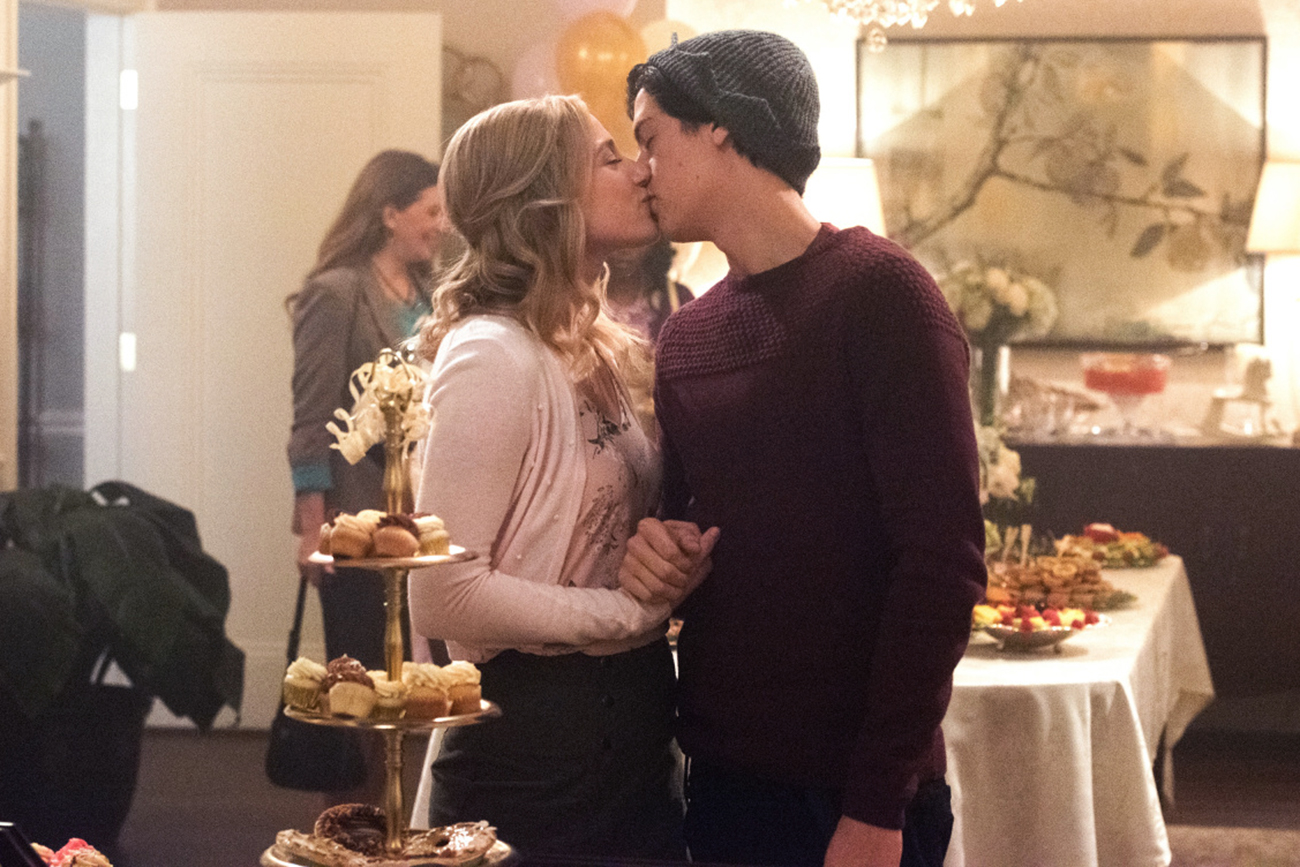 Sprouse joked in October 2017 that he made producers add kissing scenes with Reinhart to his contract. “A little bit more of that, which is going to be good,” he quipped on Live With Kelly and Ryan. “They’re contractually obliged to give me as many kiss scenes as possible this season. I wrote it into my contract.” 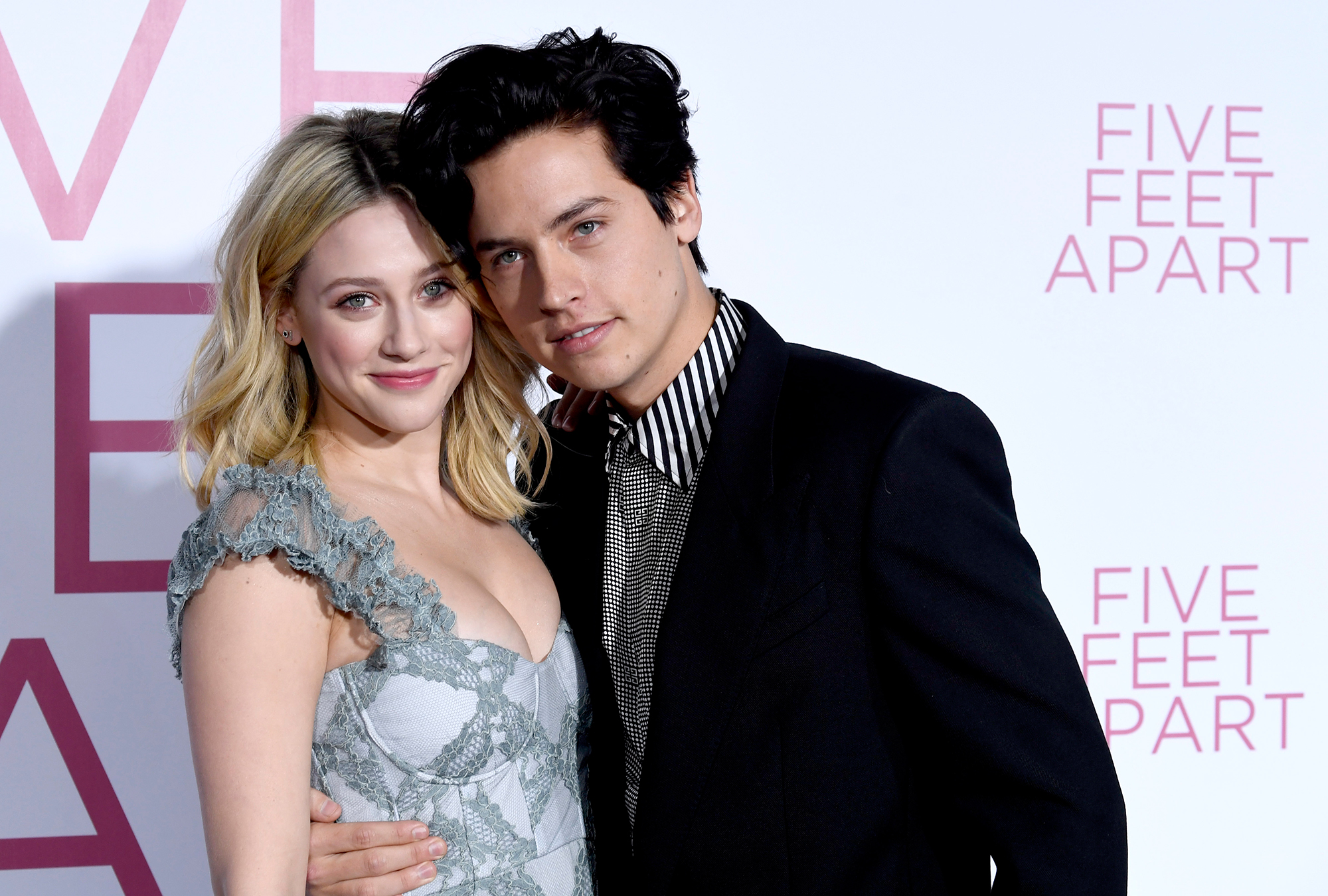 The duo were seen getting cozy on the beach in Hawaii in January 2018. 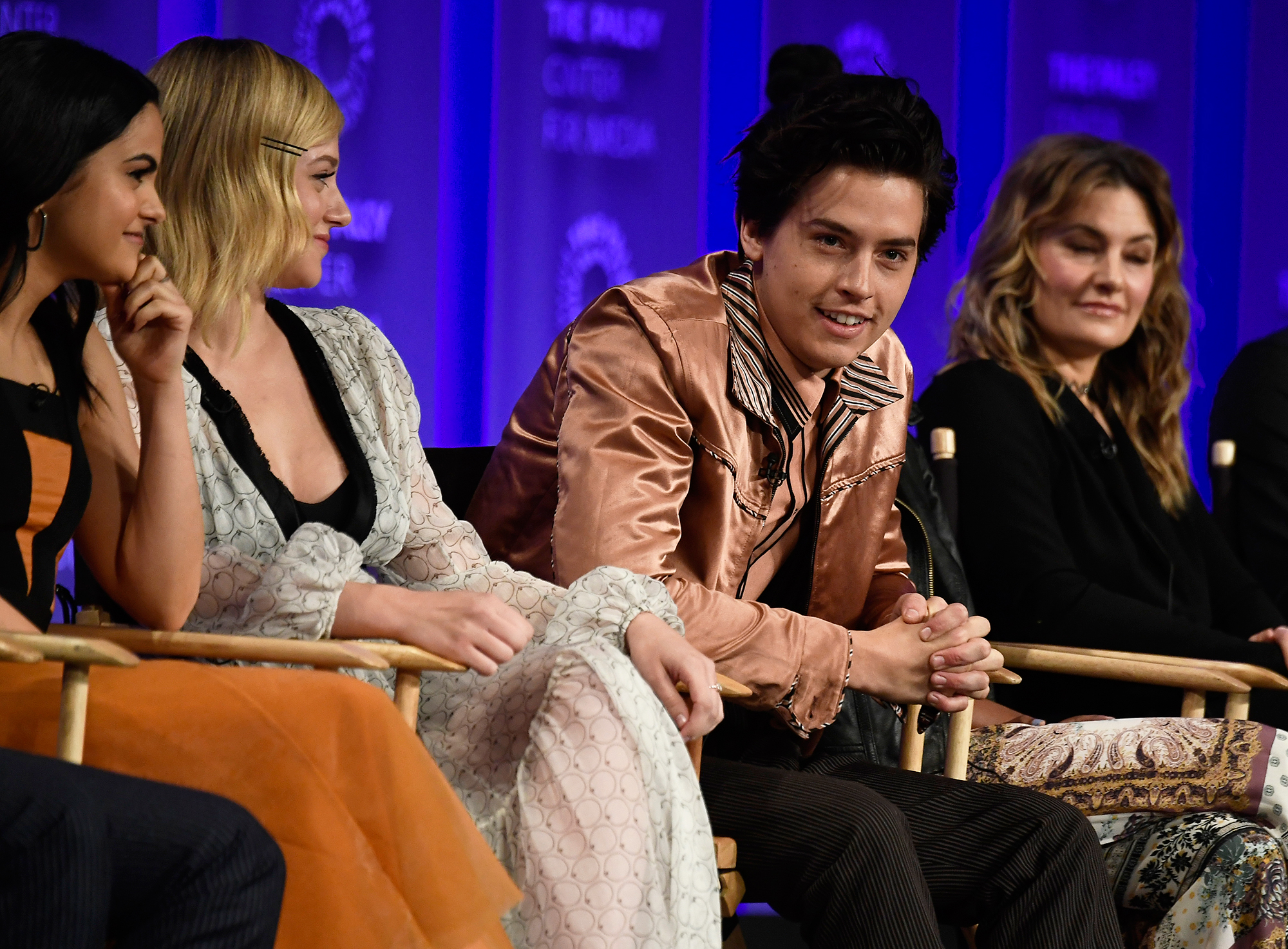 Sprouse and Reinhart publicly addressed their relationship for the first time in March 2018 after a fan asked, “Are you dating,” during a Q&A at PaleyFest L.A. While the actor gave a big grin and replied, “No comment,” Reinhart remained silent.