Question: What’s more fun than a BTS concert? Answer: A BTS concert on a giant moon bounce stage with GoPro cameras. Obviously. What did you think I was going to say? On Tuesday, June 4, your favorite idols dropped a super fun video as a gift to all ARMYs who are following BTS FESTA and it’s worth a watch. BTS’s "Anpanman" FESTA music video is different than other produced music videos you might be accustomed to when it comes to this group, but the pay off is just as much fun. Not for nothing, RM wears sunglasses, which makes it that much better for me. (Hi. My name is Jamie. And, I am RM bias.)

If you’re late to the party, let me bring you up to speed. BTS FESTA is an annual celebration of BTS’ group anniversary. It includes two full weeks of specialized BTS content designed for their ARMYs, new and old. Between the weeks of June 3 and June 13, J-Hope, Jimin, Jin, Jungkook, RM, Suga, and V are releasing specialized content that includes things like behind-the-scenes videos, family portrait photos, new music, choreography breakdowns, and more. One Twitter user dove into the FESTA calendar and broke down what fans can expect during this magical time:

This, ladies and gentleman, is the "Anpanman" video.

In a nutshell, the music video is entirely made-up of GroPro selfie stick footage filmed by the boys in real time on stage. What makes it so fun to watch is the full-on moon bounce kingdom they got to interact with. It’s complete with a slide, human-sized cut outs, bouncing poofs (that’s the official title, I believe) and inflatable steps.

Truly, part of what makes a musical group so fascinating to watch is seeing the various relationship dynamics play out on stage.

Like, why is it so awesome to watch V and J-Hope go down this slide together? I don’t know and I don’t care. 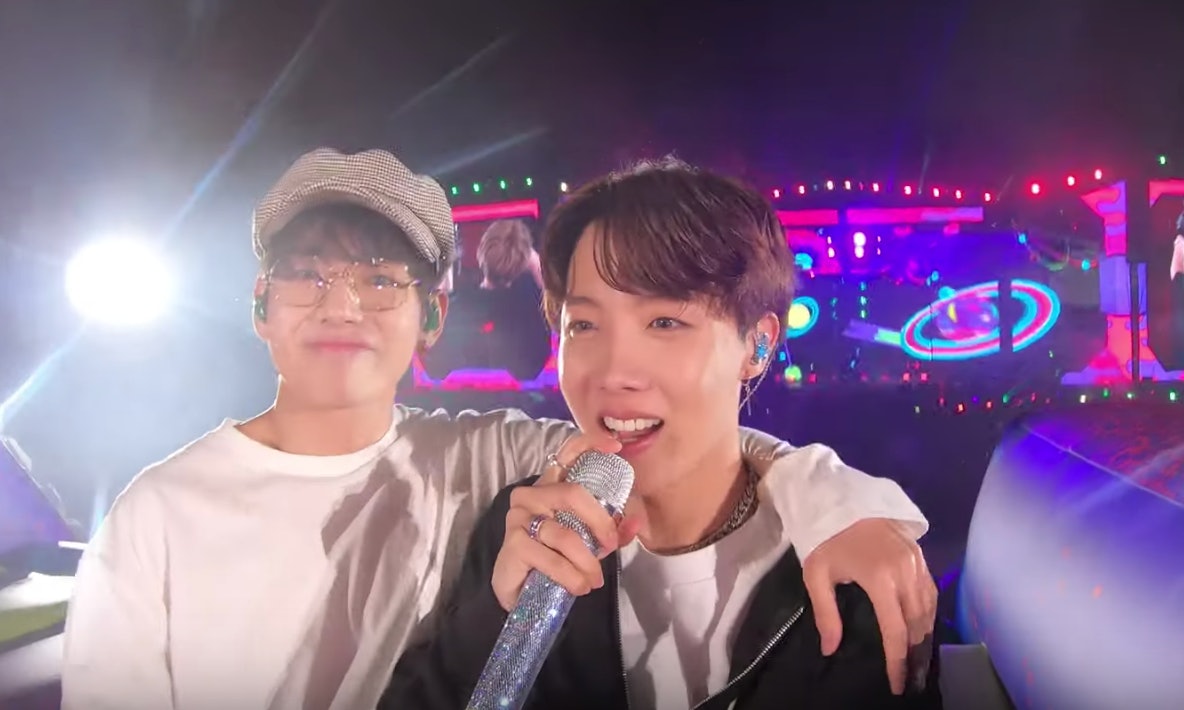 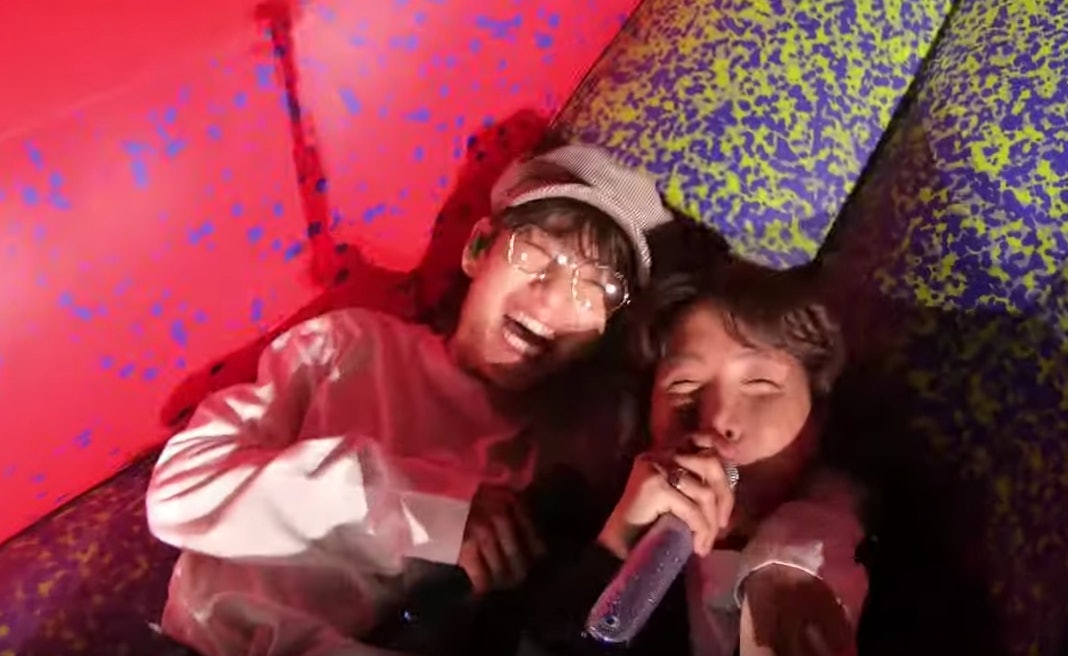 This particular performance took place in New York City while the boys were touring the United States. While BTS is mega-famous in Asia, it’s only been recent that they’ve broken into U.S. mainstream music. During their last states-based concert at the Metlife Stadium on Sunday, May 19, RM spoke about what "The American Dream" means to him and his bandmates.

"… It was always considered, like, something that we could never dream of. It was impossible, but, the ARMY — they give it to us when they get together," he said, adding:

Music transcends language and gravity, know what I’m sayin’? That was a moon bounce joke.

I’ll see myself out.