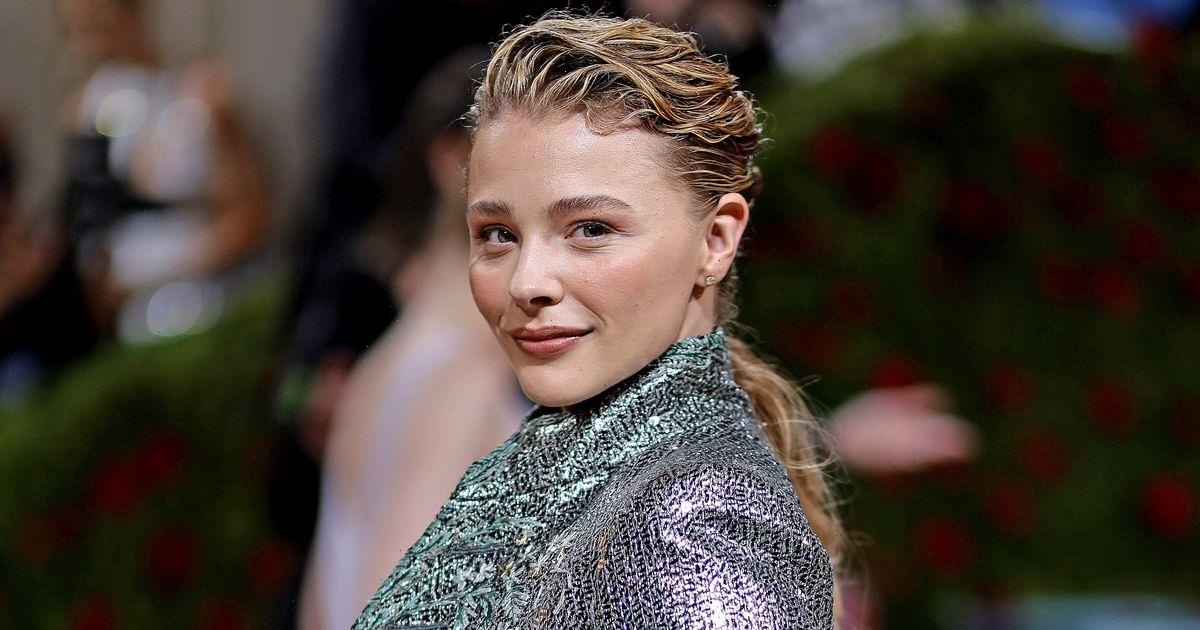 Chloë Moretz has been photographed attending the star-studded red carpet of the 2022 Met Gala, where her ex boyfriend Brooklyn Beckham was with new wife Nicola Peltz.

The son of former professional footballer Brooklyn, 23, tied the knot with his actor other half Nicola, 27, in an incredible £3million ceremony at one of her parents' Miami homes in April 2022.

Since then, the couple have been showing off their love, and stunning rings, in multiple outings, and most recently graced the red carpet at the Metropolitan Museum of Art on 2 May evening.

Nicola looked incredible in a bold off-the-shoulder fuchsia pink gown which came with a daring plunging scooped neckline and dramatic cape-style sleeves. The gown was made by the same designer who created her magical fairy-tale wedding gown, Valentino.

The actress chose to re-wear her statement pointed wedding shoes in the bright pink shade to create a cohesive head-to-toe look.

In order to perfectly coordinate but not overshadow his blushing bride, Brooklyn opted for a dapper light pink suit which was also from the designer.

Brooklyn, who was recently seen holding Nicola's hand after calling her his "world", made sure to add his sense of style to the ensemble as he chose to pair the tailored look with a mesh shirt.

While Nicola and Brooklyn stole the show with their elegant ensembles, the photographer's ex Chloë, 25, looked equally glammed up for the fashion night of the year.

The Carrie star walked the red carpet in some pink trousers, which she paired with a ruffled crop top – both by Louis Vuitton.

She teamed the outfit with a stunning metallic silver coat that had long tails and sleeves and millitary-style curved lapels.

Wearing a pair of Louis Vuitton metallic heels, Chloë styled her blonde mane into an almost faux pixie cut as she had a well-concealed ponytail.

Brooklyn and Chloë were first linked together back in 2014 after they were pictured skateboarding together in Santa Monica, California.

They cleverly dodged questions about each other while dating on and off for several years until 2016, when Chloë said on Watch What Happens Live: "We're in a relationship, it's fine, it's no biggie.

"The more I don't make it serious the more people don't care so yes we're in a relationship."

The couple appeared to go their separate ways in 2018 and Brooklyn met his now-wife just a year later before tying the knot in 2022.

For all your updates on Brooklyn Beckham, his wife Nicola Peltz, and Chloë Moretz, sign up to our daily OK! newsletter.