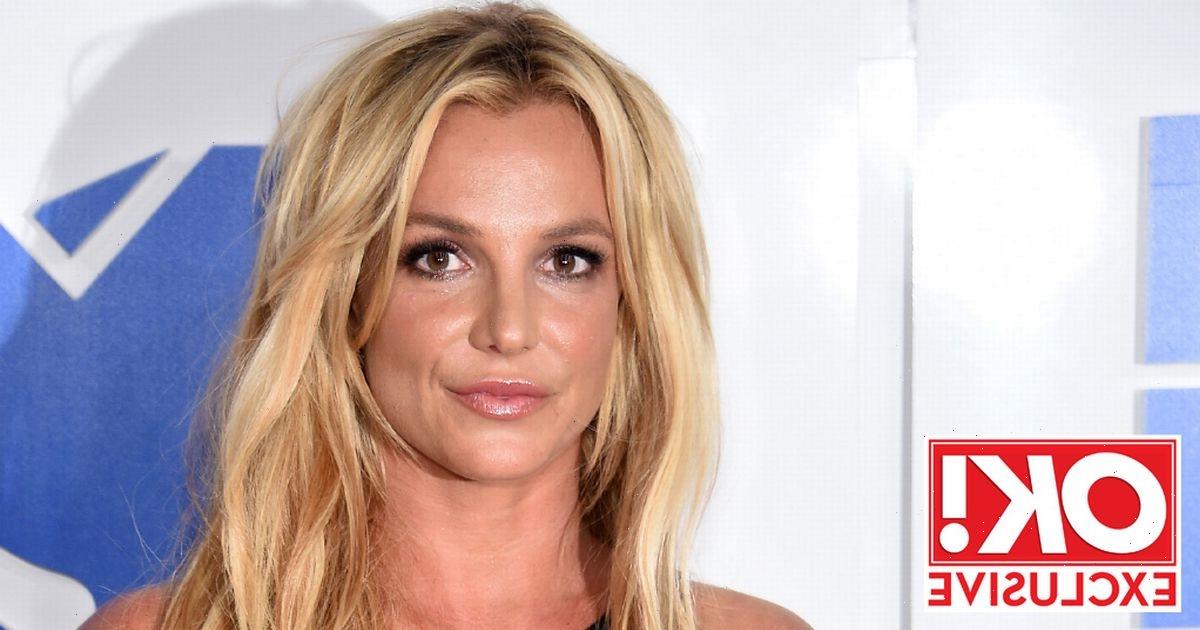 Britney Spears is lining up a Meghan and Harry-style interview with Oprah Winfrey so she can finally tell the world “her truth” about her family dramas, OK! can reveal.

Sources claim the 40-year-old superstar has “reached boiling point” following months of sniping from her family on social media, plus the recent interview in which her ex-husband Kevin Federline questioned her parenting.

“Britney wants the world to know her truth,” a source said. “She is livid with her father and ready to fire back at Kevin. The pressure cooker of the past few months since the conservatorship ending has fired her up.

“Working on her memoir has also triggered a desire to be more forthright. Oprah has secretly reached out to Britney through her lawyer, Matthew Rosengart, with an open offer.”

In an interview with journalist Daphne Barak, Kevin, who Britney was married to from 2004 to 2007, claimed that the couple’s children Sean, 16, and Jayden, 15, haven’t seen their mother in “months” and decided not to go to her wedding to Sam Asghari earlier this summer.

However, even before Kevin’s chat had aired, our sources revealed that Britney’s legal team had been in secret talks with US chat queen Oprah about an interview or TV special after the 13-year conservatorship – the legal arrangement under which her dad Jamie and others controlled her life and finances – ended.

“Britney was encouraged by the way Oprah allowed Meghan Markle to have a platform to speak her truth about her family issues and those with the British royalty,” our source said. But they added that there are “concerns from those around Britney about doing a live one-to-one”.

Over the weekend, 44-year-old singer and dancer Kevin – known as K-Fed – delivered a series of shock revelations about his ex-wife and her relationship with their sons, which aired on ITV News last week.

Addressing Britney’s recent Instagram posts, including various naked selfies, he said, “I try to explain to them, ‘Look, maybe that’s just another way she tries to express herself.’ I can’t imagine how it feels to be a teen having to go to high school. Who knows how many people ask them about it or talk to them about it?”

Referring to the days the boys spent at Britney’s house, he said, “There’s a lot of things that were going on that they just didn’t feel comfortable with. They made sure that I knew what was going on and at that point that was… it was… well, they started sending me videos and certain things that they were like, ‘Look, I’m telling you that this is happening.’

“This whole thing has been hard to watch, harder to live through, harder to watch my boys go through than anything else. It’s been tough. It’s the most challenging thing I’ve ever had to do in my life.”

Kevin, who is now married to volleyball player Victoria Prince, 39, also said he believes the controversial conservatorship “100% saved her back then”. Shortly after the interview aired, Daphne appeared on Lorraine, where she claimed that Kevin’s interview won’t be aired in full because it has been deemed “too hurtful”.

She said, “I and our team spent a lot of time with his family – he is not the only interviewee. It’s not Kevin’s version and actually we’re not going to reveal many things because we feel it will be too hurtful. I don’t think anybody meant to hurt these boys purposely and I’m sure Britney loves them and they come in to talk about her with a lot of love and they do love her, but basically nobody has thought about them.

“It’s this story about the father and the boys, and how he managed to successfully bring them up against the odds with

all this drama going on, and still ongoing as you see with Instagram. So basically, it’s not Kevin vs Britney, it was not about her. It was about his fatherhood and the whole family wanted it.”

But Britney, who married model Sam, 28, in June, is now said to be ready to hit back at these claims.

“Britney was really moved by the Harry and Meghan interview with Oprah last year, impressed at how the family controversies were dealt with head-on,” the source told new. “It has been over a decade since Britney did a full-scale live interview without scripting. There will have to be lots of preparation for her, as well as parameters concerning her ongoing legal fight with her dad. Matthew holds the key to that. His priority is to protect her.

“Britney has spent a decade dealing with Kevin behind closed doors, so when he spoke in that interview she was deeply shocked. She wants her say.”

The pop star took to Instagram to respond to her ex-husband’s claims last week, writing “it saddens me” that he decided to “discuss the relationship between me and my children”. “As we all know, raising teenage sons is never easy for anyone,” Britney added. “I gave them everything. Only one word – hurtful.”

Another source told OK! , “She just thinks it’s a real kick in the teeth to have finally been let out of this conservatorship but to still have people speaking about her private life and kids.”

Talking about the “tell-all” memoir Britney revealed will be published at the end of this year, the source continued, “Her book will be explosive. She is going to completely let rip and get revenge on everybody that has wronged her. She needs to for her mental health. She needs to tell the truth about everything.”

And with Britney planning her musical comeback, our source added that she’s “so excited to be working again and for it to be on her terms”.

They said, “She wanted to do something really special and the recent announcement of a collaboration with Elton John is just incredible. It’s going to give her self-belief and the confidence to do more.

“She sees Kevin’s interviews as him trying to kick her down again the moment she has some good news. She feels very betrayed.”