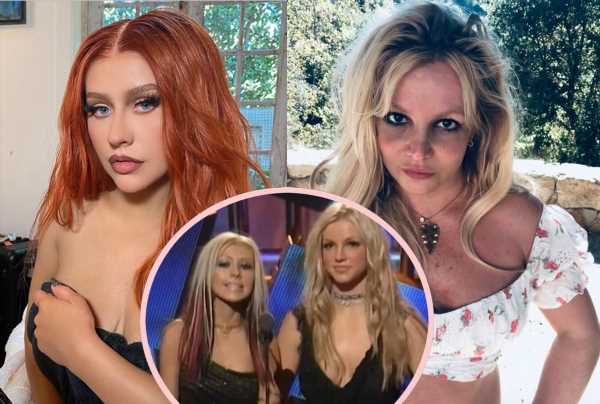 The Toxic singer came out swinging with an Instagram Stories post on Friday afternoon — reigniting the feud with her old friend (and longtime, supposed rival) Christina Aguilera!

It all started when Xtina was asked about Britney getting out from under her conservatorship on the red carpet at the Latin Grammys Thursday night. She shot her publicist a look, and he immediately sprang into action, jumping in to say:

After which the Dirrrty singer pulled an exaggerated frown and said:

As she walked away.

See the whole moment at about the :44 mark (below):

Clearly Britney saw the vid and gave the well wishing about as much weight as most would. She posted it on her IG Stories with the caption:

“I love and adore everyone who supported me… but refusing to speak when you know the truth, is equivalent to a lie!!!!”

Whoa! She continued by implying her fellow Disney kid and pop star knew what she was going through and was choosing to stay silent:

“13 years being in a corrupt abusive system yet why is it such a hard topic for people to talk about??? I’m the one who went through it!!!! All the supporters who spoke up and supported me, thank you… yes I do matter!!!!!” 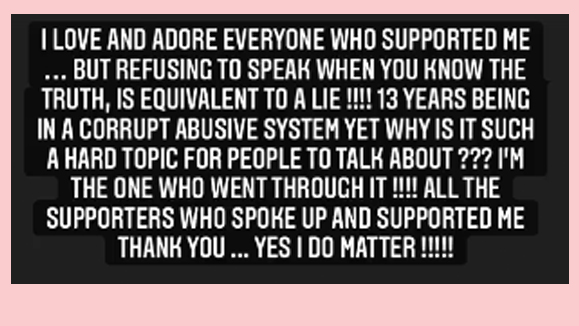 She followed that post up a half hour later by contrasting it with a video of Lady GaGa on the carpet at the House of Gucci premiere earlier in the week, writing:

“Thank you, Lady GaGa, for genuinely taking your time to say something so kind. You made me cry!!! Love you!!”

You can almost hear the unspoken “unlike some people” in there. Here’s the GaGa clip btw:

The thing is, Christina has actually shared some kind words about Britney’s situation very recently. Back in June, she tweeted:

“These past few days I’ve been thinking about Britney and everything she is going through. It is unacceptable that any woman, or human, wanting to be in control of their own destiny might not be allowed to live life as they wish. To be silenced, ignored, bullied or denied support by those ‘close’ to you is the most depleting, devastating and demeaning thing imaginable. The harmful mental and emotional damage this can take on a human spirit is nothing to be taken lightly. Every woman must have the right to her own body, her own reproductive system, her own privacy, her own space, her own healing and her own happiness.”

“While I am not behind the closed doors of this very layered & personal yet public conversation – all I can do is share from my heart on what I’ve heard, read and seen in the media. The conviction and desperation of this plea for freedom leads me to believe that this person I once knew has been living without compassion or decency from those in control.”

And directly to Brit, she wrote:

“To a woman who has worked under conditions and pressure unimaginable to most, I promise you she deserves all of the freedom possible to live her happiest life. My heart goes out to Britney. She deserves all the TRUE love and support in the world.”

We guess that wasn’t enough? Or maybe Britney didn’t see that? We have no idea, but you can’t blame a girl for feeling like that first interview was a little brusque, right?