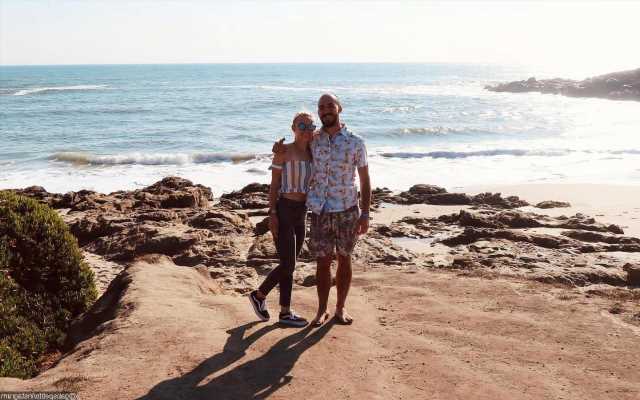 AceShowbiz –Brian Laundrie‘s family is seeking to dismiss a lawsuit from the family of Gabby Petito. According to a new report, the Laundries asked the court to drop the lawsuit on Wednesday, March 30.

The family’s attorney Steven Bertolino reportedly submitted a motion to dismiss the civil suit, weeks after Gabby’s parents and stepparents filed the complaint. In the complaint, plaintiffs, Joseph Petito and Nichole Schmidt, accused Roberta and Christopher Laundrie of knowing that their son had killed Gabby during their cross-country road trip and helping him hide from authorities during the investigation.

“The gravamen of the claimed wrongdoing is that the Laundries exercised their constitutional rights and essentially made no statements to Plaintiffs or law enforcement,” the motion read.

The motion went on to note, “While the [Petito-Schmidt families] allege some facts, those facts could never establish a claim for intentional infliction of emotional distress because the Laundries’ ‘actions’ were legally permissible, constitutionally protected, not outrageous, and do not give rise to any cause of action.”

Gabby’s family filed the lawsuit on March 10, claiming that the Laundries helped their son Brian cover up the murder of Gabby. The Petito family additionally alleged in the suit that the Laundries hid Brian’s location after he went missing in September.

“While Joseph Petito and Nichole Schmidt were desperately searching for information concerning their daughter, Christopher Laundrie and Roberta Laundrie were keeping the whereabouts of Brian Laundrie secret,” the lawsuit stated. Gabby’s family also believed that they were “making arrangements for him to leave the country.”

“On or about August 28, 2021, Brian Laundrie advised his parents, Christopher Laundrie and Roberta Laundrie, that he had murdered Gabrielle Petito,” it continued. Through the lawsuit, Joseph and Nichole are seeking “compensation for the damages they have suffered” as well as additional relief.

Back in September 2021, Gabby’s missing case caught national attention. She was reported missing during a cross-country road trip with fiance Brian before her remains were discovered at the Spread Creek Dispersed Camping area in Wyoming.

Brian, meanwhile, returned home solo from the trip. He was later found dead of a self-inflicted gunshot wound in the Myakkahatchee Creek Environmental Park after going missing for a few weeks. Discovered near his body were his belongings, including a notebook. FBI revealed that Brian admitted in his notebook that he was responsible for Gabby’s death.