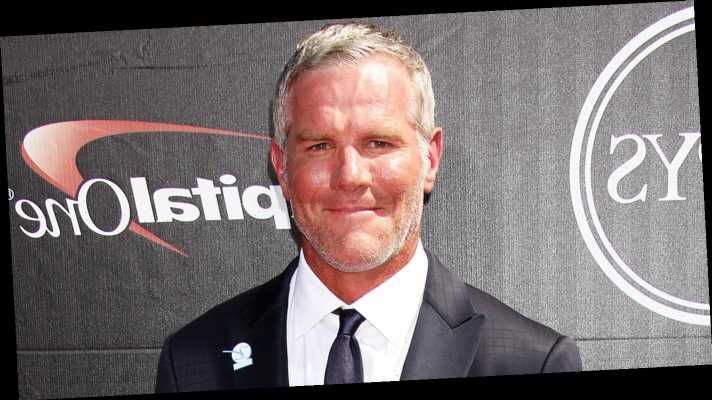 Brett Favre detailed his past struggle with drug and alcohol abuse, revealing it all started when he took pain pills in 1994 for an ankle sprain.

The former Green Bay Packers quarterback, 51, opened up about his ups and downs during the Tuesday, March 23, episode of his “Bolling With Favre” podcast. He pointed to a 1994 game against the Philadelphia Eagles as the moment he “first realized I liked a pain pill.”

Celebrities Who Got Sober

His addiction began shortly thereafter when he got injured with a sprained ankle. “I don’t know if it was sprained enough to get pain pills. But I remembered the effect that it had and I liked it,” he recalled. “I thought, ‘What the heck? Why not?’”

Throughout that football season, Favre noted taking pain pills became “constant,” admitting the dosage increased as the months went on. The night before the next season began, the former NFL star had a seizure, which was later linked to his addiction.

“I’d never had a seizure before that. As they dug deeper, [the doctor] found out that I had an addiction to pain pills, but I didn’t tell him how much,” Favre said. “I said, ‘OK, I’ll stop taking them,’ but I continued to take them.”

The former athlete had a second seizure after undergoing ankle surgery the same season, which he admitted “scared” him. The health scare happened in the hospital where his wife, Deanna, and their eldest daughter, Brittany, were with him.

When he woke up, Favre said he had a “come to Jesus” moment and decided to go to rehab. He stayed for 75 days, although he thought he “had it all figured out” earlier on. The NFL required him to finish out the full stay in order to play again.

Unfortunately, the Hall of Fame player’s 1996 season was plagued with more addiction, with Favre saying he “continued to do what I was doing” after leaving rehab. While the season ended with a Super Bowl win, he was still hooked on painkillers.

After hitting a point where he was “as low as I could possibly be,” the Mississippi native had to decide whether to flush the remaining pills he had — which were “non-addictive pain pills” recommended by the league.

Favre flushed the last eight pills, which he said would have given him “zero buzz” because he had been taking 20 of the “non-addictive” subscription to still get a high throughout the season.

He went cold turkey with his detox the second time around, which worked but Favre said he would not recommend because “it could kill ya.”

Favre also had an issue with alcohol, but he didn’t see it as a problem right away.  He recalled thinking, “I didn’t drink every day, so I don’t have a problem.”

Celebrities Who Have Been to Rehab

The former MVP explained that the amount of alcohol he consumed was the biggest red flag.

“When I drank, did I drink one beer and go home? I thought, ‘What a waste. Why drink one beer? Why not drink 20?’ That’s a problem,” he said. “Then you’re driving, or you’re making some other idiot decision, taking other drugs, street drugs, which I did all that.”

He later admitted to having a problem, telling his wife that he would stop, but she wasn’t buying it. Favre decided to go to rehab, the same facility he’d been to for the drugs, to “please” his wife and “to show everyone that I was serious.”

Favre, who also shares daughter Breleigh with Deanna, retired from football in 2010. He has opened up about his substance abuse issues over the years, including his 1997 memoir, Favre: For the Record.

If you or someone you know is struggling with substance abuse, contact the Substance Abuse and Mental Health Services Administration (SAMHSA) National Helpline at 1-800-662-HELP (4357).