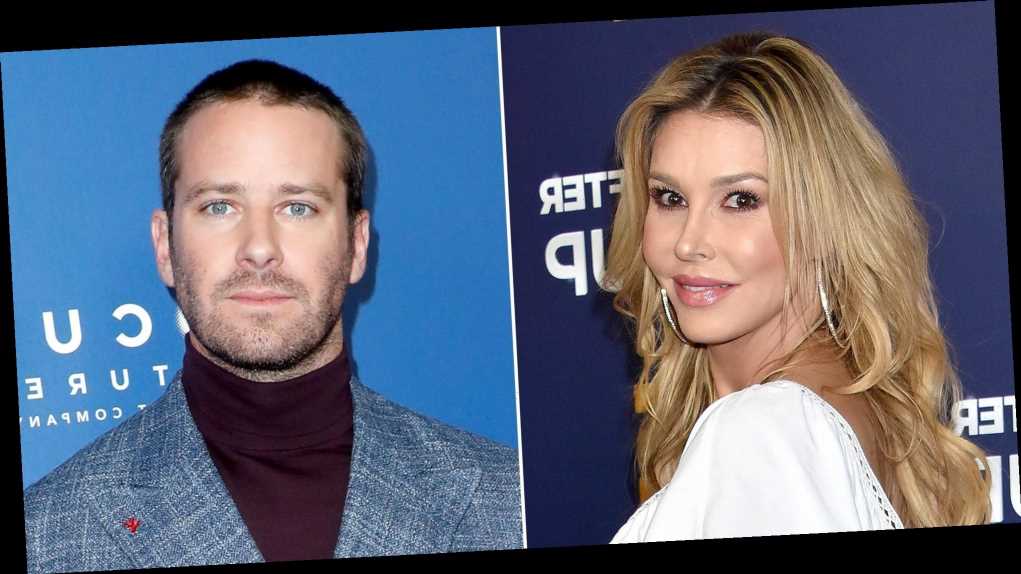 Brandi Glanville isn’t one to distance herself from the drama! The former Real Housewives of Beverly Hills star, 48, joined in the conversation about Armie Hammer on Monday, February 8, tweeting, “Dear @armiehammer You can have my rib cage. How do you just keep getting hotter and hotter #letsbbq.”

Armie Hammer’s Most Controversial Moments Over the Years

Following over 500 responses, she tweeted again. “I’m not sorry I don’t take it back it was a f–king joke clearly I need my rib cage but maybe he can have one my kidneys,” the “‎Brandi Glanville Unfiltered,” podcast host wrote. “Get some hobbies.”

The comments come amid the news that the Call Me by Your Name star, 34, was dropped by his agent and publicist following alleged text messages between him and several women. In the screenshots, which have not been verified, a man who claimed to be the actor spoke out about sexual fantasies, including rape and cannibalism.

Hammer’s lawyer vehemently denied the allegations, calling them “patently untrue.” The attorney told Us, “Any interactions with this person, or any partner of his, were completely consensual in that they were fully discussed, agreed upon, and mutually participatory. The stories being perpetuated in the media are a misguided attempt to present a one-sided narrative with the goal of tarnishing Mr. Hammer’s reputation, and communications from the individuals involved prove that.”

“For weeks, I’ve been trying to process everything that has transpired. I am shocked, heartbroken, and devastated. Heartbreak aside, I am listening, and will continue to listen and educate myself on these delicate matters. I didn’t realize how much I didn’t know,” the bakery owner, 38, wrote via Instagram. “I support any victim of assault or abuse and urge anyone who has experienced this pain to seek the help she or he needs to heal. At this time, I will not be commenting further on this matter. My sole focus and attention will continue to be on our children, on my work and on healing during this incredibly difficult time. Thank you for all of the love and support, and thank you in advance for your continued kindness, respect, and consideration for our children and me as we find ways to move forward.”

Chambers announced her split from the Golden Globe nominee in July 2020 after 10 years of marriage. They share daughter Harper, 6, and son Ford, 4.