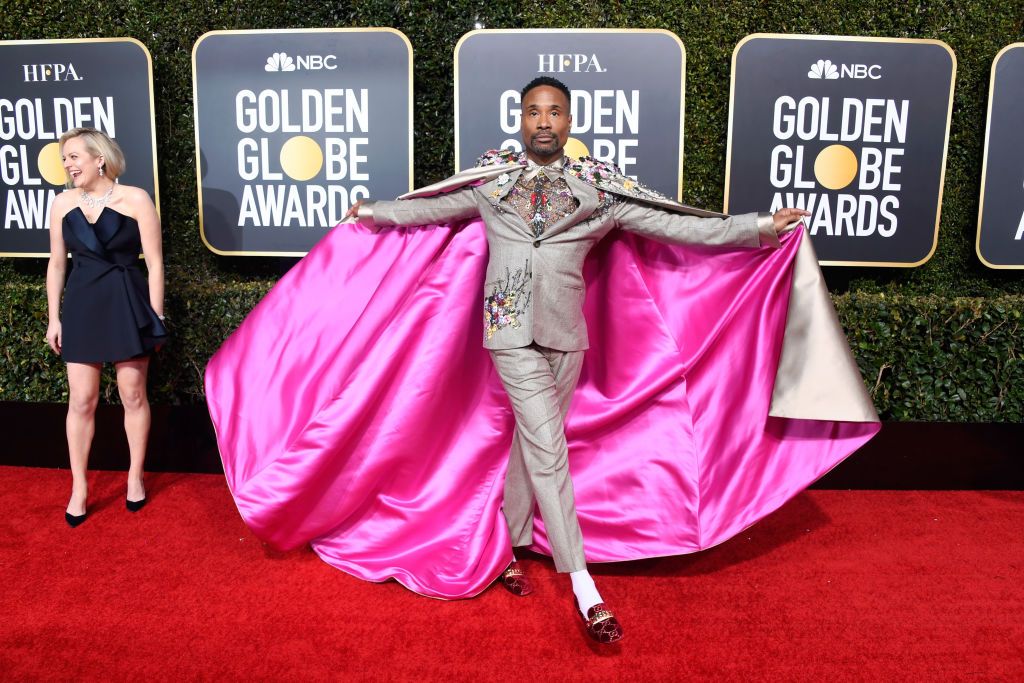 Sure, stars brought drama and glamour to the Golden Globes red carpet last night, but no one slayed more than Billy Porter. The Best Actor nominee—who stars as Pray Tell in FX’s Pose, a show set in the ’80s drag ball scene—lit up the red carpet in an embroidered suit and a matching cape with hot pink lining.

Porter worked the look in front of the cameras, twirling in his cape and working every angle possible. 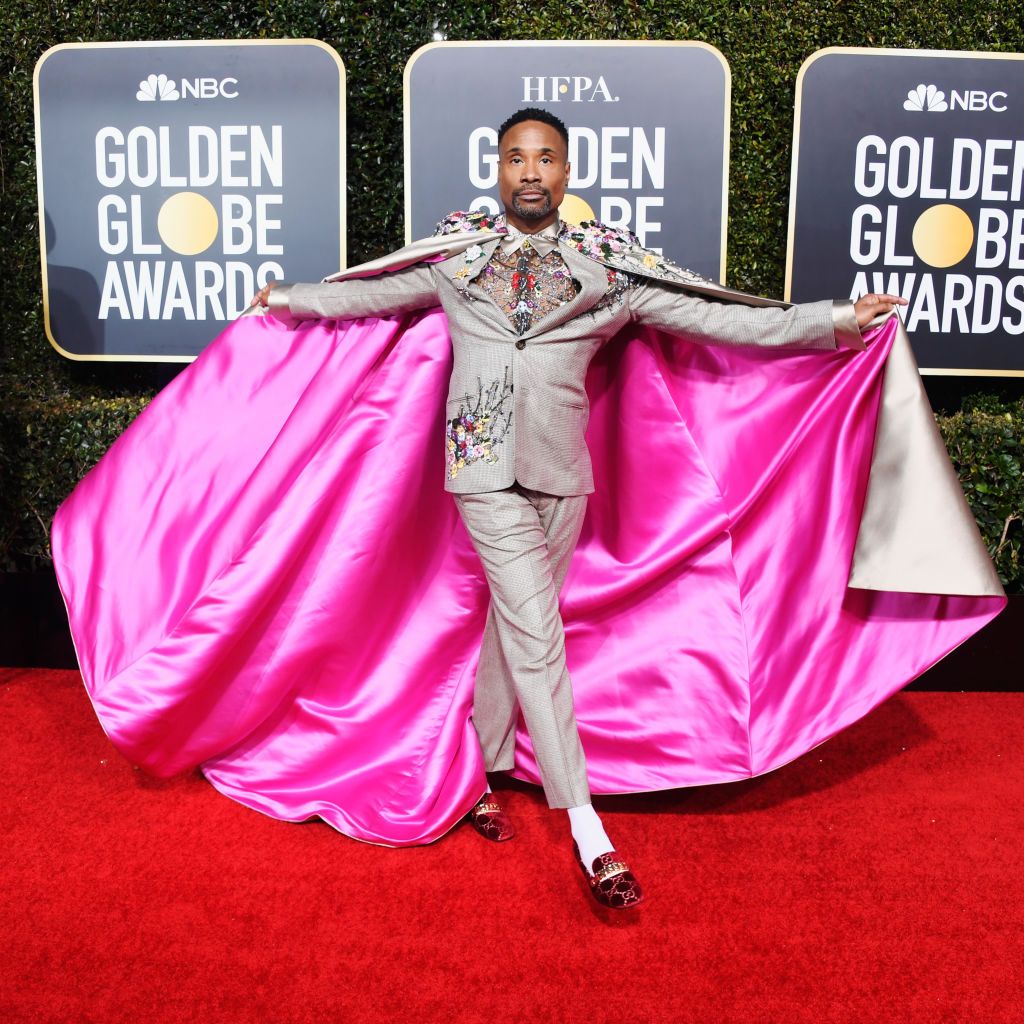 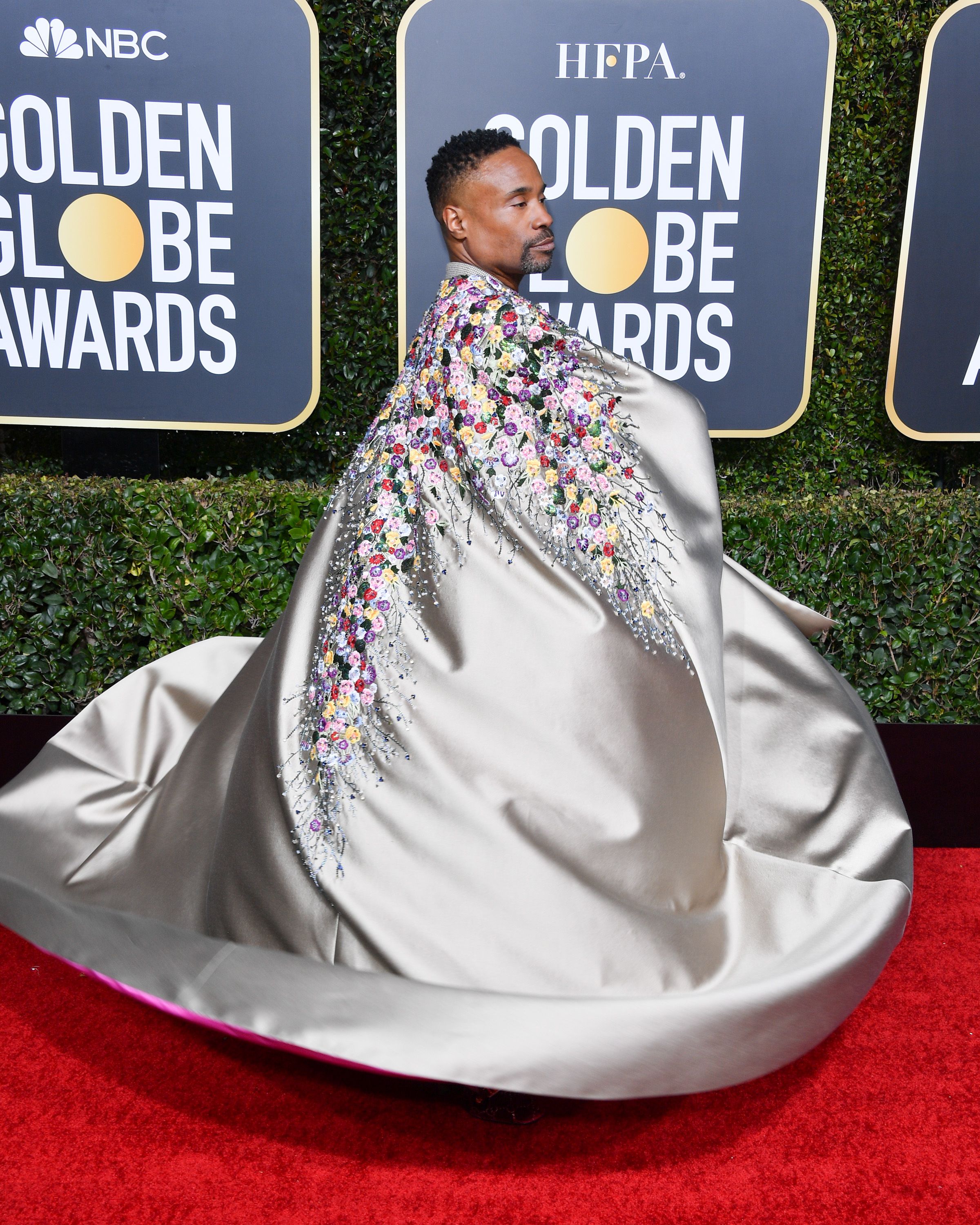 How could one even stand beside him on the carpet? Elizabeth Moss had to stop posing and look on in awe for a second. 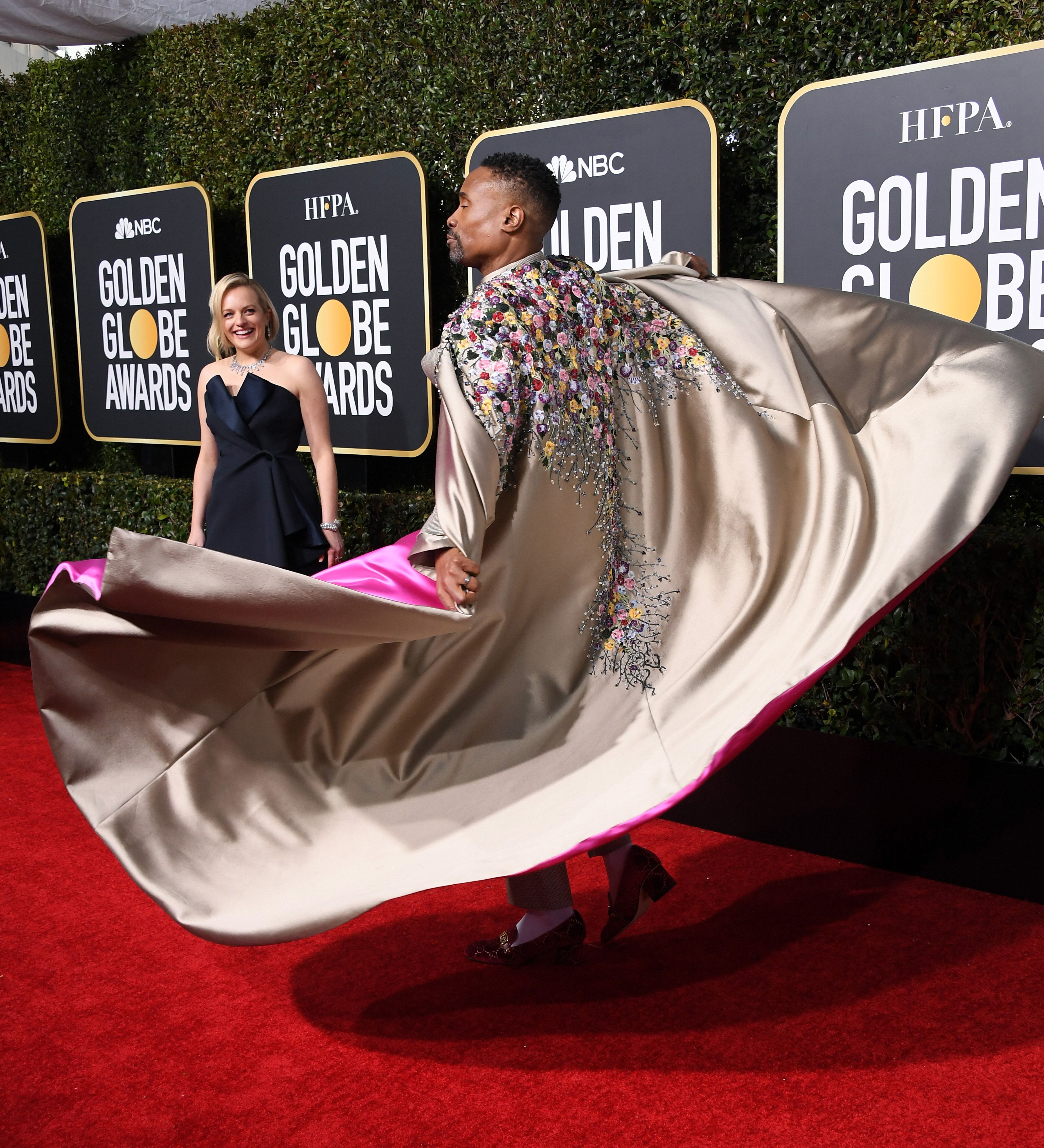 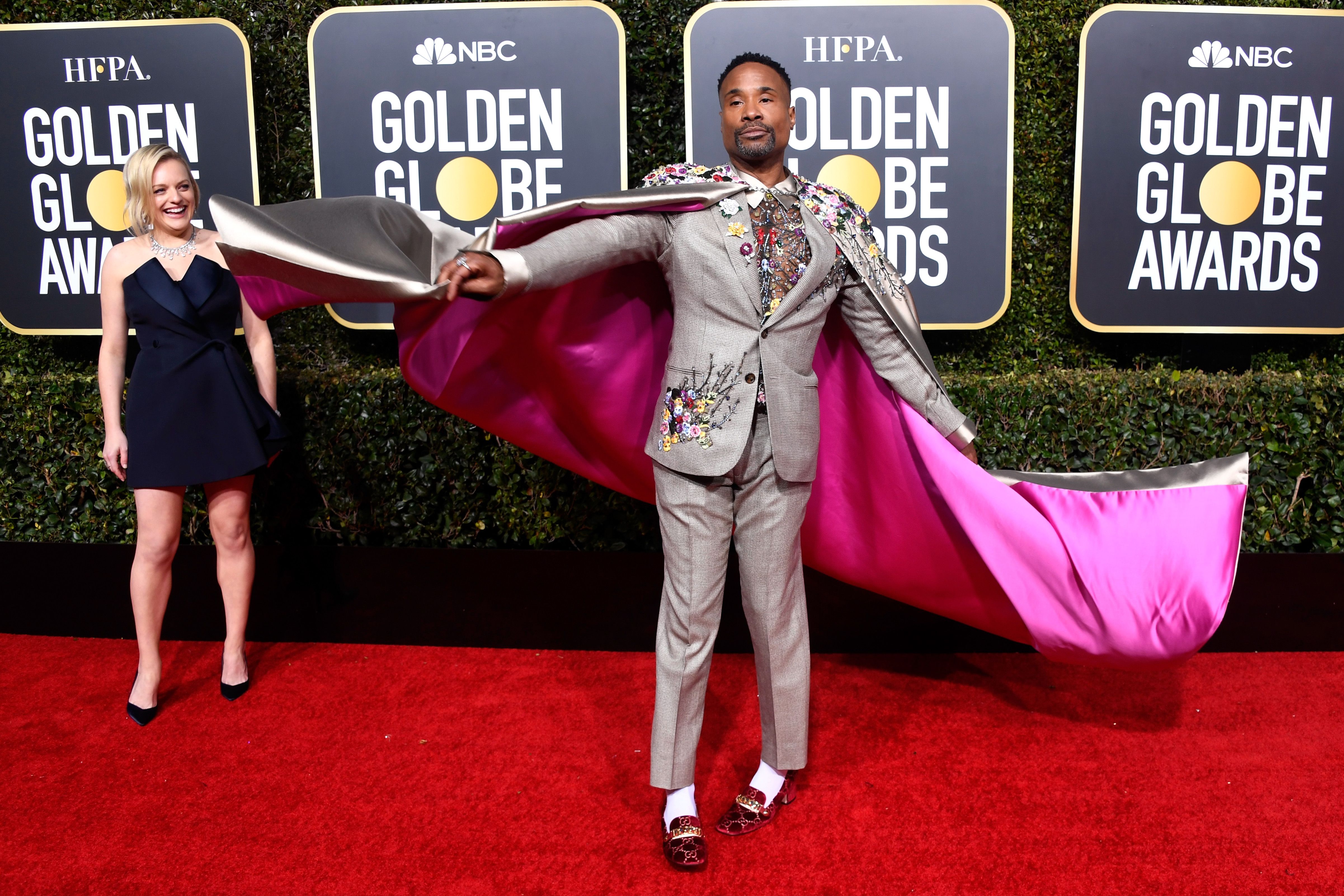 But Porter didn’t need to flip and twirl his cape to snatch wigs. He was a vision even standing still with the cape hanging straight down to the floor. 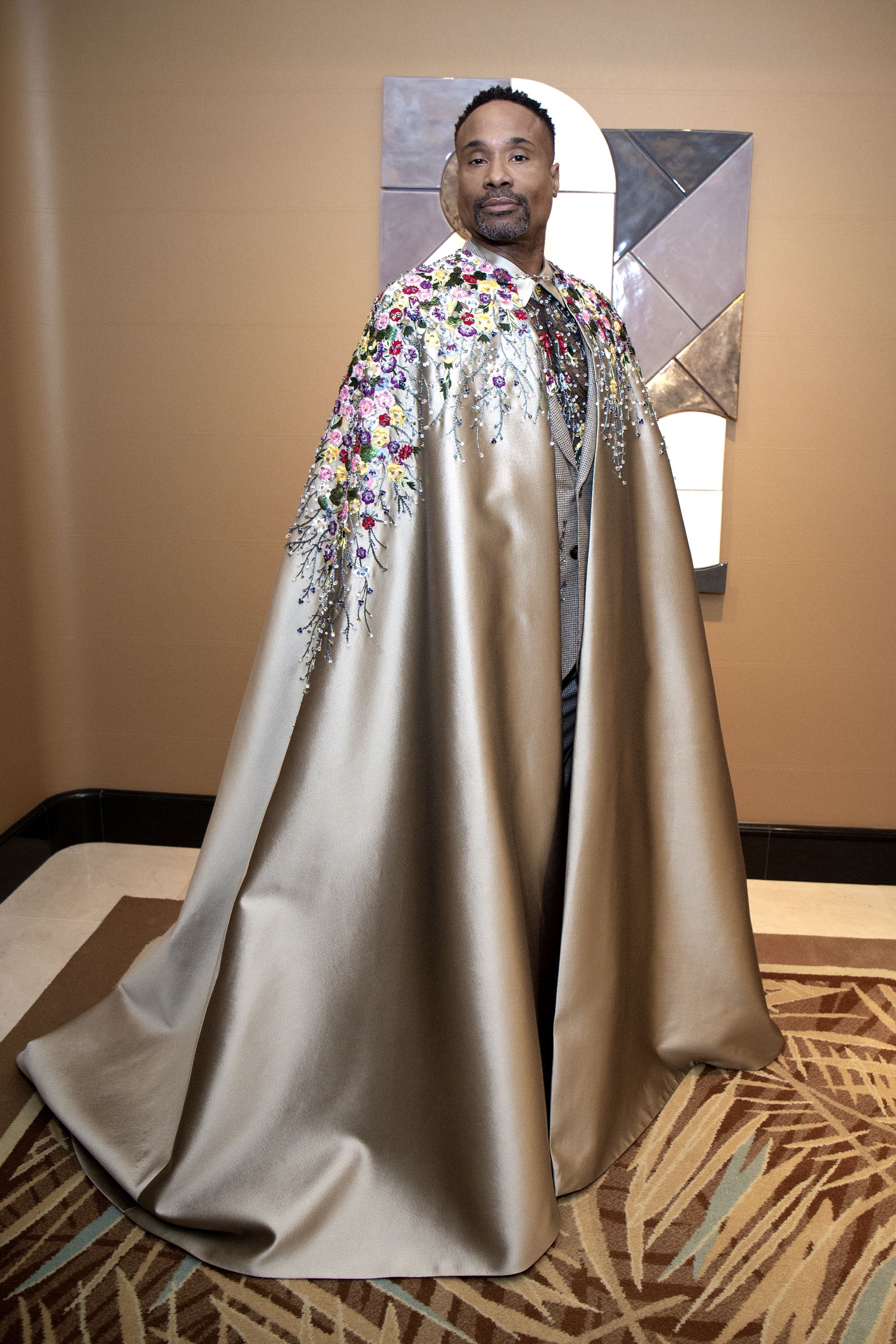 His husband, Adam Smith, wore a classic black suit, but he wore a punch of color with a pink bowtie that matched the inside of Porter’s cape. 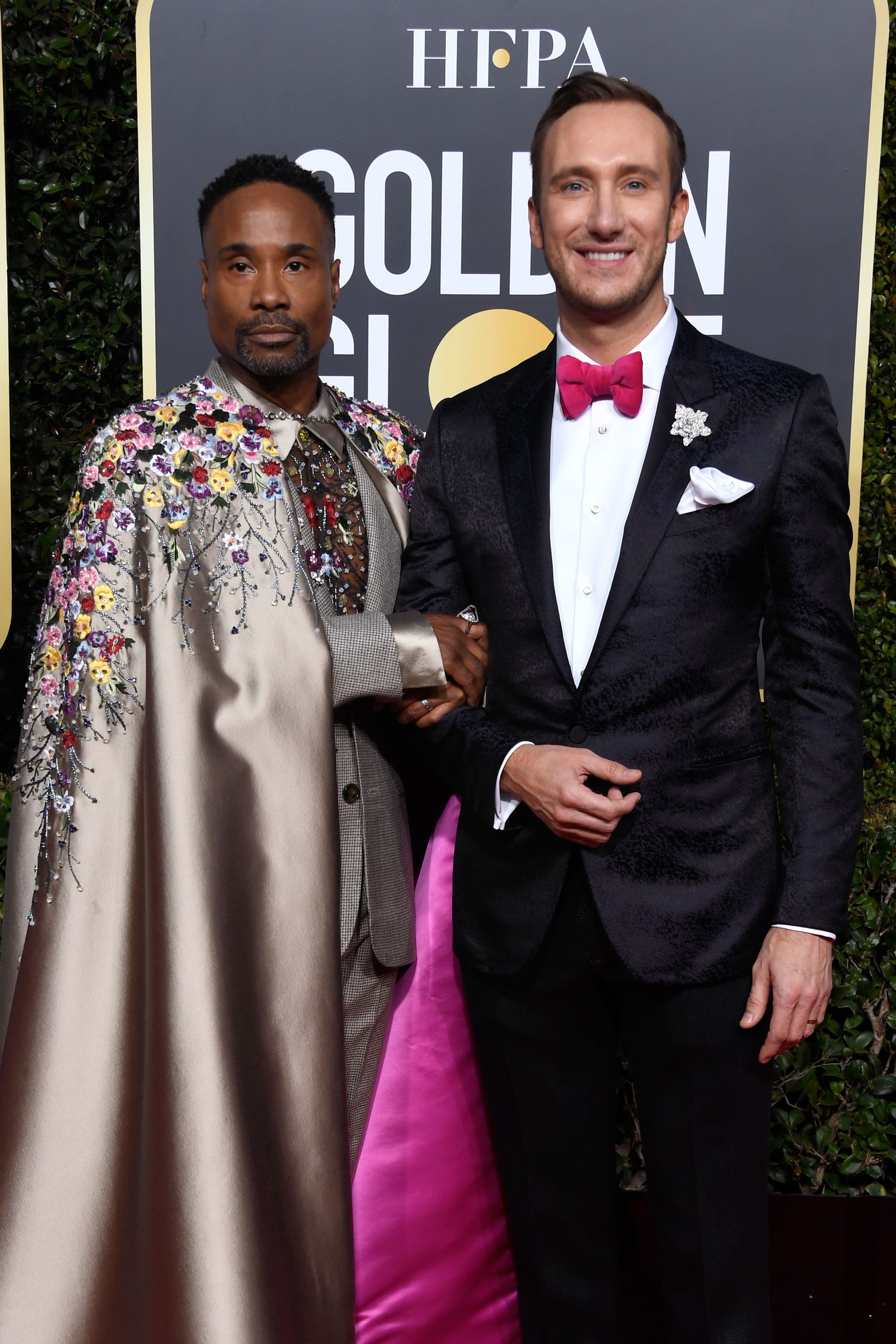 The ensemble was made by New York-based designer Randi Rahm, who specializes in bridal and eveningwear, according to The Hollywood Reporter. In addition to the hand-embroidered jacket and cape, the outfit also included an embellished sheer tulle shirt with a metallic silk collar. All together, the look took six months to make, THR reports.

The design was “made from Billy’s specific body measurements and sculpted multiple times in our atelier to ensure the perfect fit and drape of all pieces before any couture fabrics are touched,” Rahm told the outlet. 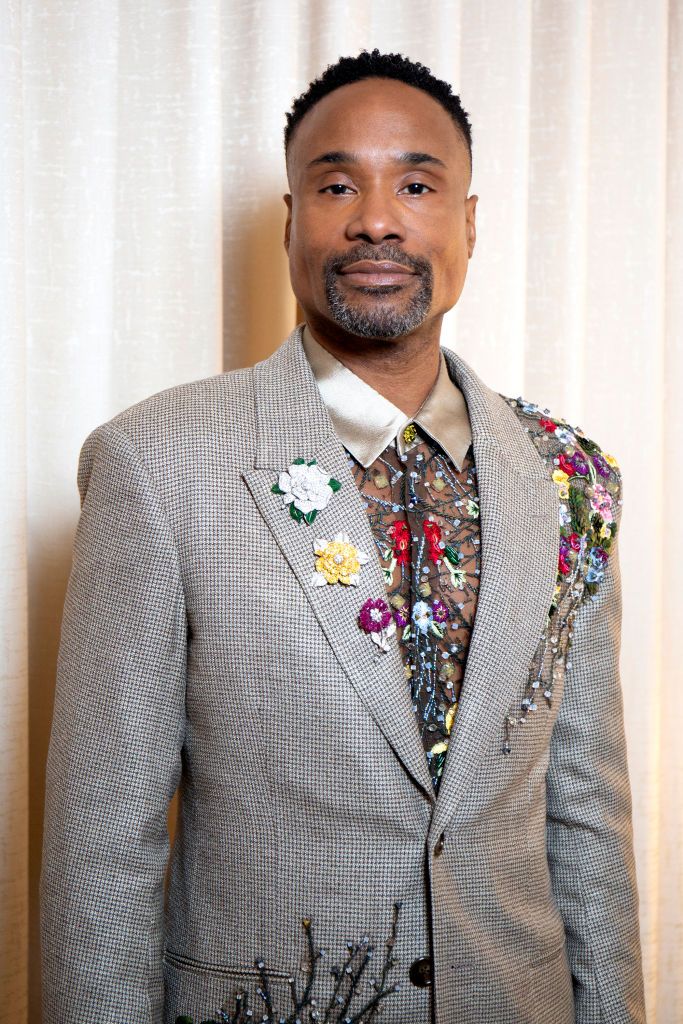 “I knew Billy would know how to work the red carpet just like a Pose runway, and it would require an ensemble with lots of sophisticated drama; it truly floats and gives Billy the perfect excuse to, as he would say, ‘serve the fashion,’” Rahm also told THR. “And I immediately knew this look would be a very important statement for Billy in many ways. It needed to speak to his amazing personality, the importance of his role on the groundbreaking show Pose, as well as the message we collectively want to send to the world regarding the fluidity of fashion, tolerance and acceptance.”

Porter’s best moments in the look didn’t come from the red carpet or the ceremony itself. Instead, it was this behind-the-scenes moment where he rides a golf cart in the most majestic way possible, serving the kind of fierce energy we’d like to carry through 2019. 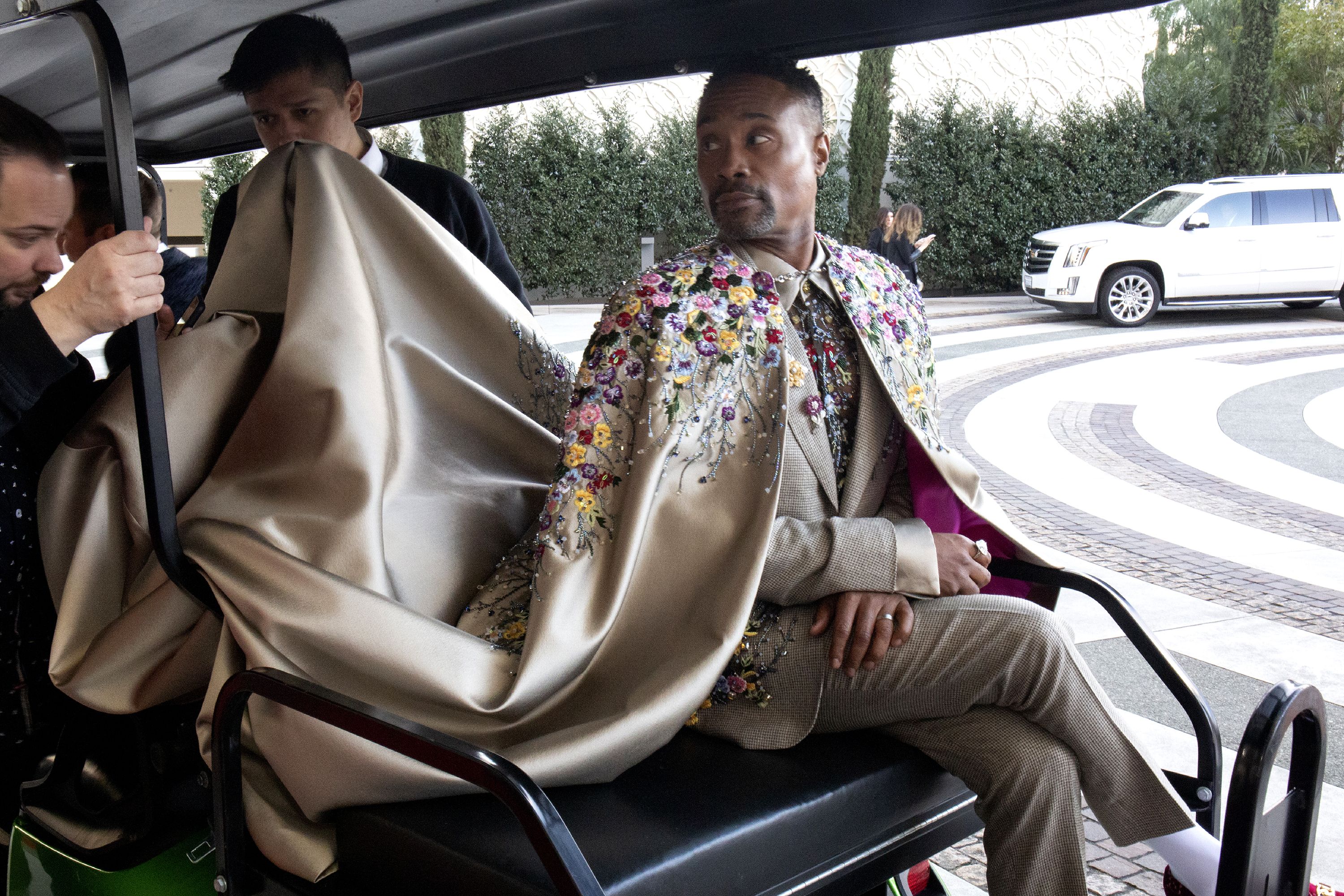 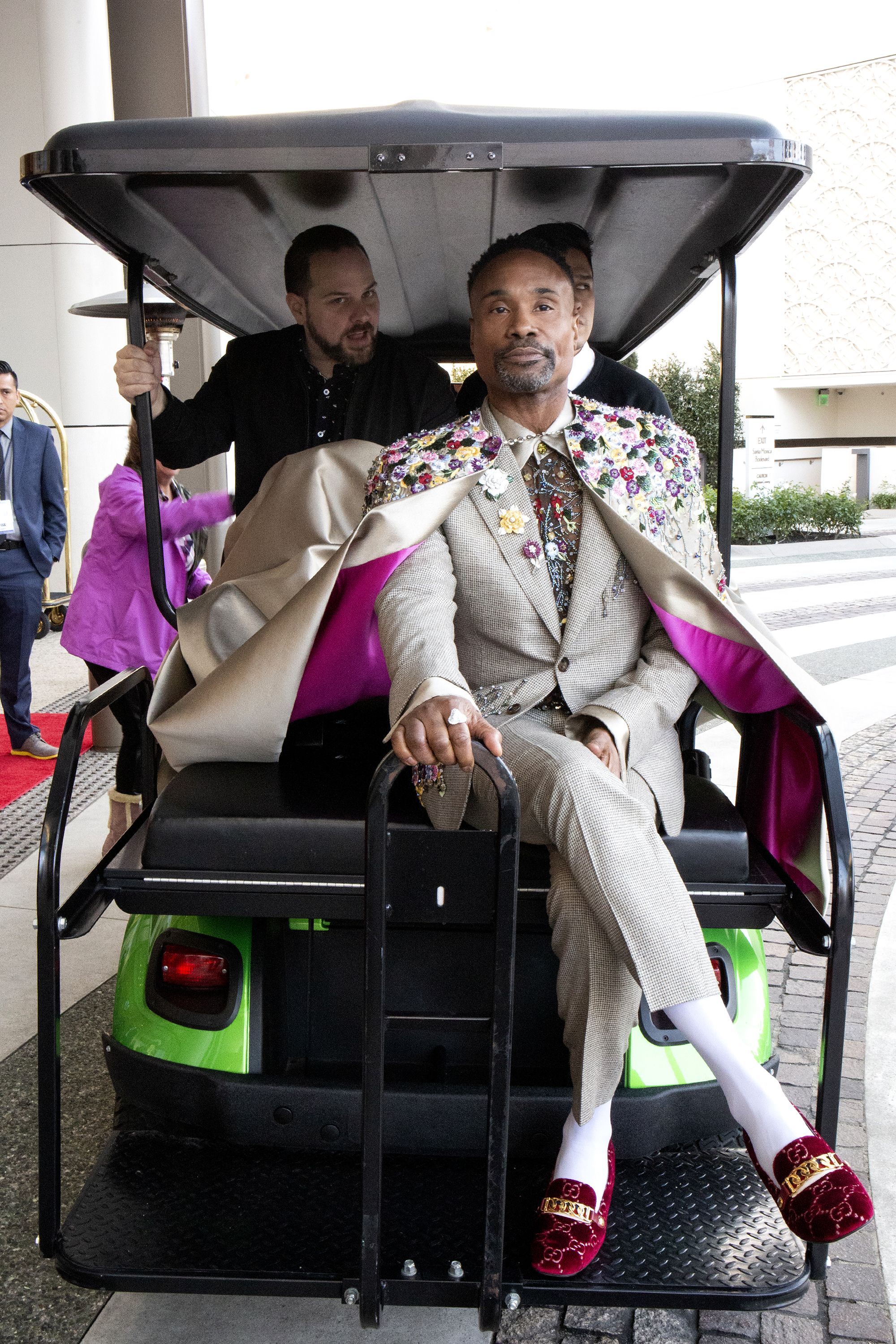 Thank you for blessing us with this look, Billy.