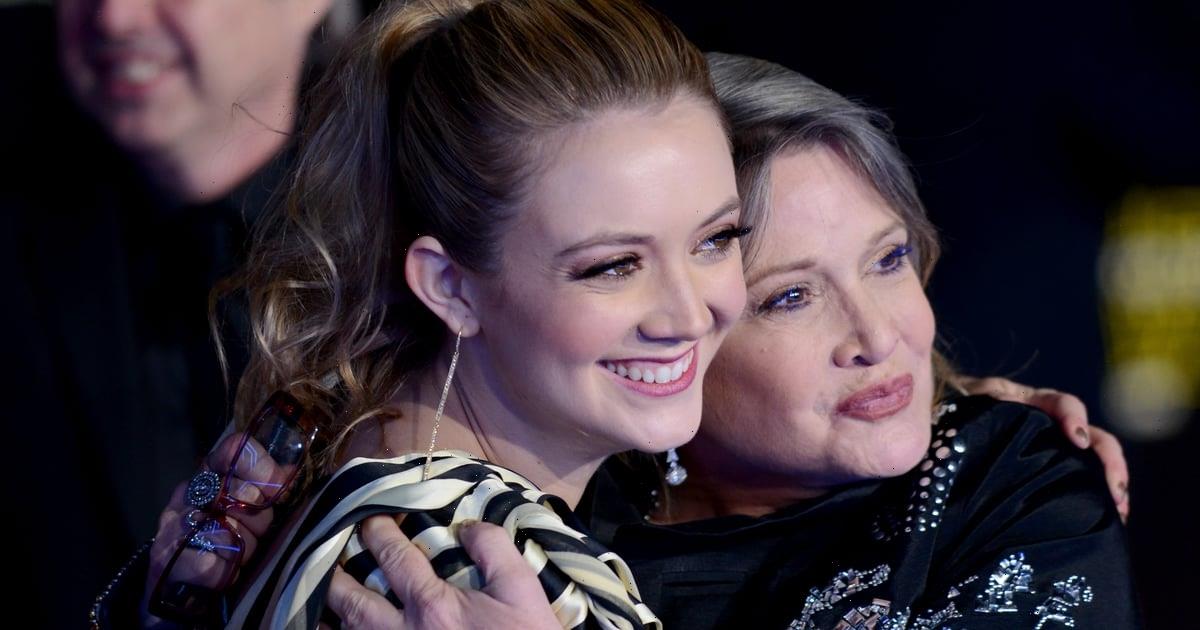 Six years after Carrie Fisher’s death, the world is still mourning the loss of a talented actress, writer, and mother. On Oct. 21, which would have been Fisher’s 66th birthday, Billie Lourd posted a tribute to her mother on Instagram, writing about her experience with grief and sharing a sweet childhood photo featuring her mom looking up at the camera. “My Momby would have been 66 today,” she began her caption. “I woke up this morning feeling like I should write some long wise grief advice caption like I know what the f*ck I’m talking about. But then I realized even after 6 years I still have no formula or map on what to do on days like these,” Lourd continued.

Lourd went on to say that although time has passed, she still doesn’t fully understand how to deal with her mother’s death. “You can never be an expert in grief. It is forever changing — the ultimate shape shifter,” she wrote. “And you never feel like you know exactly what to do or feel. And that’s okay. Whatever you feel is okay.” Lourd also reminded any followers going through a similar experience that they are not alone in their grief, on this day or any other. “Sending my love to all the griefers (yet another billie lourd petition to make this a real word) out there. You are not alone. ❤️” she wrote.

Lourd didn’t have a perfect relationship with her mother, but she still cherishes the bond they shared, calling Fisher “my best f*cking friend ever” in an October 2021 episode of the “New Day” podcast. She has also previously spoken out about her mother’s passing, after a coroner’s report obtained by The Hollywood Reporter found that Fisher had cocaine, opiates, and methadone in her system at the time of her death. “[She] battled drug addiction and mental illness her entire life. She ultimately died of it,” Lourd said in a statement to CNN back in June 2017. “I know my Mom, she’d want her death to encourage people to be open about their struggles. Seek help, fight for government funding for mental health programs. Shame and those social stigmas are the enemies of progress to solutions and ultimately a cure. Love you Momby.”