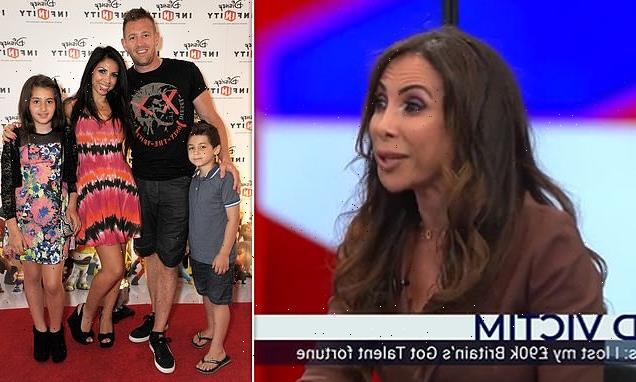 Britain’s Got Talent comedian Francine Lewis shocked GB News on Thursday when she accused her husband live on air of having an affair.

The impressionist, who shot to fame on BGT in 2013, was on the lunchtime programme to discuss fraud and how she lost her £90k Britain’s Got Talent fortune to scam artists.

At the end of the segment though Francine, 47, suddenly dropped the bombshell, telling hosts Patrick Christys and Inaya Folarin Iman that she had found out her husband of 12 years, Joel Ryan, 43, had been ‘cheating on me with his best friend’s girlfriend.’ 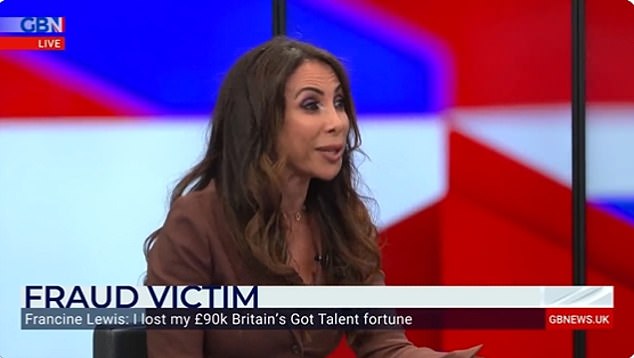 Bombshell: Britain’s Got Talent comedian Francine Lewis shocked GB News on Thursday when she accused her husband live on air of having an affair

‘There’s so many scams going on all the time, but you know what’s ironic? I stuck with my husband through this whole thing and last night I found out he was cheating on me with his best friend’s girlfriend,’ she said.

A shocked Patrick could only exclaim ‘gosh’ before Francine explained how she wished she had left her husband after he introduced her to the scam artists who swindled her out of her BGT fortune.

When asked by host Patrick if she was alright, Francine replied ‘I will be. I’m still in shock and numb but you know what I’ll get through it, I have to, I have two children.’ 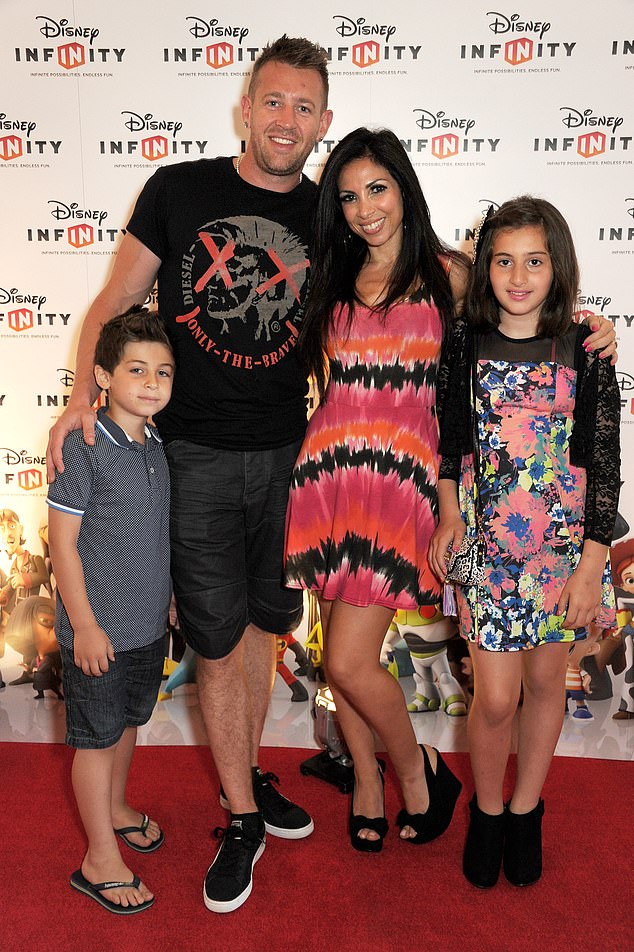 After Patrick called her ‘a very strong woman’ and pointed out her husband is ‘hopefully watching,’ Francine sounded emotional as she said ‘I just feel like such an idiot again.’

The comedian then launched into an impression of three-timed married Katie Price, saying: ‘Oh well looks like another divorce, what can I say? I love it.’

She then performed her take on Sharon Osbourne. ‘You know what Mrs, don’t let these men get to you. These scammers, me and my Ozzy will not let that happen.

Francine and Joel, who is the director of a construction company, married in 2010. They share two children, Brooke and Jake

Joel denied the allegations and told GB News: ‘I haven’t had an affair and I totally deny all of the claims made against me.’

‘I sent some messages to a friend’s partner and I hugely regret sending them, but I did not cheat or have an affair. I love Francine very much and I am ashamed of what I did and deeply sorry for the hurt I have caused. I just want to focus on my marriage.’ 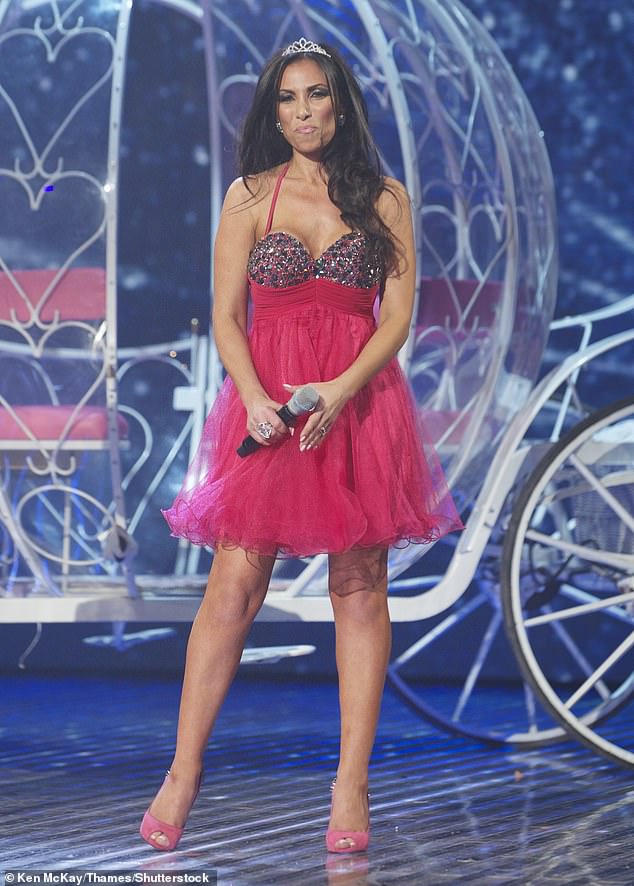 Impressions: The comedian, 47, shot to fame on the talent show (pictured) with her hilarious impressions of celebrities in 2013 and made it all the way to the semi-finals

Earlier this month Francine revealed how she lost her £90,000 earnings after she and Joel invested the money with a fake stock broker company.

The comedian shot to fame on the ITV talent show with her hilarious impressions of celebrities in 2013 and made it all the way to the semi-finals. She made a life-changing £90,000 during her time on the show and from subsequent tours and events.

But the mother-of-two told The Sun she was swindled out of her earnings as well as money she had saved for her children by devious ‘brokers’.

Francine explained that her husband Joel, 43, had been looking into investment opportunities in 2018 when he heard about Fomax Capital. 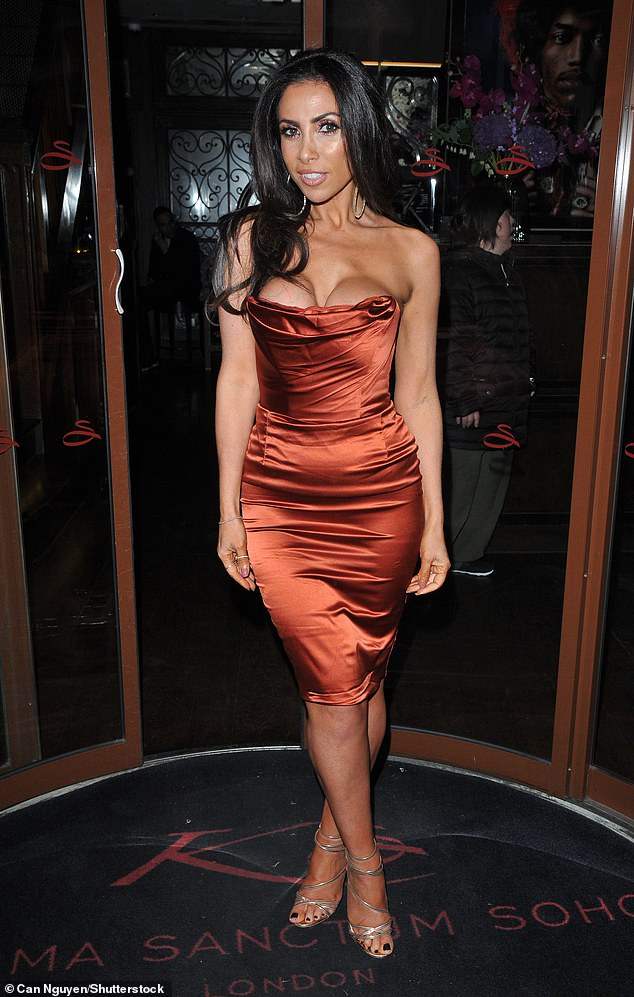 Fraud: Earlier this month Francine revealed how she lost her £90,000 earnings after she and Joel invested the money with a fake stock broker company (pictured in 2019)

After speaking with them, he was persuaded to put down a £500 low-stake investment before Francine and her father-in-law invested in what they thought was a respected stock brokers.

But Francine said they later realised that they had been scammed, and she vowed to never invest in a similar venture again after the fraud left her family devastated.

She told The Sun: ‘I handed them all my kids’ money that I had been saving from when they were born, that for me was the worst part of it.’

The impressionist admitted that she had a ‘gut feeling’ that it was a scam but said they were so convincing that she ended up getting ‘suckered in’ herself. 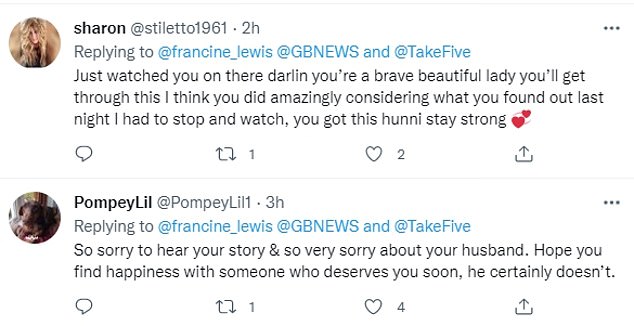 Support: Fans reached out to the BGT comedian on Twitter after the bombshell

Francine said her husband turned ‘white as a ghost’ when he realised that they had been swindled after he wasn’t able to get any of their money back and ‘collapsed’ from the stress.

She said she was stunned that the swindlers managed to trick her entire family as she recounted the ‘horrific’ ordeal.

The con artists even invited the married couple to visit their offices, as they had a registered address in London’s Canary Wharf – but were not regulated by the Financial Conduct Authority (FCA).

Francine said she was left unable to go on family holidays and had to cancel her son’s Bat Mitzvah, saying she now never buys anything online if she doesn’t know the company.

Speaking about how the scam affected her father-in-law, she said he had to continue to work despite his plans to retire because of the money he lost.

Francine rose to fame with her hilarious impressions of celebrities including Katie Price, Cheryl Cole and Stacey Solomon on Britain’s Got Talent in 2013.

She won over BGT judges Simon Cowell, Alesha Dixon, David Walliams and Amanda Holden and made it all the way to the semi-final.

But she has previously admitted that she initially had reservations about auditioning for the ITV1 talent show.

Francine explained: ‘A researcher contacted me after seeing my stuff on YouTube and asked me to audition for the show.

‘I did have reservations because it’s the biggest show on TV and you don’t know how it’s going to go. But I am ready to come back into the business after having a long time off to raise my kids.