Beyonce turned heads for all the right reasons at the 63rd Annual Grammy Awards at the Los Angeles Convention Center. The music superstar pulled out all the stops in a risque minidress.

This is so overwhelming

It turned out to be a big night for the 39-year-old, who became the most decorated female artist at the Grammys.

The pop titan won four gongs from her nine nominations to make it 28 over her career, surpassing the 27 of bluegrass-country singer Alison Krauss.

She also triumphed in the categories for best rap performance and best rap song for Savage, her collaboration with Megan Thee Stallion. 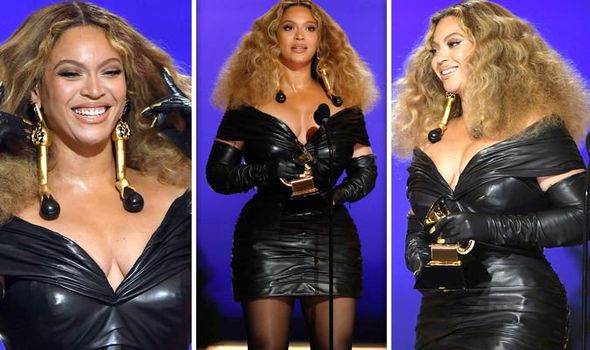 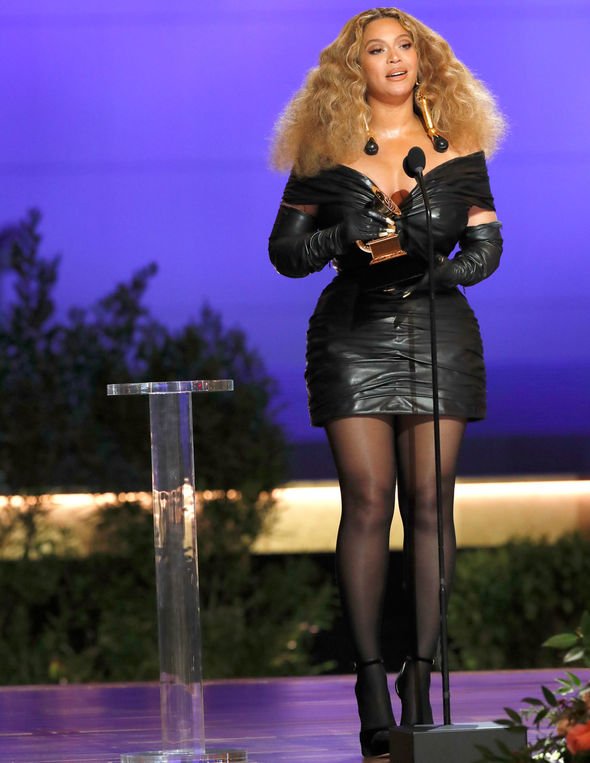 The haul means Queen Bey is level with revered producer Quincy Jones as the acts with the second most Grammy wins.

The late conductor Georg Solti remains the most successful, with 31.

Before delivering the acceptance speech for her fourth and final award of the day, Beyonce hugged husband Jay-Z.

She fought back tears while recalling her glittering career and paid tribute to black artists who “continue to inspire me and inspire the whole world”. 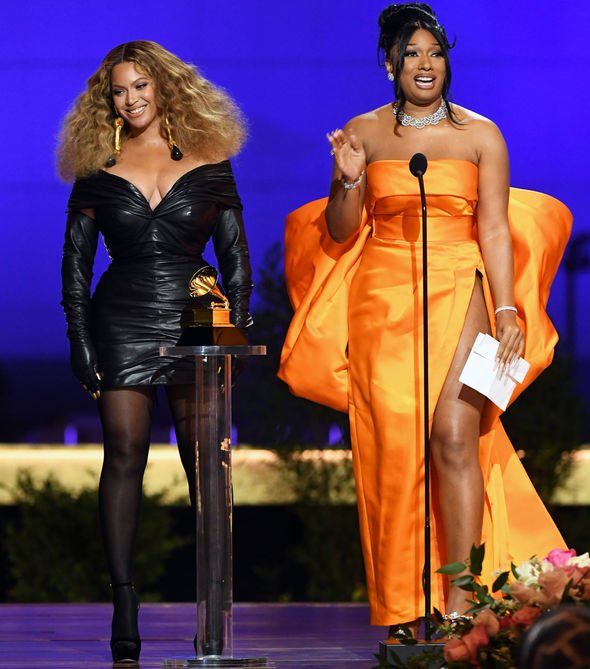 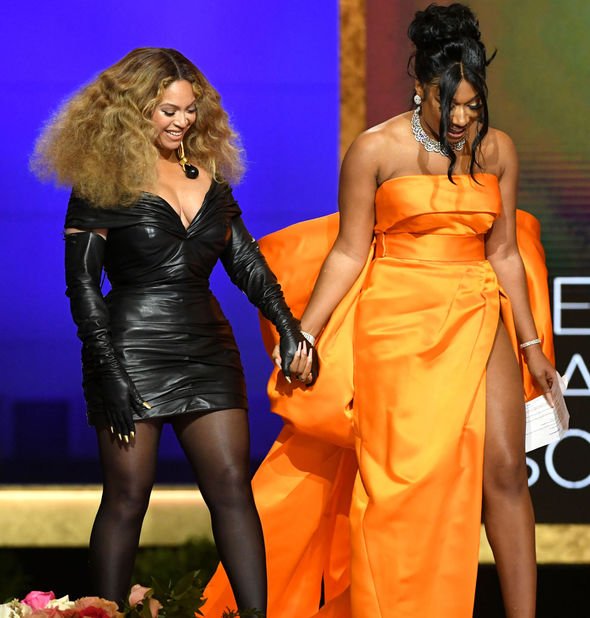 She said: “I am so honoured, I am so excited. As an artist I believe it’s my job and all of our jobs to reflect the times and it’s been such a difficult time so I wanted to uplift, encourage, celebrate all of the beautiful black queens and kings that continue to inspire me and inspire the whole world.

“This is so overwhelming. I have been working my whole life, since nine years old and I can’t believe this happened, it’s such a magical night. Thank you so much.”

She paid tribute to her three children, including oldest daughter Blue Ivy, nine, who shared the best music video Grammy with her.

Blue Ivy is the second youngest winner in Grammy history.

The only winner younger than Blue Ivy is Leah Peasall, who was eight in 2002 when recognised for her appearance on the O Brother, Where Art Thou? soundtrack, which won album of the year.

Adding to a day to remember for Beyonce’s family, Jay-Z shared the best rap song Grammy as he co-wrote Savage.

Wearing her tresses down in a voluminous ‘do, Beyonce appeared to go braless in her jaw-dropping outfit.

Her leather dress struggled to contain her assets with its off-the-shoulder neckline and plunging front.

The number highlighted her incredible curves and was worn with long, matching gloves.

Beyonce also accessorised with large gold earrings that rested on her decolletage and sky-scraper heels.

She and Jay-Z made a surprise appearance at the Grammys, after the Recording Academy said she wouldn’t be attending.

One viewer wrote: “Who else was GAGGED to see Beyoncé. Like holy s**t she looks great. The GLOVES!”(sic)