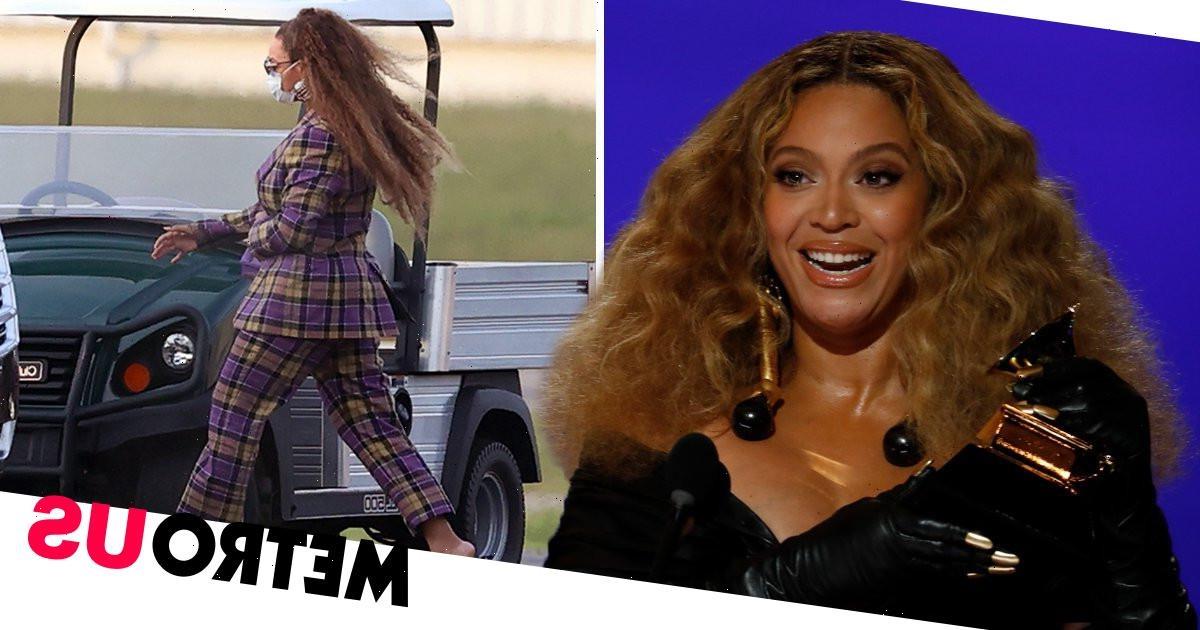 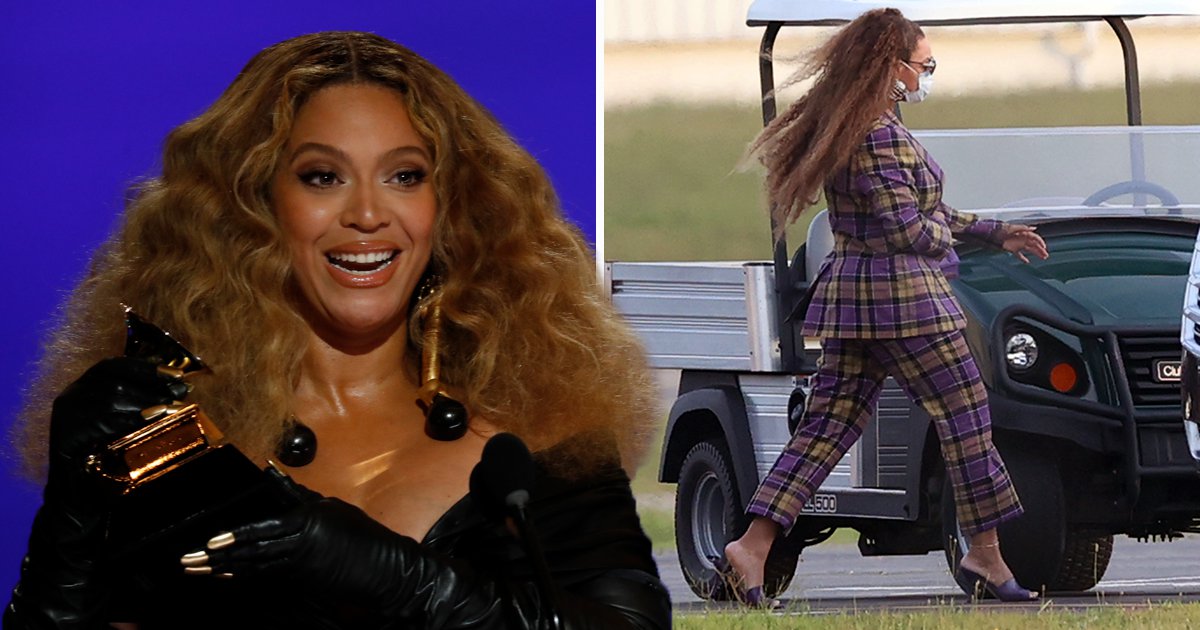 Beyonce is making the most of her much-deserved time off, before her new music is shared with the world.

The Bills, Bills, Bills singer, 39, was spotted landing in the Hamptons with her kids in tow, for a mid-summer break.

She was pictured looking seriously fierce in a purple and yellow checked suit, which she paired with black heels and sunglasses.

Honestly, how does Bey slay so hard at the airport?

The mum-of-three was seen with her children following behind her, as the famous family prepare to unwind.

Beyonce’s appearance comes after she got very honest in a new Harper’s Bazaar interview, sending the BeyHive buzzing with a musical update.

Spilling the beans on getting back into the studio, she teased: ‘With all the isolation and injustice over the past year, I think we are all ready to escape, travel, love, and laugh again. I feel a renaissance emerging, and I want to be part of nurturing that escape in any way possible.

‘I’ve been in the studio for a year and a half. Sometimes it takes a year for me to personally search through thousands of sounds to find just the right kick or snare.

‘One chorus can have up to 200 stacked harmonies. Still, there’s nothing like the amount of love, passion, and healing that I feel in the recording studio.

‘After 31 years, it feels just as exciting as it did when I was nine years old. Yes, the music is coming!’

While we’re all suitably whipped up into a frenzy by those last four words, it has now been suggested that ‘the music’ she referred to could actually be new Destiny’s Child bops.

Which is a direction we absolutely weren’t expecting this to go in.

The group – consisting of Beyonce, Kelly Rowland, and Michelle Williams – haven’t released any new music in more than a decade, but last performed together three years ago on stage at Coachella.

However, fans are convinced that this may be about to change as the logo on their Facebook and Twitter pages were changed.

While that may just signal a standard revamp, we’ll be listening to the iconic Survivor album on repeat until we get more information.