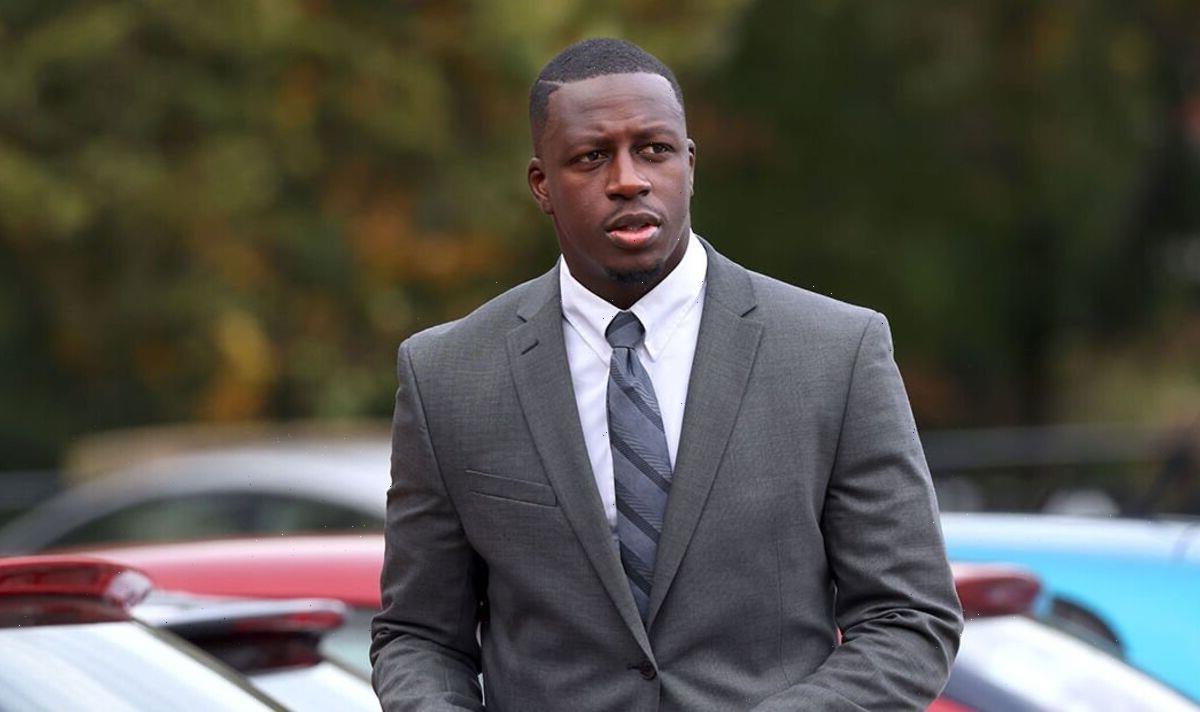 Trial of Benjamin Mendy on rape charges begins in Chester

Manchester City defender Benjamin Mendy told his rape trial he feels “embarrassed” about holding house parties during lockdown – but denies raping a woman at one gathering.

The 28-year-old footballer denies raping one woman three times at a party in October 2020 and sexually assaulting another during a different gathering in March 2021.

Giving evidence at his trial this morning, Mendy began by telling jurors he had stopped being paid by the Premier League club in September 2021 – shortly after his arrest and remand into custody.

He was then asked by his barrister Eleanor Laws KC why he had broken lockdown rules.

Mendy said: “I knew the rules. These things go quickly. You send one message and you start to get excited about the party. I was not thinking about [the rules].

“I was feeling happy when I was doing some partying. When I’m alone or quiet is when I start to think about some stuff that happened to me and I start to get sad.

“It was wrong to have done that. I regret it and to say that in front of everyone I feel embarrassed. It was not the right thing to do.”

I was feeling happy when I was doing some partying. When I’m alone or quiet is when I start to think about some stuff that happened to me and I start to get sad

The French International is accused of raping and sexually assaulting a total of six different women on five different occasions at his home in rural Cheshire between October 2018 and August last year.

Chester Crown Court previously heard Mendy grabbed a phone from a woman attending one of his parties in October 2020 and looked at naked pictures of her.

He told jurors today: “I was like ‘Wow do you have more?’ I said ‘Very sexy, some nice stuff’ then after that I asked her if she had more.

“She said ‘Yes I have more’ and then I asked if we can go upstairs to my bedroom to show me more pictures of her. She was happy with that.”

The woman claims Mendy raped her vaginally, orally and anally but Mendy denied this – stating the pair only had consensual oral sex.

He said: “At no point was she concerned or wanted to leave.”

Mendy was then asked about a woman he is accused of grabbing by the crotch during a party at his home in March 2021.

He claimed he accidentally “brushed past” the woman but admitted she had accused him of assaulting her shortly after the alleged incident while they sat round the pool.

He told jurors: “She said about me doing something upstairs. I said ‘What?’ She said ‘You know’. I said ‘Listen for everything you think I have done, I am sorry for that. Just carry on.”

Mendy also denied attempting to rape a woman at his home in 2018, claiming she was “flirting and having banter” with him but then refused to have sex because she had already slept with one of his friends

He told jurors the woman became upset when he told her he had already asked his friend, and he had agreed Mendy could sleep with her.

Mendy said: “I realise it is disrespectful and bad but I asked him if it was okay if I try to have sex with her. He told me yes.

“I went upstairs, the bedroom was open. I kept going to the en suite and the door was open and she was in the shower.

“At no point did she tell me to leave or make a comment like ‘What are you doing here?’ or seem shocked.”

Mendy said the woman was “smiling” at him as the pair touched each other on the bed after she got out of the shower.

The woman previously told jurors she was showering when Mendy walked in uninvited and told her “I just want to see you” before pulling her onto his lap on a bed.

She gave evidence that she repeatedly told him to stop and kept trying to push her off him.

Also on trial is Mendy’s friend and ‘fixer’ Louis Saha Matturie, 41, who is accused of finding women for Mendy to have sex with.

Both men say any sex was consensual.