Ben Stiller just arrived on the Emmys red carpet and brought *the* most amazing plus-one: his daughter, Ella Stiller. The actor, whose mega-hit show Severance is nominated for a whopping 14 (!!) awards tonight, looked like a bona fide star alongside Ella, who donned a stunning black dress with a slit, and the pics are truly *chef’s kiss*: 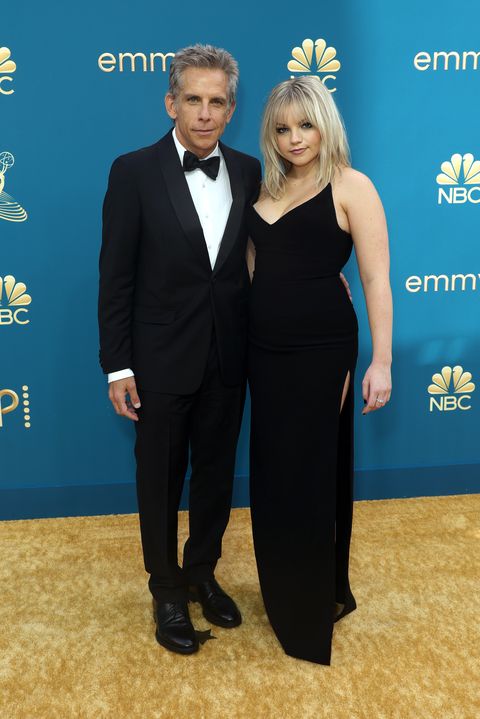 Earlier tonight, the actor chatted with Access Hollywood’s Kit Hoover and Mario Lopez on the red carpet about Severance and how much he enjoys working on the project. Hint: He’s kind of obsessed in the best way possible. Ben raved about directing the hit Apple TV+ show, and shared, “I love it. Since I was a kid, I wanted to be a director…Working with these amazing actors in the show, it’s just been a really great experience.” Obsessed! The Night at the Museum actor *also* dished a bit on the documentary he’s making about his parents, aka the legendary comedy duo Jerry Stiller and Anne Meara.

Buuuut back to Severance, which, if ya haven’t heard, already ended up winning Outstanding Main Title Design and Outstanding Music Composition for a Series (Original Dramatic Score) so far, NBD. The show recently aired its final episode in April, and the storyline resonated so well with its audience that it instantly got people talking about allllll the deets surrounding the third season.

Luckily, Ben confirmed the exciting news that the show would come back yet again in a post on Instagram before he dished to Variety, “It’s really exciting to see the response from people who are loving the show, and the level of fan engagement. It has been a long road bringing Severance to television. I first read Dan’s pilot over five years ago. It has always been a multi-season story and I’m really happy we get to continue it. I’m grateful to our partners at Apple TV+ who have been behind it the whole way. Praise Kier!”