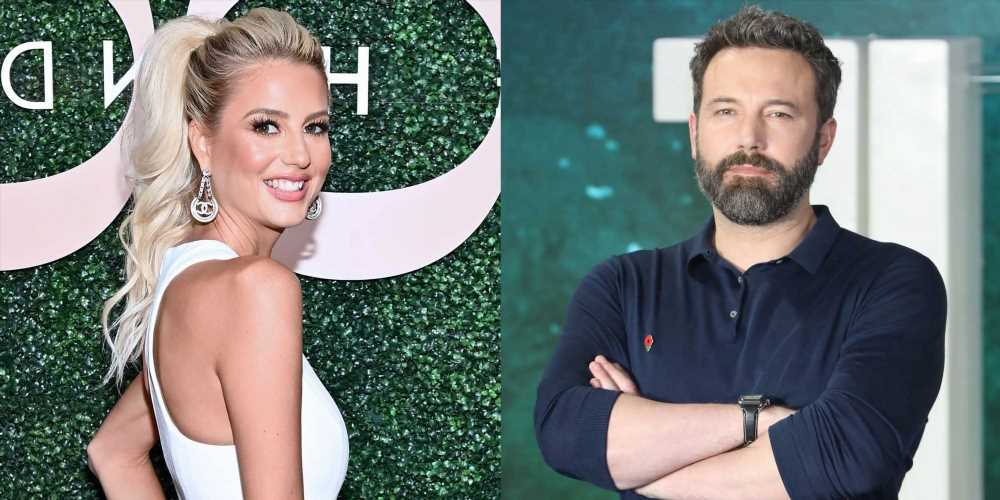 Today in Celebrity News We Never Saw Coming, Ben Affleck is denying a story about him reaching out to Selling Sunset star Emma Hernan on a dating app. Life, right?

So, how did we get here? In a scene from the new season of Selling Sunset that dropped on Netflix Friday, Emma and Chrishell Stause are chatting and Emma mentions that Ben slid into her DMs on the super exclusive, celebrity dating app, Raya. And, according to Emma, he did it more than once.

Ben, apparently, did not appreciate the segment and issued a formal denial of Emma’s story via his rep, who told People, “Raya has confirmed that he has not been an active member for several years.”

The “for years” bit is important, since we know Ben does have a history on the app. Last spring, a TikToker went viral when she shared her story of matching with him on Raya, thinking he was fake and unmatching, and his perfect response/proof of his realness via an Instagram DM video:

Chrishell mentioning that viral moment with was actually what prompted Emma to share her own Ben-on-Raya anecdote. And, for the record, Team Emma does not seem ready to walk back the claims in light of Ben’s denial. In fact, sources close to the Selling Sunset star actually “believe Ben’s ‘denial’ is not a denial at all because they are not saying he never hit her up … they’re just saying he hasn’t been on Raya for years,” according to TMZ, which also reported that, “We are told Emma insists Ben did hit her up on Raya back in 2019.”

FWIW, Emma and Chrishell’s Selling Sunset convo actually includes some timeline hints that seem to contradict the TMZ source’s claim that the alleged Raya DMs went down in 2019. When Emma reveals that Ben asked her out on the app, Chrishell responds by joking that she “could’ve foiled Bennifer” (aka Ben’s high profile reunion with Jennifer Lopez) and that “he was on the hunt.”

Emma’s response: “Right? It was right before that. So, maybe that wouldn’t have happened. We have the Boston connection. So, that was his opening pick-up line.”

Since Ben and Jen first reconnected in May 2021, the Raya encounter with Emma couldn’t have been both “right before that” *AND* “back in 2019.” Maybe Emma just thought Bennifer 2.0 have been a thing longer than they have since their love does have a v timeless quality?