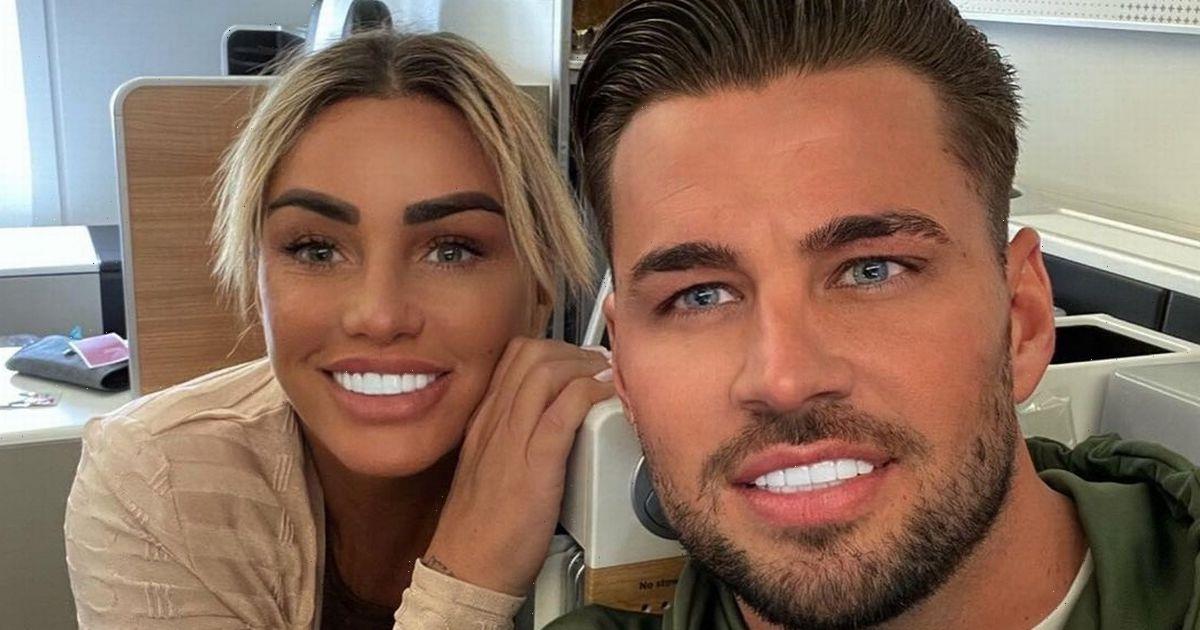 Katie Price has jetted off on her tenth holiday of the year amid rumours of a fresh split from her fiancé Carl Woods.

The former glamour model, 44, has taken her to social media to post a snap of her recent holiday which features a coconut-inspired drink wedged between her bare feet.

She captioned the fruity photo "Vibes" with a unicorn emoji.

It is said the star was also spotted posing for photos with fans while inside the airport.

"She's gone away with Harvey, Jett and Bunny for a bit of quality time as a family," a source revealed to The Sun. "Carl's not there. It's just a family trip."

OK! has reached out to Katie’s representatives for comment.

The trip comes after the star has reportedly grown close to wellbeing expert and motivational speaker Jamie Kerr, as her and Carl's on-off romance could be over for good.

Jamie and Katie "get along really well" and he's been a "great support" to the mum-of-five, according to an insider.

“They attended a friend’s birthday party together last week and seemed really comfortable in each other’s company," a source told The Sun.

They added: “Jamie is a really inspiring person and the good energy Katie needs to be around right now. He’s also made no secret of how stunning he thinks Katie is.”

Reports of Katie's closeness with Jamie come as the former glamour model is believed to have called it quits with former Love Island star Carl, who she has been dating since 2020.

Rumours that Katie and Carl's romance may be on the rocks first began circulating back in July after Carl was said to have “had enough” of the drama attached to his fiancée’s life amid her ongoing legal battles.

Katie sparked more speculation she'd split from Carl after she told partygoers she was single during a boozy night out. A source at the event claimed Katie had told her pals that she and Carl had parted ways, but was still spotted wearing her engagement ring.

"She was out with friends and seemed to be in good spirits as her relationship remains up in the air. Carl was not there and Katie was telling strangers that it was over between the pair – but is still wearing her engagement ring," the insider told The Sun.

A furious Carl then denied the rumours before Katie appeared to announce their split once again on her verified TikTok account – but she later insisted she'd been hacked.

Katie has faced a difficult few years and was declared bankrupt for the third time in 2019 after failing to repay a debt of £3.2million.