Things got awkward in Indio! Jordyn Woods crossed paths with Kendall Jenner at The Coachella Valley Music and Arts Festival weeks after she made headlines for “making out” with Khloé Kardashian’s then-boyfriend Tristan Thompson — and there were no smiles.

An insider tells Us Weekly that Jenner, 23, and Hailey Baldwin “were sitting at their own cabana table” next to Woods, 21, her mom, Elizabeth Woods, and Jaden Smith at the Bootsy Bellows party presented by McDonald’s & PacSun on Saturday, April 13.

“Hailey and Kendall saw Jordyn and both gave her a stare,” the onlooker explained. “Jordyn was visibly uncomfortable by their reaction. As Jordyn was sitting, her and her mom were in a bit of an argument and she told her mom, ‘I don’t want to discuss this right now.’”

The insider added that Jordyn “didn’t stay long after that and she was telling people she was ‘ready to leave.’” As for Jenner and Baldwin, 22, the source notes that “once Jordyn left” they “became a lot more social with everyone.”

Prior to her run-in with Jenner, Jordyn was in good spirits as she got close to a mystery man on Friday, April 12, at Coachella. She later took the stage and danced alongside Smith, 20, during his set. 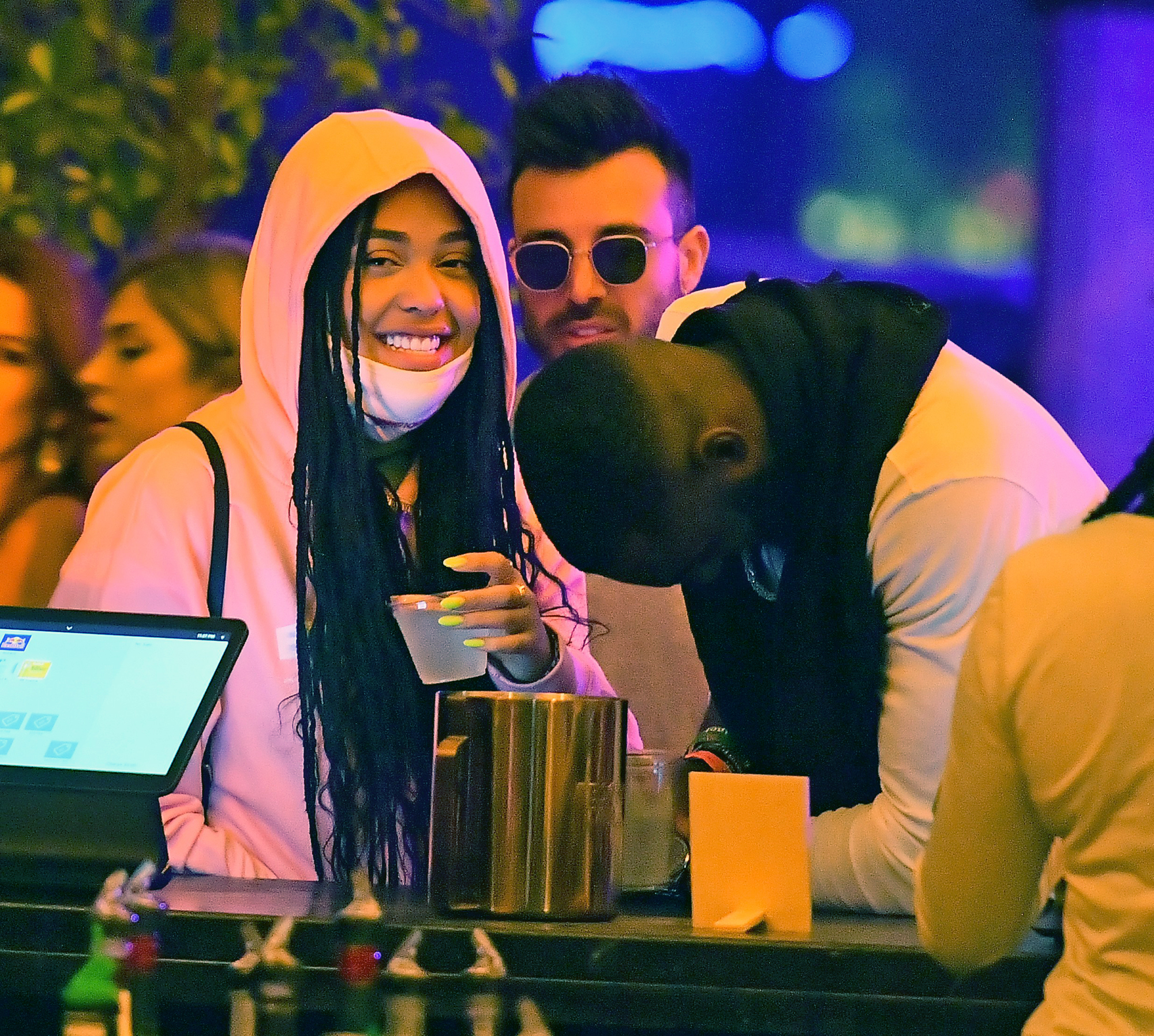 Jordyn and Thompson, 28, were spotted getting cozy at a Los Angeles party in February, while the athlete was still in a relationship with Kardashian, 34. The infidelity led the Strong Looks Better Naked author to split with Thompson, nearly 10 months after he first came under fire for cheating with multiple women while Kardashian was pregnant with their now-12-month-old daughter, True.

Days after the scandal broke, Jordyn spoke out during a Red Table Talk interview with Jada Pinkett Smith, where she confirmed she did kiss the Cleveland Cavaliers player but there was “no passion” and “no tongue.”

She added: “Never once was I giving him a lap dance, making out with him, sitting all over him. It’s just … we’re all together. We’re in a group. Never once did we leave the public area [and] go to a bedroom [or] a bathroom.”

As for Jordyn’s current friendship status with former BFF Kylie Jenner, a source told Us earlier this month that the lip kit maven “still isn’t over the situation.”

The insider added: “Even though she’s out and about with friends like Heather [Sanders] and spending time with her team like Ariel [Tejada], they aren’t the same as Jordyn and not her ‘best friend.’ Jordyn was like a sister to her, and while she’s very close with her team and considers them her friends, she also knows they are employees and she pays them, so they have a different relationship.”