Flanked on either side by Miss Colombia and Miss Australia, Miss USA Sarah Rose Summers let out a peal of laughter.

The 24-year-old had just finished talking about how Miss Vietnam H'Hen Nie "pretends to know so much English", capping her remarks with an imitation of her fellow Miss Universe contestant. Later, Summers touched on how "confusing" things must be for Miss Cambodia, Rern Sinat, because she doesn't speak English and "not a single other person speaks her language". "Poor Cambodia," Summers added. 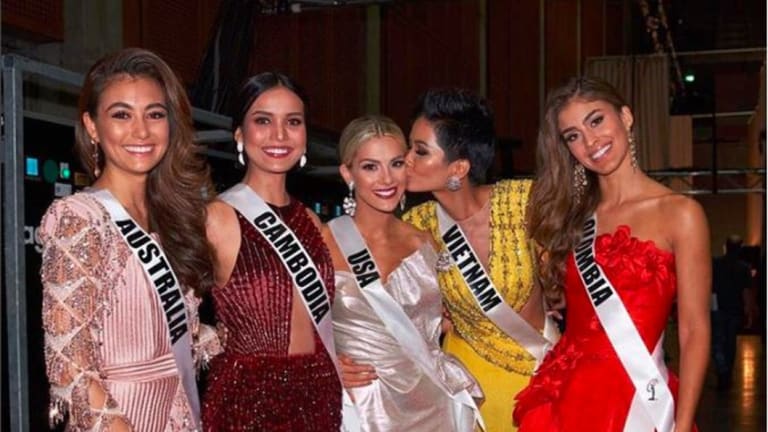 Miss Australia Francesca Hung, left, was captured in a video with Miss USA and Miss Colombia commenting on other contestants’ lack of English.Credit:Instagram/Francesca Hung

The comments, which were streamed on the Instagram page of Miss Colombia, Valeria Morales, to her more than 300,000 followers earlier this week, have since gone viral, with many calling Summers a "bully" and condemning the remarks as "racist" and "bigoted". Morales and Miss Australia, Francesca Hung, have also been criticised for their part in the video.

On Thursday, Summers issued a lengthy apology for her behaviour, sharing a photo to her Instagram account that showed her smiling and embracing Sinat, while Nie hugged Morales and Hung.

"In a moment where I intended to admire the courage of a few of my sisters, I said something that I now realise can be perceived as not respectful, and I apologise," Summers wrote in the post. "My life, friendships, and career revolve around me being a compassionate and empathetic woman. I would never intend to hurt another."

She added: "I am grateful for opportunities to speak with Nat, Miss Cambodia, and H'Hen, Miss Vietnam, directly about this experience. These are the moments that matter most to me."

Ms Hung did not post an apology on her page but posted an image of her with Miss USA, Miss Cambodia, Miss Vietnam and Miss Colombia with a heart emoji.

In the live-streamed video, Summers appeared to read a question posted by a viewer, before asking: "What do you think about Miss Vietnam?"

Hung and Morales instantly jumped in, talking over one another as they clamoured to compliment Nie on her sense of fashion.

"She's so cute," Summers said, before taking the conversation about Nie in another direction.

"And she pretends to know so much English, and then you ask her a question after having a whole conversation with her and she goes," said Summers, trailing off as she did an impression of Nie mutely smiling and nodding. Laughing, Summers added: "She's adorable."

"How?" Morales asked, prompting Summers to repeat her imitation. Hung could be seen grinning as Morales and Summers burst out in laughter.

Later on in the video, Summers mentioned Sinat, appearing to express sympathy for the 23-year-old.

"Miss Cambodia is here and doesn't speak any English and not a single other person speaks her language," she said. "Can you imagine?" 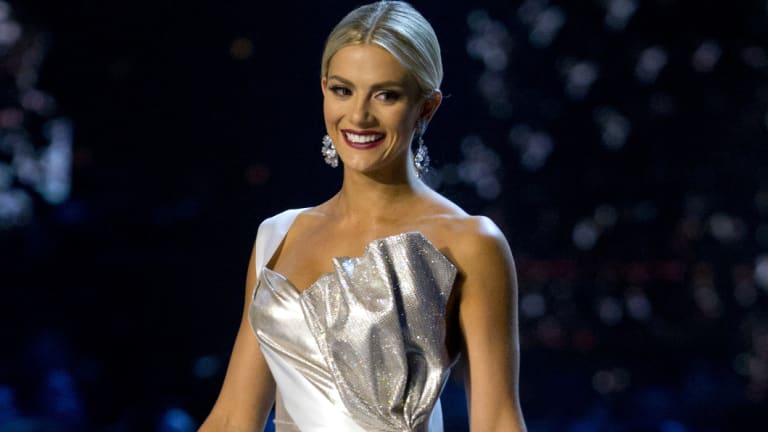 She continued: "Like, Francesca said that would be so isolating and I said, 'Yes, and just confusing all the time'."

Motioning toward Morales, Summers complimented her on her English, noting that the Colombian model is also fluent in Spanish. When Morales brought up Miss Brazil Mayra Dias not speaking English, Summers and Hung pointed out that other contestants can speak Portuguese.

"It's really hard," Morales said, and Hung echoed the remark.

On social media, the video clips generated fierce outcry, including calls for the three women to be disqualified from the Miss Universe competition. The pageant is set to take place on Sunday in Bangkok. 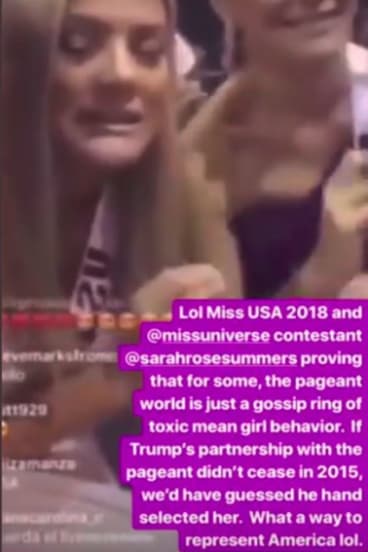 A popular fashion-focused Instagram page called Diet Prada, which has nearly 1 million followers, slammed Summers in a series of posts, accusing her of "proving that for some, the pageant world is just a gossip ring of toxic mean girl behaviour".

"Regina George, is that you?," one post said, comparing Summers to the notoriously two-faced queen bee from the 2004 film Mean Girls.

"This is basically what normalised xenophobia looks like," the post went on to say. "If she's trying to show empathy, the condescending, intolerant tone tells a different story. A reminder that you're participating in a competition in a country/continent where English is NOT the primary language."

Other critics said the women's behaviour was representative of "Trump's America". From 1996 to 2015, President Trump was a co-owner of the Miss Universe Organisation. A number of former contestants have alleged that Trump displayed inappropriate behaviour at pageants, ranging from walking into changing rooms to making derogatory comments about women, Rolling Stone reported in 2015. The President has denied all these accusations.

"The ignorance," one Twitter user wrote. "She just sent herself home along with Australia and Colombia. English is not the only language in this world,… and it's not mandatory to speak it."

Another person tweeted, "She's living up to her title. That's an extremely American thing to do."

Others, however, supported Summers and praised her for her apology.

"You meant no harm," one person wrote in response to Summers's Instagram post. "Takes a lot of courage to own up to a true mistake and apologise!" 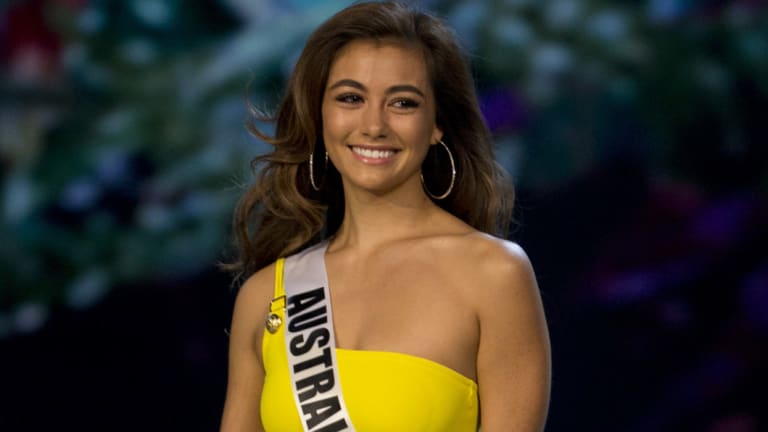 Several people defended her character, saying she has a "heart of gold".

"Those of us who know you know how sincere and compassionate your heart is," a person wrote on Instagram. "The media can yank things out of context, but your grace and spirit set things aright."

By Thursday, it appeared that none of the Miss Universe contestants involved in the controversy harboured any ill will toward each other. Along with Summers, Hung, Nie and Sinat all shared pictures to their Instagram accounts that showed the five women smiling and hugging each other.

"My friendship and sisterhood in Miss Universe will forever be kept in my heart," Sinat wrote. "Our experience have given us the opportunity to show and learn different cultures. I speak the language of love, respect and understanding. I love you my sisters."

Nie wrote that "tomorrow will be brighter," adding, "Hugs and kisses. We are a family."